An entity with regrets stays in this place of comfort.

There are several theories as who this entity could be… 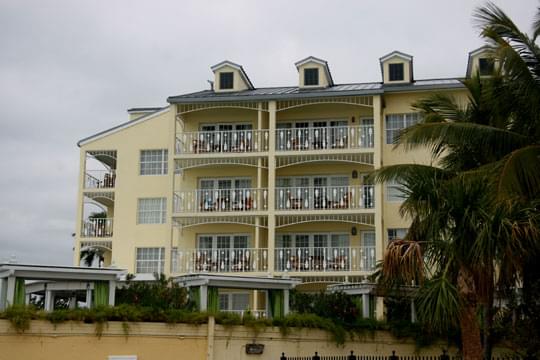 This glorious, waterfront resort is the perfect place for an upscale holiday, offering many fine amenities as well as a choice of accommodations. The pictures of the resort on their web site are very inviting.It is obvious that the parent company has worked very hard to offer a top-notch resort. One can choose from among its 100 rooms and suites; some offering views of Duval St. on one side of the resort, or some offering ocean view balconies on the other side, where the Gulf of Mexico meets the Atlantic Ocean. The decor is island style, and very well done indeed!

The first modern structure that was built on this ideal location, was a high-rise building containing 68 time-share condominium units, called Reflections Time-Share.

Reflections was built on this spot in 1982. This first building looked out of place, being that it was located beside historical buildings and places as old as Key West itself! Perhaps it was built on land that originally had a structure; an older home or business, as this is a prime commerce area, close to Mallory Square. In the 1970s and 1980s, many parts of the country lost their collective minds and tore down older structures of value to some, and built modern buildings, without any thought to the character of the historical buildings around it. It was a glorious place for a time-share vacation spot.

By 1989, Reflections was renovated into a 100 room hotel, then called The Ocean Key House Hotel. Unfortunately, petroleum was found underneath this hotel, causing some expense to the owners. It was probably dumped there during an earlier time. During the 1990s, more improvements were made.

A Marina was purchased, and along came a name change to reflect this new amenity: The Ocean Key House Suite and Marina.

In 1998, this promising property was bought by Noble House Hotels, who own resorts and fine hotels all over the United States. The Ocean Key House Suite and Marina officially became part of The Noble House Resorts Collection on July of 2003. When a new Noble House signature spa, called SpaTerre was opened here in 2005, this resort was renamed Ocean Key Resort and Spa.

An entity with regrets, and wistful memories has chosen to stay in one of the third floor suites that overlooks Duval Street.

Not much is known about it. It is not known when these incidents started, as no one at the resort is talking, because they don’t want ghost stories about their place of business to be well known, scaring away guests. There are some educated guesses or theories as to who it might be.

It could be the resident of an earlier structure, that might have been built on this land before the modern condos were built here. It is a prime piece of real estate, right by the water, and right next to Mallory Square! Sometimes spirits who were displaced because their cherished home or special earthly place was either knocked down by the wrecking ball, or built upon by the living, still choose to stay, and inhabit the new structure built upon the land of their former home.

It could be a former inhabitant of one of the original condo units; A time-share vacationer who isn’t letting death get in the way of his eternal vacation. When renovations are made to an older building, the entities who were attached to the original structure, sometimes still stay around, though not always happy with the new changes, but are willing in the end to roll with the punches.

It could be a former guest of this resort who wants to spend eternity here in his/her favorite suite, remembering better times, or mourning sad moments, dwelling on regrets from their time in life. 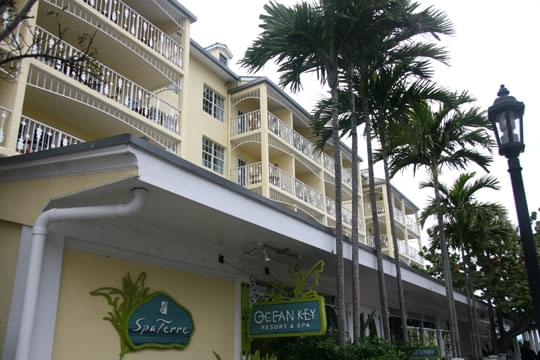 The following alleged paranormal incidents were told and circulated by former guests of the resort:

During the night, items left on the bureau are moved around.

Chilling cold spots are felt during the daylight hours. Guests have felt an unseen presence very close to them. On one occasion guests awake to an unseen presence, sitting on the edge of the bed. Though they can’t see it, they feel the weight of the entity.

In this suite, wistful sighs are heard, from an unseen, sad and perhaps lonely presence.

The sound of jingling keys is also heard.

The entity likes to turn on and off lights, and move the curtains, always changing what was done by the guests. So when the guests return to their room, the lights and curtains are never the same. This happens in both the daylight and evening hours.

While no hard evidence has been made known to the general public, guests who have stayed in this suite have claimed to have personal experiences with this entity. They may have great imaginations, or it could actually be a real haunting. 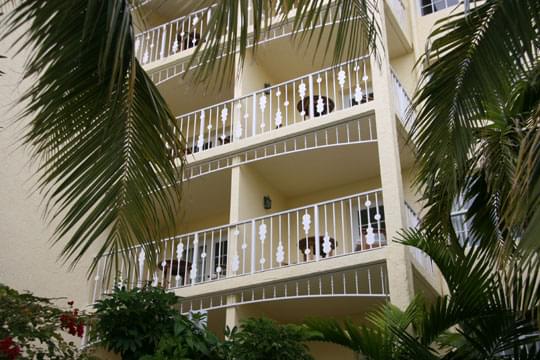 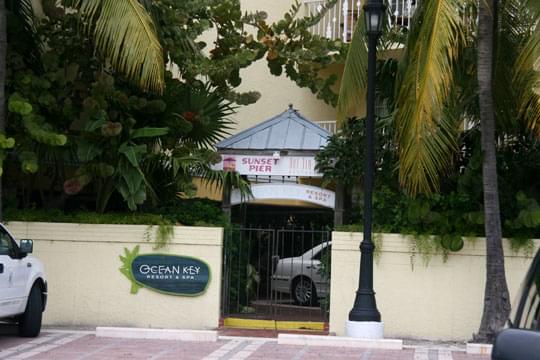