Past pain and misery, violence, survivor guilt and death
are the causes of current paranormal activity. 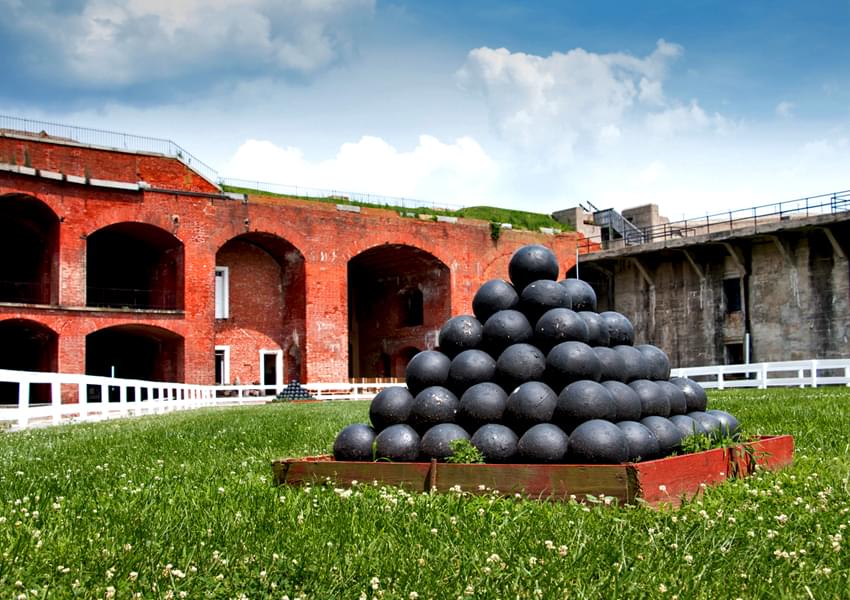 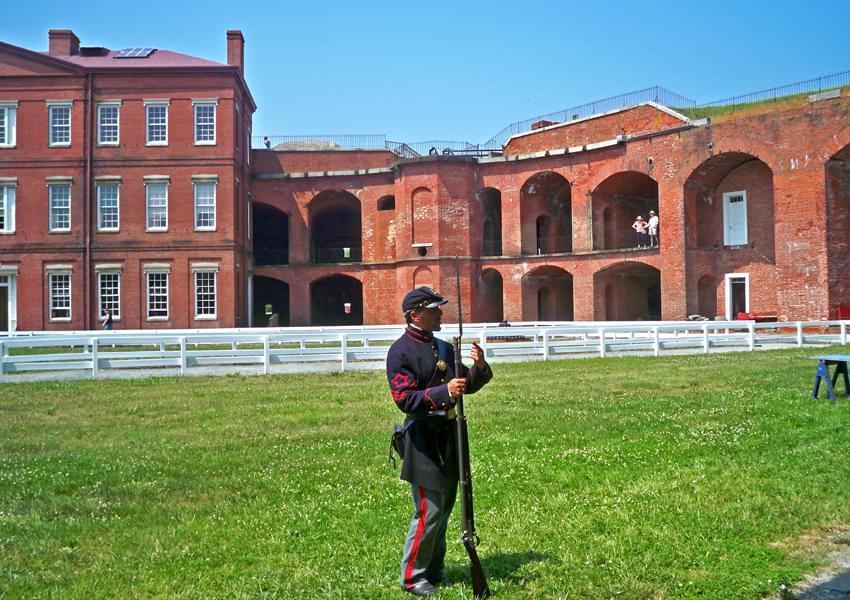 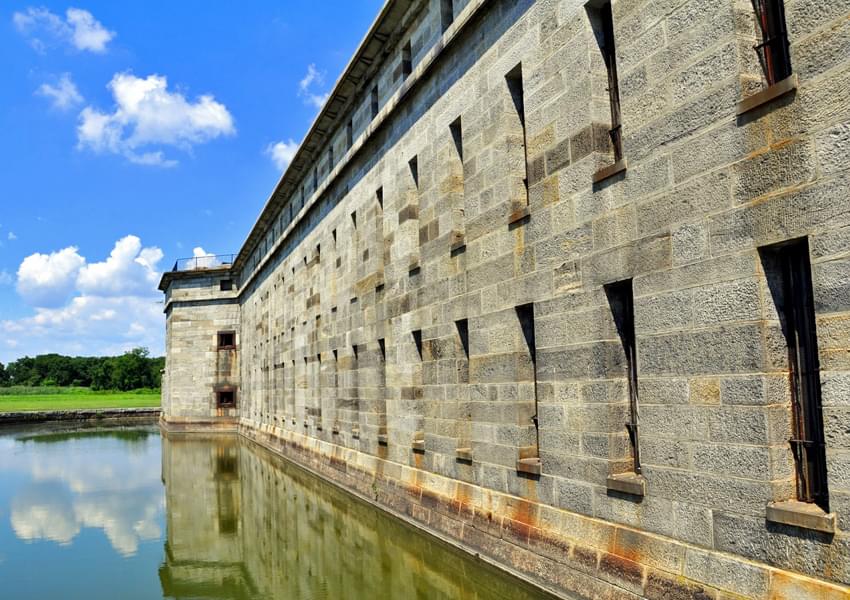 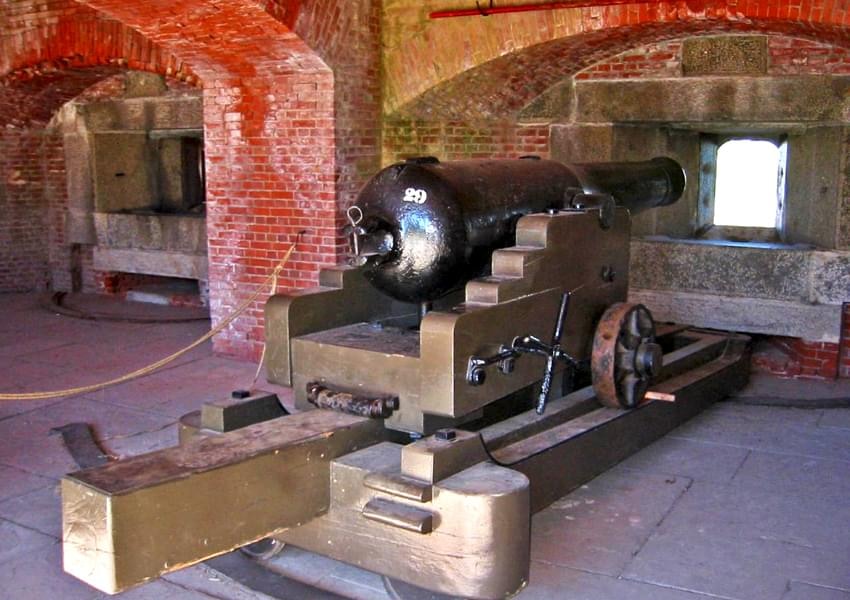 A pentagonal military fortress, complete with a dungeon. 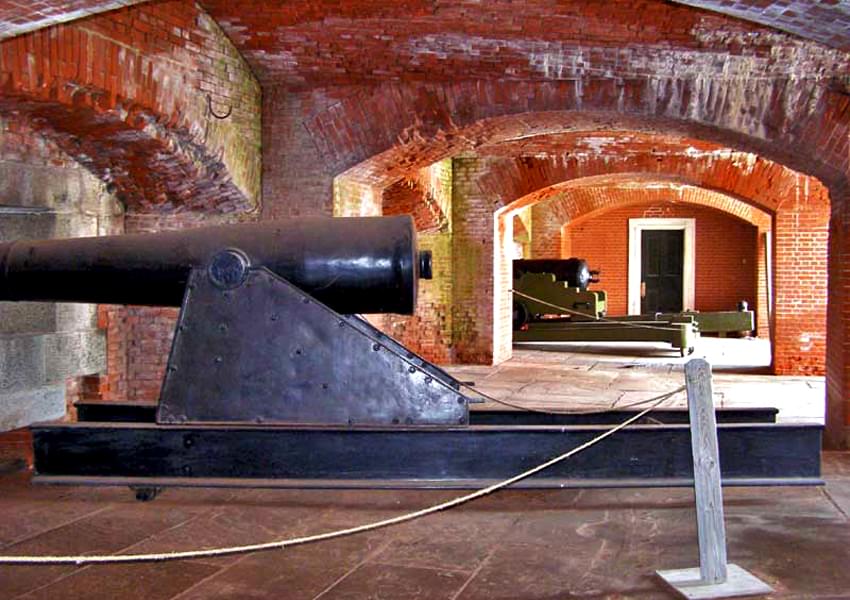 Housed confederate prisoners during the Civil War, and was used as part of the coastal defense networks of World War 1 and World War 2. In 1951, it became a state park, was restored and opened to the public. 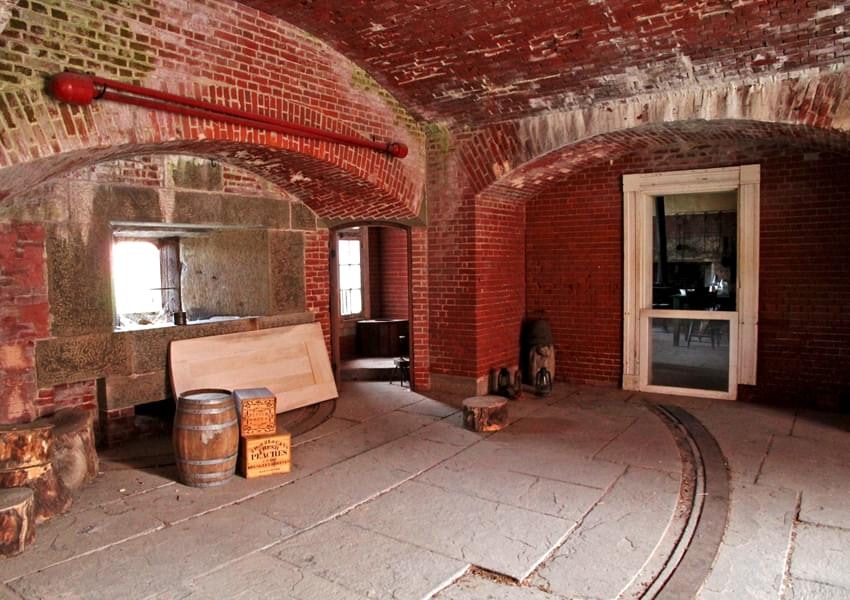 A lot of prisoners have been held here, including pirates and confederate soldiers during the Civil War. Most of the ghosts seen here come from that time period. Human pain and misery, violence, survivor guilt and death in such a place often produces restless spirits that can’t let go of this world and enter the next.

In the dungeon — People have heard moaning, and the sounds of clanging chains, from the prisoners held here long ago in unpleasant conditions.

Under the ramparts and the parade grounds: fleeing Confederate soldiers have been spotted by the living, perhaps an emotional imprint of a failed escape attempt.

In 1985, a visitor snapped a picture of a see-through Confederate Officer standing in an archway, still being held as a prisoner of war, after all these years, not willing to go to the other side for various reasons.

It seems pirates who were caught long before the Civil War also are hanging around the place. A park ranger was quite surprised one day to see a pirate, dressed in a beautiful green silk shirt and white silk pants, looking out a window at the fort, wistfully yearning to be free. 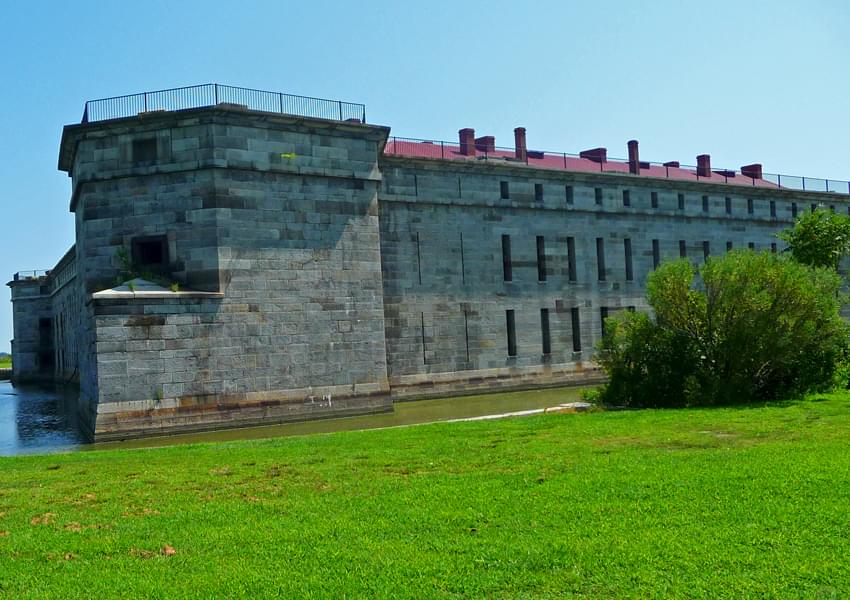 Many prisoners of old are still not free, despite the fact that they are dead.

Ford Delaware is located on 178-acre Pea Patch Island, 15 miles south of Wilmington, near Delaware City, and close to the junction of U.S. Highway 301 and Highway 7.