Skip to content
More From Prescott More From Arizona

A friendly spirit who suffered while alive and her kitty stay here:
checking up on the living. 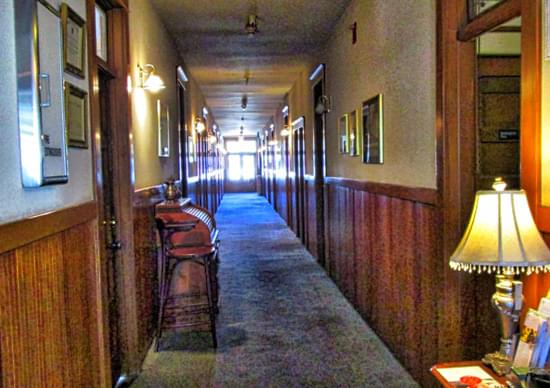 Built in 1917, this 2 story restored hotel bed and breakfast truly has an old-world atmosphere, with some modern conveniences as well for the comfort of their guests.

A lovely veranda can be found on the second floor. A nice sitting room can also be found in the front of the hotel. 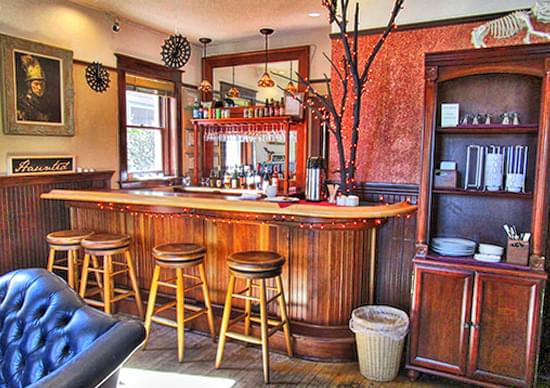 The Hotel Vendome has had many owners throughout the years. A woman, Abby, had come to Prescott in the late teens for treatment for her consumption. She fell in love and married a Mr. Byr. This couple, in 1921, bought the Hotel Vendome and ran the hotel. Unfortunately, they lost the hotel because of unpaid taxes. The new owners kindly let the Byrs stay in room 16, located on the second floor, off the verandah, and hired them to continue to manage the Vendome.

One evening, Mr. Byr went out to get Abby some medication and never came back, either because he met with foul play or he deserted her. Abby was so heartbroken that she refused to eat and died in her room, along with her cat Noble, who had been locked in the closet and starved to death. ( A seance held in 1984 revealed how Abby and the cat died. )

Abby and her cat Noble began to make their presences known around WW2 and have continued to this day. They basically haunt room 16, though she has been known to venture out to check up on the living. The current owners have a large binder which holds information, sightings and manifestations of Abby and Noble. Below are just a sample listed in the notebook.

The closet hangers have been heard moving by themselves and the sound of a cat toy being played with can be heard as well.

Guests have experienced objects being moved when they are not looking, being touched softly by unseen presences, hearing or feeling Noble or Abby sitting on the bed, the smell of a strong perfume and feeling a gentle cool breeze blow past them in the room.

Abby will occasionally make a visual appearance and has spoken to guests when they’re in a sleep state.

Spirit orbs have been photographed in the dark in room 16 by psychic researchers Dr. Oesten and Dr. Gill.

Footsteps have been heard in room 16, which traveled down the hall and descended down the stairs to the lobby.

Maids, while cleaning up the various rooms, sometimes have the TV on while they work. They have reported that Abby will turn down the sound on the TV, if she doesn’t like the program being watched or listened to, but will turn the sound back up if the living will switch channels. She hates MTV!

Above the entrance to the Vendome, spirit entities have been seen in various forms. 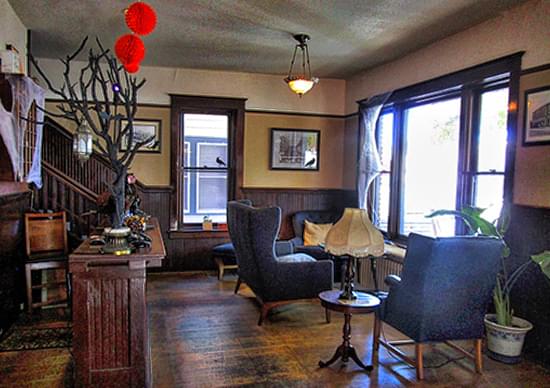 Various psychic researchers and guests alike have confirmed that Abby and Noble are friendly entities who have never left the Vendome. 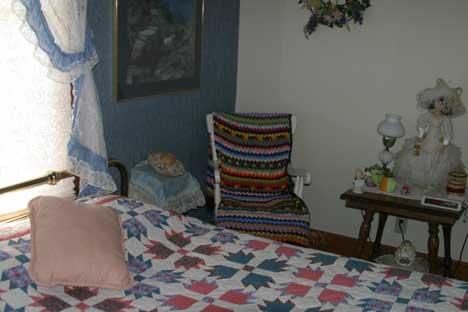 Located in Prescott’s historic downtown area, about a block from Whiskey Row.

Haunts in Prescott Haunts in Arizona