Either a suicide or accident causes a haunting as well. 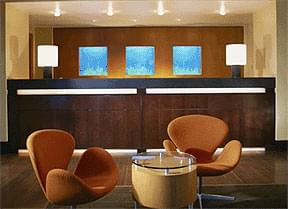 The beautiful, elegant Andra Hotel is a 10 story, 119 room 1926 era, remodeled hotel described as being not very large; having an intimate feel. In 2004, the hotel was remodeled to be more progressive, modern and discreet, and they did a lovely job! The new decorum is sophisticated, discreet and progressive; showcasing a mix of Northwest style and Scandinavian influences, using the original rich woods, distressed plank floors, hand-knotted rugs, and the newer hot-orange Arne Jacobsen chairs. 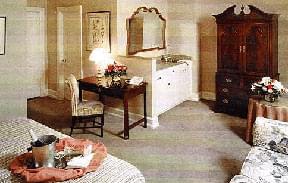 Art Louie’s Chinese restaurant originally stood on the land where this building was built in 1925. This upscale hotel opened as the high class Claremont Hotel, described as an elegant, charming, small hotel. It was a classic brick and terra cotta building, an European-style hotel with high ceilings, lovely woodwork, brass accents and classic architectural details.

Throughout the years, the Hotel was renovated and made-over several times, so it never became funky or run-down, which would please the original owner! In late 2002, Craig Schafer, bought the Hotel with grand plans to remodel, which he carried out in 2004, giving the grand old hotel yet another new life! He also added an in-house restaurant which provides room service for the 119-room hotel. 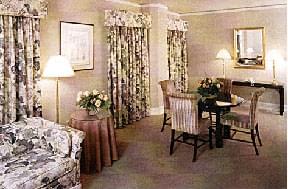 The Claremont Hotel experienced the late 1920s and 1930s, a time of prohibition and sometimes loud parties on the 9th floor, where jazz reigned; The joint was jumping, on a high class level, Seattle style.

In the 1960s, a hotel worker fell to her death from the hotel’s upper floors.

An apparition of a woman appeared to a couple in their hotel room.

A paper weight rose up by itself above a glass table top and crashed hard back down on the table making a loud noise.

It seems that the loud parties which took place in the 1920s and 1930s are still going on, much to the annoyance of the living.

The ninth floor is still party central for some entities, complete with jazz music.

Sounds of crashing glass of perhaps a fight also are heard, perhaps an impression from a rowdy moment in the past.

Hotel guests still complain about the rude neighbors making noise and having too good a time, playing music way too loud, and perhaps drinking too much as well!!!

Other manifestations also keep occurring, which let the living know that entities have made the hotel their home.

The Hotel Andra can be found in the absolute heart of downtown Seattle; on the corner of 4th and Virginia Street, in the Belltown area of Seattle, about a half dozen blocks from Pike Place market, Seattle Art Museum.