Some spectral guests make themselves known…

Dedicated spirits who had jobs still are providing and serving.

Heartbreak caused a tragic act and a haunting of a forlorn, lonely spirit. 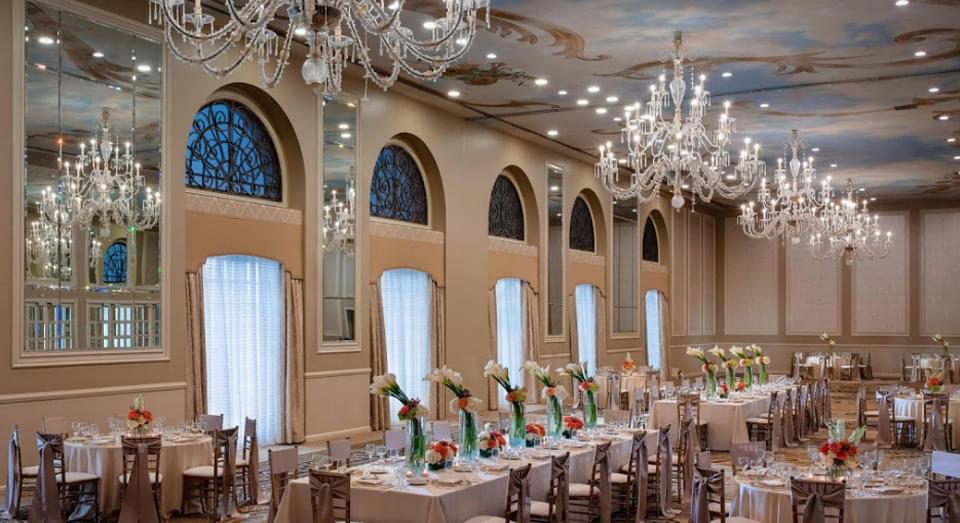 This glorious 1912, historic hotel, built by Beer baron, Adolphus Busch, is described as being “21 stories of unabashed baroque splendor.” It was the tallest building in Dallas, until 1922 when the Magnolia Petroleum Building was built. becoming the tallest building. Hotel Adolphus opened on October 5, 1912, to rave reviews, and has been in continuous use ever since. The Hotel is on the National Register of Historic Places.

Tom and I would heartily agree that Hotel Adolphus is a lavish example of baroque architecture, and is in great shape. It was never allowed to sink into disrepair/ruin, as many other grand hotels have been allowed to do.

From its very beginning, Hotel Adolphus offered the very best in service, amenities, and great food! It was the favorite place for the well-to-do for their parties, for their holidays, and for their special occasions or events. Like a lot of up-scale, 1912 Hotels, Hotel Adolphus had glorious, ornate ballroom, offering a spectacular place for social events, dancing, and parties for the upper-class; a big draw to many in Dallas, who took advantage of this perk of the hotel.

It was a cavernous ballroom, with a high ceiling, found on the 19th floor, but also taking up part of the 20th and 21st floors. It too was a glorious monument to the baroque style architecture, and had a beautiful hard wood floor and a marble staircase, going up to rooftop. Many a bride had her dream wedding here. Many debutante balls, and dances for all occasions were held here, throughout the 20s, 30s, 40s and beyond, with live bands and performers. 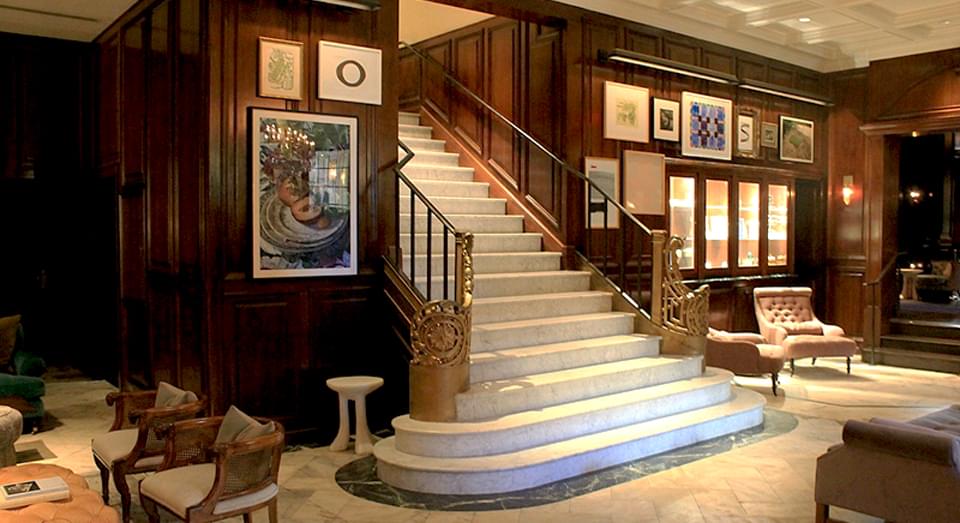 It was never allowed to sink into disrepair/ruin, as many other grand hotels have been allowed to do. Owners of this proud hotel have through the years renewed and renovated the building, sensitive to the changing times and their guests preferences, making opportunities to develop other revenues of income, so important in putting a building to work.

It was determined that more rooms were needed to keep up with demand, so the Hotel underwent a series of expansions, and by 1950 it had 1,200 rooms, because it was discovered that Hotel Adolphus was a popular place to stay with many people with the means and status.

By the 1980s the need to change with the times again became apparent. The Hotel Adolphus underwent another series of renovations that resulted in the number of rooms for guests decreasing to 428, probably to make way for what was a popular alternative that was pleasing to many groups: flexible meeting and event space. Other needed improvements in what the Hotel Adolphus could offer were also made.

With these new improvements, what was needed was more rooms for guests. It was determined that the demand for such a large ballroom wasn’t there any more, so the ballroom space on the 19th floor, was transformed into a series of hallways, with lovely rooms on either side. A lower ceiling was put in place, leaving no hint that a ballroom was on this floor at all.

However, on the 21st floor, there is a door, that leads to a challenging cat walk; after some real effort, and a knowledgeable guide to take a person to it. From this precarious perch, Brian Anderson, from the Dallas Morning News, could look down and see what was left of the ballroom, and the new ceiling of the 19th floor. Brian was writing an article for the October 28th, 2003 edition of The Dallas Morning News, exploring the history and possible hauntings reported to take place in this hotel.

Recently, as of 2009, $80 million dollars worth of renovations, improvements and enhancements were completed, to better suit the needs/meet the high expectations of their guests, offering lavish amenities, along with great service, to keep their customers coming back.

Their insight as to the value of having flexible and attractive event space paid off in a big way, so now there is even more of it; 24,000 square feet, attracting a variety of groups to hold their activities at the Hotel Adolphus, as well as perhaps spending the night there as well, kept company by some entities attached to this magnificent hotel. 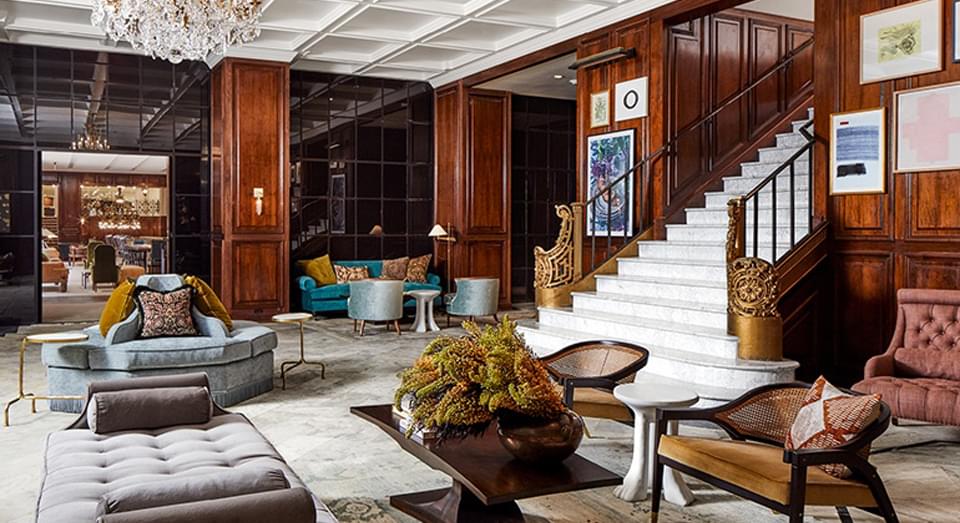 According to urban legend, sometime during the 1930s, a bride, who was to be married in the Hotel Adolphus ballroom, was stood up at the altar, in front of family and friends, abandoned by her beloved. Very embarrassed, emotionally crushed and distraught, she hung herself not far from the ballroom. On this web site, abandonment and betrayal have been a big cause of suicide among women, causing hauntings from unhappy spirits.

People who enjoy a place during their lifetime, they sometimes like to spend their after-life in this place where they had fond memories and good times. Musicians, guests, and staff have been known to be attracted to places that have meant a lot to them during their lives.

Activity on the 19th Floor

Phantom music from the past: Guests and staff have heard rather loud dance band music, and piano music on this floor, which stops when the staff come to investigate.

People who stay in the rooms on the 19th floor, have heard footsteps traveling up and down the hallways. Sometimes guests hear running feet.

Killing herself didn’t bring her any peace, as she is still sad and lonely.

The sound of a woman crying has been heard in the hallway, by staff on the late shift, and by guests who report that the crying is coming from the room next to them.

An off-duty waiter and his girlfriend out of curiosity, came up to the 19th floor to see if they would see her. When they got off the elevator, they were greeted with a hot blast of air, that was followed by the awareness of an unseen presence.

After making a hasty retreat back to their 10th floor room and to friends who were waiting for them, this presence followed the waiter and his girlfriend into the room, perhaps yearning to be with young people again.

An apparition of a young woman in her bridal gown has made an appearance in front of various people on the 19th Floor.

She has also been seen wandering the other areas of the Hotel Adolphus, perhaps looking for her family, friends and her husband-to-be.

The Entity who supervises the staff!

A young man, who was on the late night shift, had the job of traveling around to the various floors, collecting service trays and carts. He often felt that an unseen presence came along with him, watching him.

Staff members report the uncanny feeling of being watched as they perform their duties.

Doors open and slam shut by themselves.

A maid was tapped on the shoulder by an unseen presence, while cleaning a room. Perhaps this entity had a request for some service. Being dead shouldn’t stop the amenities coming?

Female Entity — A long time guest who had died, still visits the restaurant/bar. Her apparition has been seen, sitting at her favorite table.

Male or Female Entity — Another unseen, former guest likes to move the beer bottles around the display case, perhaps to let the bartender know that he/she is still there, perhaps wanting a drink? 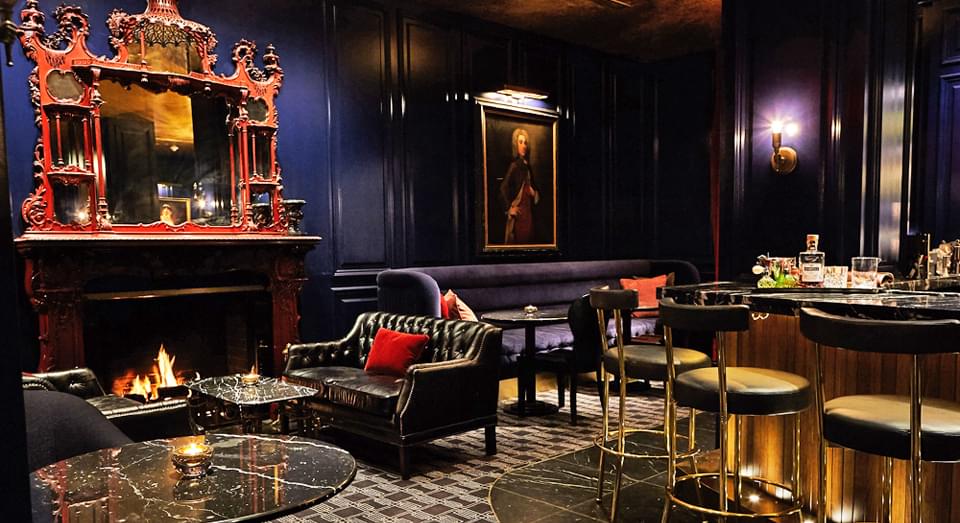 Appears to be — according to many personal experiences. Also, Hotel Adolphus has been a favorite place to investigate by both amateur and professional Ghost Hunter groups. Some evidence has been gathered, for instance:

http://www.ghostsonfilm.com — Faint apparitions of heads have been caught on camera, during receptions by this amateur ghost hunter photographer.

Hotel Adolphus can be found on Commerce Street, between N. Griffith St, and N. Ervay St. which is a one way street, running north. Both these cross streets run into the 386 Freeway. Commerce St. runs west/east between two freeways, 429A to 284A. Hotel Adolphus is 2 blocks south of Renaissance Tower.