It is a 4 story, well-preserved Southern-style Mansion, with a balcony and a basement, that was built by a British subject, a Colonel Rodger Morris, before The Revolutionary War of 1776. It is currently a museum, and open to the public every day until 4 p.m. A few rooms on the top floor are closed to the public. The current employees don’t know much about the hauntings, so don’t ask them. 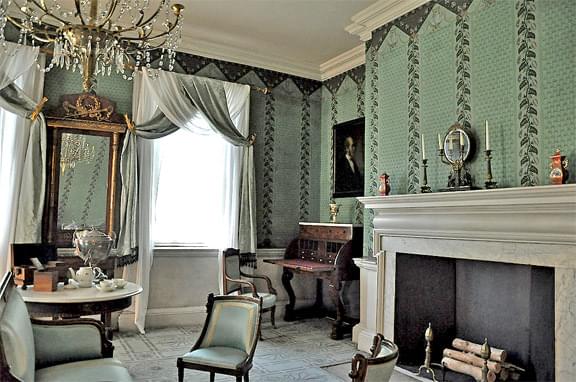 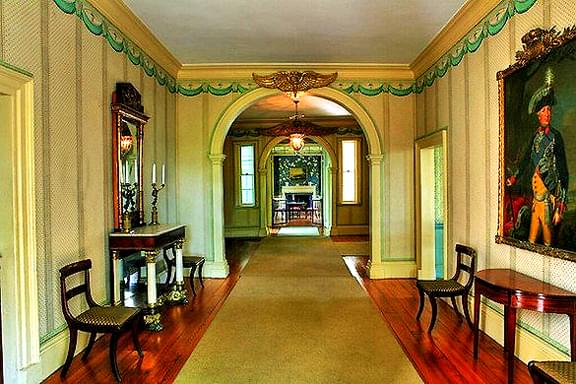 In 1776, George Washington had his headquarters at the mansion, during the battle of Long Island. It was later taken back into British hands, and a General Sir Henry Clinton stayed there. After the Revolutionary War, the mansion changed hands several times, became run-down looking, and at one point was turned into a tavern, called Calumet Hall.

In 1810, the fate of the mansion changed, when Stephen Jumel (a French wine merchant), and his American wife both fell in love with this then majestic fixer-upper, and bought it with the 35 acres of land that came with the property. Madam Jumel then had a field day renovating and refurbishing the mansion right away, so once again it became a showplace for the city of New York and surrounding areas.

Jan. 19, 1964: A small group of school-aged kids had arrived early to see the tour of the mansion. As they waited to be let in, they became restless. Then, they saw on the balcony above them, a lady in a flimsy, purple gown , who told them, “Shush!,” in an effort to quiet and calm them down. Then she went right through the closed doors of the room behind the balcony. When the Curator, Mrs. C, arrived to let them in, they asked her why the lady on the balcony didn’t open up the building? There wasn’t any lady on the balcony, and all then realized it was a ghost that had been seen. Mrs. C. realized then that the mansion was haunted. The lady that was seen on the balcony, was believed to be Madam Jumel herself, as she fit the description.

Visitors have felt the presences of Madam Jumel’s angry first husband, Stephen, and her second Husband, Aaron Burr, the 1 term Vice-President of the United States.

The apparition of a young, servant girl, in great distress, has been seen on the top floor, where the servants quarter’s were. (She had jumped out the window to her death, after becoming romantically involved with one of the members of the family).

An enthusiastic, history-loving, children’s teacher, who had bounded up the stairs to the top floor , eager to see the mansion from top to bottom, fainted in fright when confronted by the ghost of a revolutionary soldier, who had stepped out of a painting. This soldier was seen on another occasion by another teacher as well.

Another teacher with a heart condition had a fatal heart attack after seeing an apparition. Hans Holzer advises that ghosts don’t hurt people, and people shouldn’t be afraid of them, because they are just beings in trouble with themselves.

Yes, there are four known ghosts still there. Eliza Jumel, the servant girl, an unknown presence, perhaps a soldier or Aaron Burr, and the Revolutionary War soldier.

But, Stephen Jumel now is at peace and no longer there, due to the two rescue seances conducted by Hans Holzer & medium, Ethel Myers. At these seances, Jumel was able to vent his anger at how he was murdered by his wife, who had pulled off his bandages after he had suffered a pitchfork accident, and thus resulted in his bleeding to death. After doing so, he went on his way to the other side. 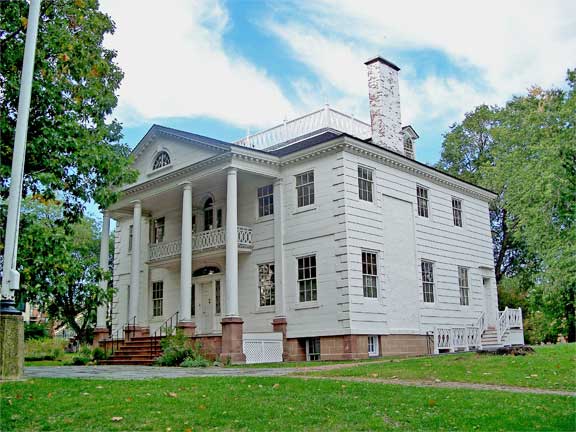 Located at the corner of 160th Street and Edgecomb Avenue, which is in the highest point of Manhattan, called Washington Heights, originally known as Harlem Heights.