Skip to content
More From Virginia City More From Nevada

The building was a Catholic hospital;1879-1897 run by
the Sisters of Charity and their Bishop.

The spirit of a Nun in charge still makes her rounds checking up on
spectral patients from the past, serving out of dedication to her faith.

Residual energy of a common occurrence that happen
outside startles the living who see it.

On their web site, St. Mary’s Art and Retreat Center describe what is in this lovely multi-storied brick and wood building, once a hospital, but now has been transformed into a place to take art classes and also have retreats.

“Saint Mary’s Art Center is housed in a four story brick building. Located on the ground floor are the large food-prep kitchen, two bathrooms, photography labs, “Under the Porch” studio, office, lounging area, large dining room and North Side Gallery. The first floor has 11 lodging rooms, a handicapped equipped bathroom and the Main Event Gallery. There are 2 more bathrooms located on the mid-stair landings. The second floor has 5 lodging rooms, large painting studio and a second handicapped equipped bathroom. There are lots of stairs in the building. The attic has been renovated for artist studio space and a gallery. Rental spaces are available for monthly rent.”

This handsome building was built and opened its doors in 1879, as a Catholic hospital, under the management of the Sisters of Charity and Bishop Patrick Manogue. Within its 4 floors, 60 to 70 patients could be taken care of in the 36 rooms, which included five public wards and 12 private rooms. 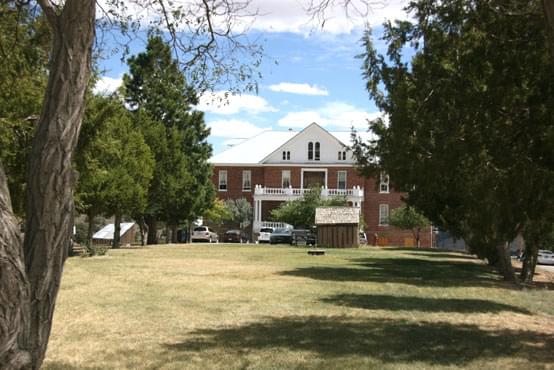 Before the government got involved, churches and religious organizations often founded social service facilities to serve the needs of people.

Saint Mary’s Hospital opened its doors to everyone, from the rich to the poor, to the mentally ill. It nursed the sick from periodic epidemics, took care of injured miners, gun shot victims, and other people suffering from other accidents and illnesses.

After 18 years of service, the Sisters of Charity decided to close the hospital in 1897, giving the building to the county officials. It quickly became the county hospital, because the former public hospital had burned to the ground. This county hospital served the community until 1940, and closed probably because the population was dwindling, WW2 had just started and the structure needed a major renovation to update it to current standards.

Sadly, this building was empty for 24 years, until 1964, when it nearly had a date with the wrecking ball. The county officials were seriously considering knocking it down and selling its materials, when Father Meinecke came to its rescue with the suggestion that it become an art center! 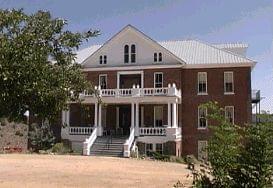 However she died, she served out of dedication to her faith. Even though she is long dead, she can’t let go of this earth, as she wants to continue to serve others in this world. She wasn’t ready to go, and still wants to continue in her ministry.

In other stories found on this web site, others in ministry also want to stay and serve.

As it was and still is in hospitals, people died as a result of their sicknesses, injuries and operations. It was especially true during this era, when modern medicine, vaccines, antibiotics, and new surgeries that save many people today, were not invented yet.

In other stories found on this web site, there are many hospitals that have entities of former patients.

The entity of the “The White Nun”

In recent years, this White Nun has been seen floating down the former infirmary’s hallways, inspecting the rooms, and can be seen looking intently out a second floor window, maybe looking for the next wagon load of hurt miners or sick children.

Sometimes, usually late at night, the White Nun has been spotted on the bottom step of the front staircase of this same building. At the top of this staircase, one also sees at the same time, a little boy with iron braces on his legs, who is visibly scared of falling down these steps. The Nun immediately responds to the scared child, and hurries back up the stairs to comfort this polio-stricken boy, and looks around plaintively for someone to help them.

In the former room of the White Nun, the bed is unmade by this entity after it has been made.

Sometimes, on occasion, people have seen the silent, ghostly reenactment of the horse-drawn hearse, drawing up to a remote door of the hospital building, to collect and carry away the corpses of the dead.

The coach sways, and the horses snort, but no sound is heard. 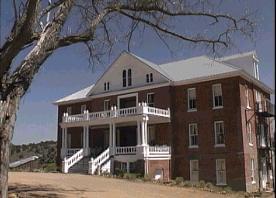 These hauntings mentioned above are still occurring. Ghost hunters and paranormal enthusiasts flock to this building, to find evidence of the hauntings reported by so many witnesses over the years.

The old Saint Mary Louise Hospital Building, now the Saint Mary Art and Retreat Center, is down the hill from town and is the only large building in the area near the lower part of the town’s cemetery. It is clearly visible from the town and the Virginia City cemetery. You really can’t miss it, and its at the end of North R street. 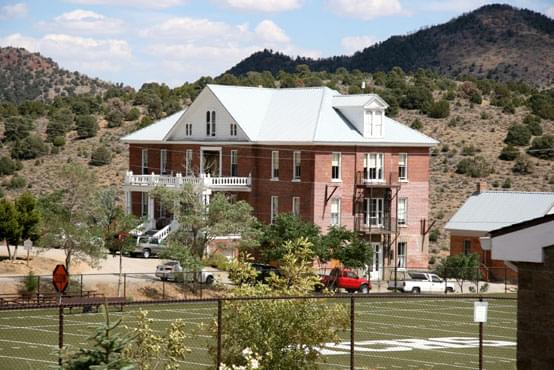 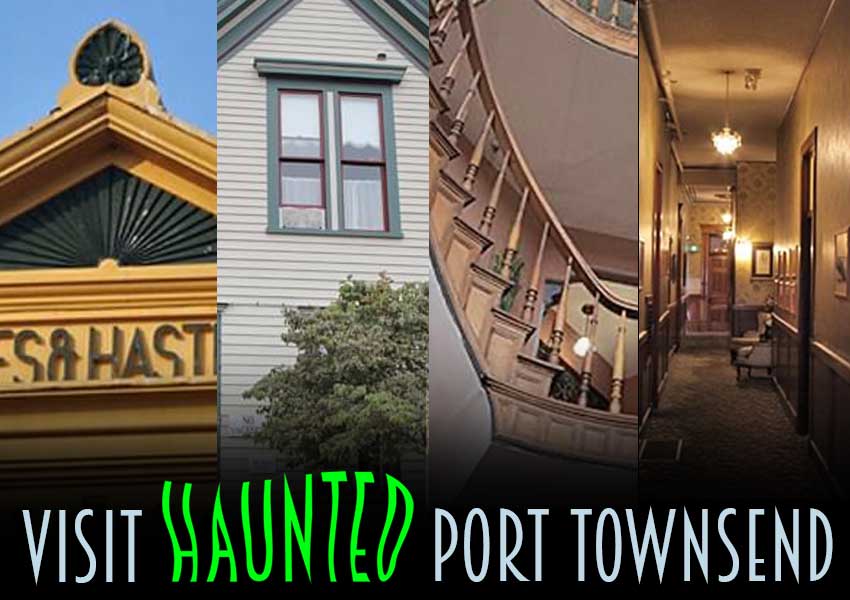