Three spirits have decided to spend their after-life here.

Perhaps two spirits are attached to a Governor’s gift or were his family.

A spirit of a former Governor still loves the perks of his office! 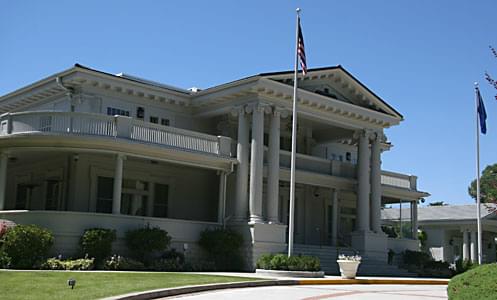 The Nevada State Governor’s Mansion is a very elegant, grand, two story Classical Revival building, which spreads out on its generous grounds. The entry way in the front has a glorious, two story pedimented portico. Four, fluted Ionic columns support the balustraded second story porch, that wraps around the mansion’s front facade. Greek Revival motifs were used in the window moldings.

Inside on the first floor, one finds the grand entry hall, the reception room, a formal dining room, the governor’s study, luncheon room and the kitchen.

Forty years after Nevada became a state in 1864, the Nevada State government got around to discussing the possibility of building a governor’s mansion. In 1907, State Assembly Bill 10, the “Mansion Bill,” was approved, to provide a permanent residence for the state’s highest government office.

Mrs. T.B. Rickey generously sold the large land parcel needed for the mansion to the Nevada state government for a whopping price of only $10.00. 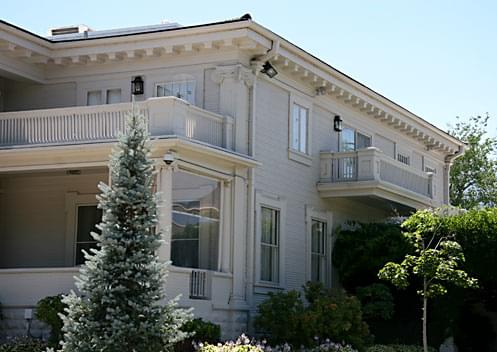 Well known Reno architect George A. Ferris was hired to design the mansion. A contract bid for this ambitious project for $22,700 was the accepted price, and construction was done in 1908. The mansion was finished in and ready for occupation by July of 1909. Governor Denver Dickerson and his family moved into this fabulous mansion. The governor’s daughter, June Dickerson, was born in this mansion on September 1909, and has the distinction of being the only child to be born there.

The mansion was structurally reinforced and renovated to code, and redecorated from 1967-1968. A circular pergola, the curved front stairs, and metal balustrades were added to this mansion in 1969. Additional buildings were built on the grounds to meet the needs of the facilities in 1998. 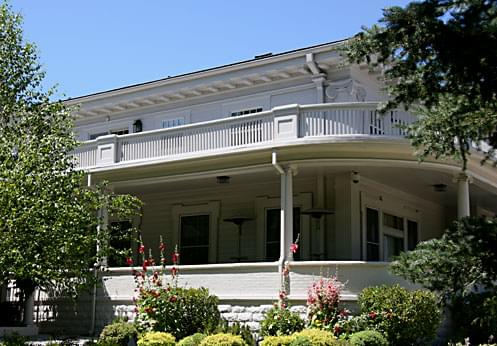 There are two theories as to who and why two of the entities, a woman and a young girl, are haunting the governor’s mansion.

1. One theory is that an antique grandfather clock which was given as a present to the governor at this time, was haunted by two spirits, of a woman and young girl.

2. Some former residents have decided to spend their after-life in this glorious home. Two of them are thought to be “First Lady” Una Dickerson and daughter, June Dickerson.

A third male entity, perhaps a former servant of the people, enjoyed his job so much during his term, that perhaps he isn’t ready to leave the mansion just yet. Some think it is Governor Jones.

For many years, staff and overnight guests have witnessed the entity of a woman wearing a long white dress, followed by an apparition of a young girl, wandering around the second floor and hallways. (The first family’s private quarters and guest rooms have been located on the second floor since the very first governor and family moved into this residence.)

The foot falls of a male presence have been heard going up the staircase to the second floor.

On the first floor, if a person stands in front of the antique mantel or grandfather clock, an unexpected cold breeze or a paranormal cold spot can be felt.

Doors in the parlor have the tendency to open by themselves. A cold moving presence is sometimes felt passing by. 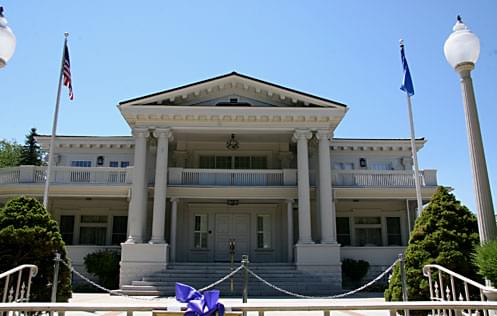 Yes indeed, but the entities are willing to share the mansion with the current governor and staff. 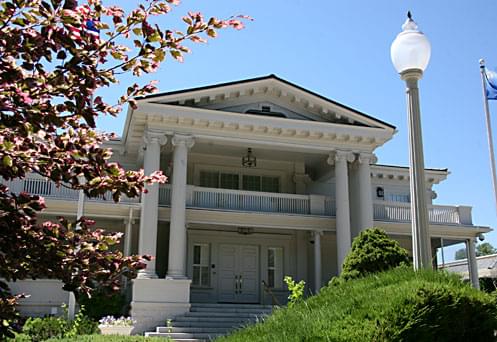