Former owner is still enjoying his showcase
home, and getting his chuckles in various ways.

Spirits who were once buried here may like to visit. 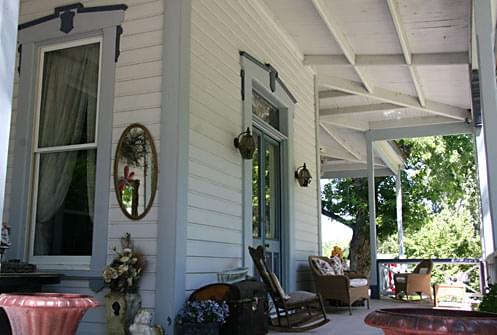 Bliss Mansion is a three story, 8,500 sq ft. mansion which was completed in 1879, built by millionaire Duane L. Bliss, to become his dream home. This “sprawling”, 15 room Victorian was built in the Italianate style, and was the biggest and most elaborate home in Nevada at the time.

Millionaire Duane L. Bliss was a multi-talented man. He made his fortune from selling lumber to the Comstock mines, and from being involved with railroad commerce. Duane also was a contractor, who built many fine homes on Lake Tahoe and in San Francisco. So, when he had his showpiece home built, he knew exactly what he wanted done. It is no surprise that this mansion showcased his wealth, and I bet was the setting for many a social event.

On Aroundcarson.com/carsoncity, you can see the nicely restored downstairs areas, which are very elegant with antiques, like a 15-foot handcrafted dining table and feature the restored decorum of the 1900s. For example, there is a picture of the lovely painting of an angel on the ceiling.

Fortunately, the Bliss Mansion was owned by the Bliss family for many years, and was well taken care of, never suffering the fate of other large mansions; being down-graded to a boarding house or changed into apartments.

Sometime during its history, the Bliss Mansion became a bed and breakfast, whose owners continued to work hard to keep the mansion in good shape, and in a pristine restored condition. Its last renovation was in 1995, which probably enlarged the rooms, greatly improved the bathrooms, and perhaps other needed changes to attract a high-end clientele were made. 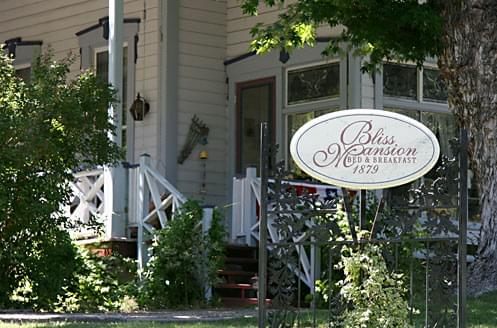 The 2006 former owners sold the Bliss mansion, and opened up another bed and breakfast, just down the street, called the Bliss Bungalow. They have their old web site for their Bliss Mansion B & B tied to their new Bliss Bungalow.

The newly owned Bliss Mansion Bed and Breakfast is listed on calhotels.us, and is still a high class bed and breakfast, which would make Duane Bliss happy! There are 5 guest suite rooms, each with a private bath, which were almost as big as the room itself. The amenities include “claw foot tubs, showers, plush towels and robes, and hand made herbal soaps, fireplaces, beds with pillow top mattresses, down pillows and comforters, large windows, individual heat and air controls, televisions, and fresh flowers.” 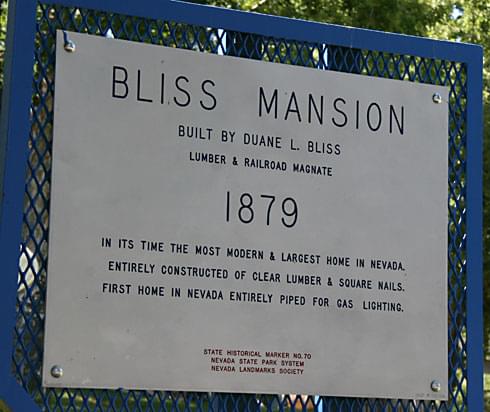 Lumber millionaire Duane Bliss bought land for this home which had an 1860 cemetery located on its grounds on the property. Even though the bodies were exhumed, and moved to another cemetery, it seems that the move disturbed and confused the spirits of these city pioneers. Some believe those disturbed pioneers still haunt the grounds.

The entity of Duane Bliss

Still enjoying his showcase home, and getting his chuckles in various ways, to let the living know that he is still in the home, perhaps keeping an eye on the people using it. He likes to make the curtains bellow, move and sway. He also appears to the living, while looking out the window, or standing in the yard, in full view of the living and then disappearing suddenly.
On occasion, apparitions have been seen, wandering around the grounds of the Bliss Mansion, perhaps visiting inside as well. 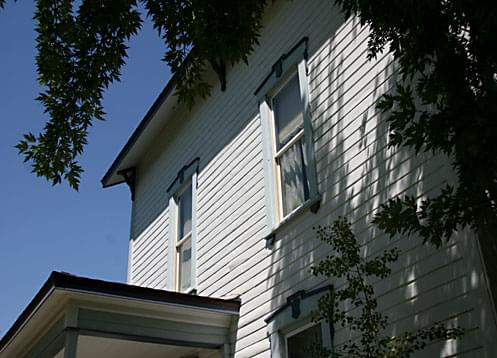 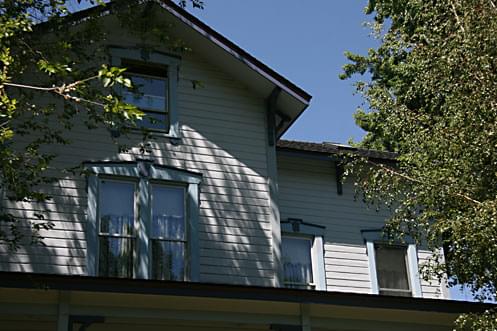 It appears to be.

There are eye witnesses to the antics of the entity of Duane Bliss. There are other stories on hauntedhouses.com, which tell about home owners who are still attached to their property, even in their afterlife.

Disturbing graves isn’t a good idea, in that the dead it seems can become restless, lost and confused, as has been the case in other stories found on this web site (See related posts: Topeka High School * Rose Hills Cemetery * Grant Humphreys Mansion * Cedar Grove Mansion * Cincinnati Music Hall).

The Bliss Mansion can be found on the corner of Robinson and North Mountain Streets, directly across from the Governor’s Mansion. 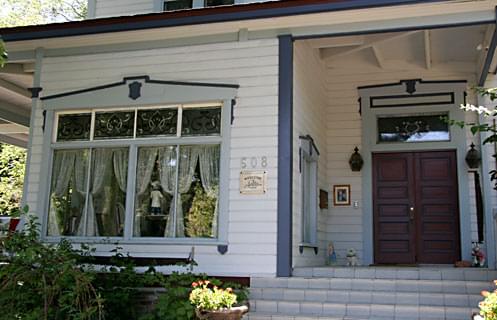 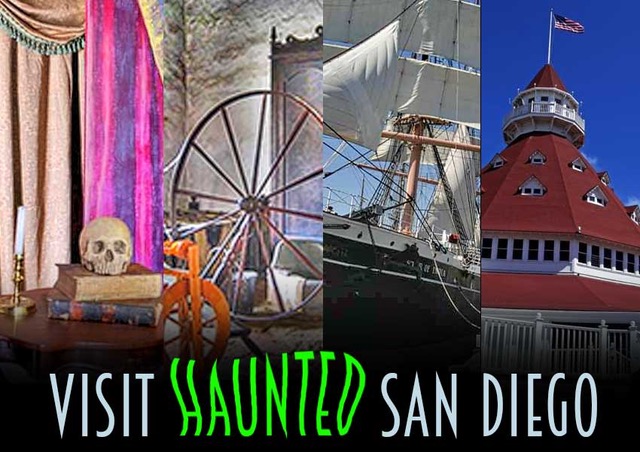