The full paranormal sports package was caused by at least 6 restless spirits!

These spirits may have moved into the new structure, if they didn’t move on…

Built in 1915, it was a dilapidated, large, barn-like dormitory-style like house, that was about to be torn down, so a new home could be built on the property, which was why Suzie Smith was given permission to investigate the home for her book, “Ghosts Around the House.” The house had three floors, with an enclosed outside porch, that ran along the second floor by the bedrooms. There was access to this porch through the bedrooms. A staircase from the first floor also connected to this porch. The second floor Master Bedroom was unusually large, and was directly above the house’s unusually large Den. The Living room was next to the Den, and had a fireplace. The kitchen was off the living room, and the downstairs bathroom was close to the kitchen. 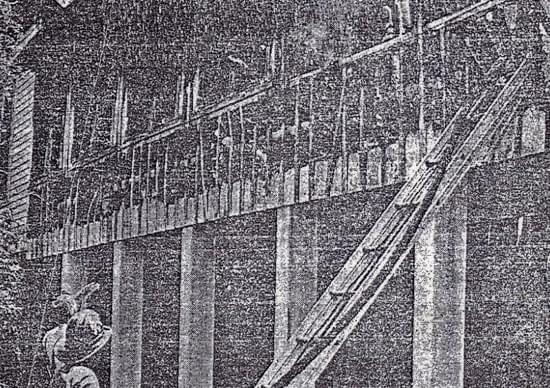 From 1915 – 1941, the house was home to various families. In 1941, the house was leased to the Air Force, for use as a non-commissioned officer’s club. A sergeant of dubious character was assigned to manage this officer’s club. He moved gambling equipment into the master bedroom, and brought in prostitutes as well. His illegal operations were shut down eventually by his superiors, and the officer’s club was shut. After the war, this sergeant came back to the house and from a second floor window seat took his cache of valuable savings bonds.

In 1957, Dr. and Mrs. Gregory and their large family; (Children from both their marriages, plus a couple from their own), moved into this fixer-upper. They didn’t realize that they would be sharing their house with at least 3 regular, active ghosts, plus others; including (a woman, unknown men, a little girl) who appear periodically to visit the living. For a while, the Gregorys discounted their children’s experiences until they themselves had experiences that convinced them that their house was definitely haunted. They went from skeptics to believers, in short order.

1) On a cold November night, Mr. Gregory was awakened from a sound sleep by a loud moan coming from between the dresser and the bed. When he turned on the light, no one was there. While this loud moan woke up the boys in the next bedroom over, Mrs. Gregory slept through the whole thing. However, this ghost believed in equal treatment of the living, and treated Mrs. Gregory the next evening on cue to “an indescribable, bubbly moan; a horrible, hideous sound, as if someone was in unbearable agony,” that lasted 15 seconds. She was sitting at her desk in the bedroom trying to describe the moan that her husband had reported to her the night before. Later that evening, she heard footsteps walking the length of the enclosed porch. Again, No one was there.

2) Their bedroom ghost must have taken a liking to Mrs. Gregory, because he appeared to her in the middle of the night. She awakened to see the apparition of a big man, standing at the foot of their bed, floating two feet off the floor. He was wearing a brown, plaid sport coat, dark brown pants, and a white shirt. She couldn’t see his face, but he had his chin in the palm of his right hand, and his left hand was under his right elbow, and he was staring at her.

3) The Gregory’s bed in their master bedroom was a 1800s, New Orleans Mallard, half-tester canopy bed; a rare and valuable piece of furniture. The massive headboard stands 9 or 10 feet high on big mahogany legs. The posts at the foot of the bed are 9 feet tall. One night both Dr. and Mrs. Gregory were jolted awake by a loud pound on the massive headboard, like someone used his fist to hit it. After checking the room, they went back to bed. Mrs. Gregory couldn’t sleep because of an uneasy feeling, that the noise making wasn’t over. About 45 minutes later, a sharp sound, like someone clicking their long fingernails against the headboard woke up her husband once again.

Mrs. Gregory felt that the man haunting their bedroom was connected to the gambling operation that once graced their bedroom

1) Four of the Gregory children have had encounters with ghostly house mates in the upstairs bedrooms.

a) Kendall woke up and saw a fluorescent something walk around his bed, and when it looked at him closely face to face, this apparition was recognized as a boy.

One morning, Kendall and Parham woke up to find circles drawn in blood on their window, a few days before President Kennedy was assassinated.

b) When Kendall’s younger sister slept in his room one night, she saw the closet door open and a bright light form was coming out of it.

Another time that she slept on a bunk bed in Kendall’s room, she awoke at 2:00 a.m. and watched a bright form, looking like heat waves, which had opened the closet door, walk out of the closet, straight to her bed. This apparition went through her feet, to the other side of her bed, sending a chill up her legs. Turning around toward her, it bent over her, as if studying her, as it stood against the wall, where there wasn’t any room for anyone living to stand. Satisfied, this apparition went through her feet again and vanished.

c) When Ricky slept in K’s room, he awoke to see an apparition of a woman in a gown, floating near the ceiling, like gas fumes.

When Ricky was sleeping in his own room, he was awakened when some nosy unseen presence was freely opening up various drawers of his bureau

When Ricky turned off his light one night after a late-night study session, he heard the heavy foot steps of a man walk around his room.

d) Just after midnight, Parham went to bed and turned out the light, when one of his books fell off his desk all by itself. Then, he heard his name being called by a child’s voice, that sounded like it was coming through a pipe.

2 of the Gregory boys, household help, & friends have experienced the company of ghostly household members.

a) In 1965, Grier had fallen asleep in the Den, on a hot, summer night, to be awakened by the opening of the door to the den, and saw a boy, around 14, who was a see-through apparition coming through the door. It was very light, sort of smoky, illuminating the room. As it traveled across the den, it became taller, fuzzier and vanished near the book case.

b) Four friends of the Gregorys, who were level-headed, professional people, spent the night in the Den. They were awakened to find themselves in the middle of an unseen “riotous” cocktail party.

c) Mrs. Peters, the cook/housekeeper, while alone in the house one day, saw a tall, balding man, wearing grey pants and a dark grey sweater, go into the Den. Alarmed, she rushed after him, but he had vanished.

d) Grier and 4 friends decided to stay up one night from 11:45 pm – 5:00 am, in the living room and downstairs area, to see if any ghosts would join them. They heard a noisy, cocktail party, coming from the northeast corner of the Den. There was singing, music; 1920s jazz era, talking and laughing, but saw no forms or apparitions.

While taking a break near the Kitchen, about 6 figures became visible in the kitchen, not more than a few seconds at a time. These apparitions were fascinated by the automatic coffee pot, with its blinking light. Seen clearly was a man in a white robe, & a clean-cut man in a striped shirt.

Soon after that, other “indistinct figures” moved around the den and living room, some visible for seconds only, while others were seen for periods of time. The entities seen were in outline form, filled with a “smoky substance”. One such smoky figure sat in a chair, near the card table, staring at the fireplace. Another smoky figure leaned against the card table, and studied the four college-aged people. Yet another figure came over to the couch where Grier was sitting and sat on the coffee table, right in front of Grier.

Grier saw a detailed apparition of a little girl, who walked through the door of the den. Sporting a curly, Shirley Temple hairstyle, she was wearing a full, frilly skirt or sash.

When one of the friends left the kitchen, she was followed by a tall apparition, formally dressed in a black coat, black pants, black tie and a glowing white shirt. He followed her all the way to the Den. He stood right behind her, leaning on the inside of the den door.

e) While upstairs, both family members and household help have heard crashing sounds from downstairs, and the sound of something heavy being dragged across the floor.

f) When Parham went downstairs to get something to eat, around 2:00 a.m. one early morning, he heard in either the Living room or Den, an unseen presence that was moaning loudly, and a woman’s voice, saying, “Get out, get out!” Then, a forceful, screaming followed. Parham made a beeline up the stairs, having heard enough. Mrs. Gregory, who has some psychic ability, sensed that something awful happened in the downstairs area.

a) While the maid, Susan, was folding laundry on the kitchen table, she saw the apparition of the shady sergeant. He was described as being short, (5′ 7″), having a dark complexion, and a sharp face. After the entity came out of the bathroom off the kitchen, he stared intensely at the maid, “square in the face.” The scared maid felt her hair around her neck stand on end. The apparition was wearing a white cap, 1930s style, with a snap in the front. He was also wearing 1930s style black pants and a white shirt. Satisfied, this scary apparition went about his business, walking into the dining room, across the end of the living room, and continued up the stairs. Both Mrs. Gregory, who was upstairs, and Susan could hear his footsteps as he climbed up the stairs, where he faded into thin air.

b) While preparing breakfast, the cook, Mrs. Peters, saw out of the corner of her eye, someone dressed sharply in a dark suit, reading a morning paper. She looked again, and no one was there. The paper had not been unwrapped yet, as no one was up yet that morning.

c) A visiting friend, Ann, went into the kitchen, and caught a young boy, about 14 years old, listening in on the extension phone to Mrs. Gregory’s conversation. Ann sternly scolded the lad, lecturing him about his eavesdropping, and firmly told him to put down the phone. The boy stared at her calmly, totally unaffected by her tongue lashing. He put down the phone, and went out the back door, vanishing into thin air.

Mrs. Gregory showed Ann a school picture of the son of the lady that the Gregorys had bought the house from. The boy just seen by Ann, was the same boy in the picture. Ann’s husband confirmed it also. The boy had been killed in a tractor accident on the property.

The psychic Mrs. Gregory felt that once the house was torn down, that the restless ones would be forced to go to the other side. Hopefully, she was right. However, in other stories listed on the Haunted House Map, and stories reported by Hans Holzer and other parapsychologists, restless ghosts/spirits have been known to sometimes hang around and haunt the new structure, after the original building has been torn down.

Along Mississippi Gulf coast in a town called Gulfport, on 5 1/2 acres of trees and flowers. Its backyard turned into a flowery slope that leads down to the Bayou. 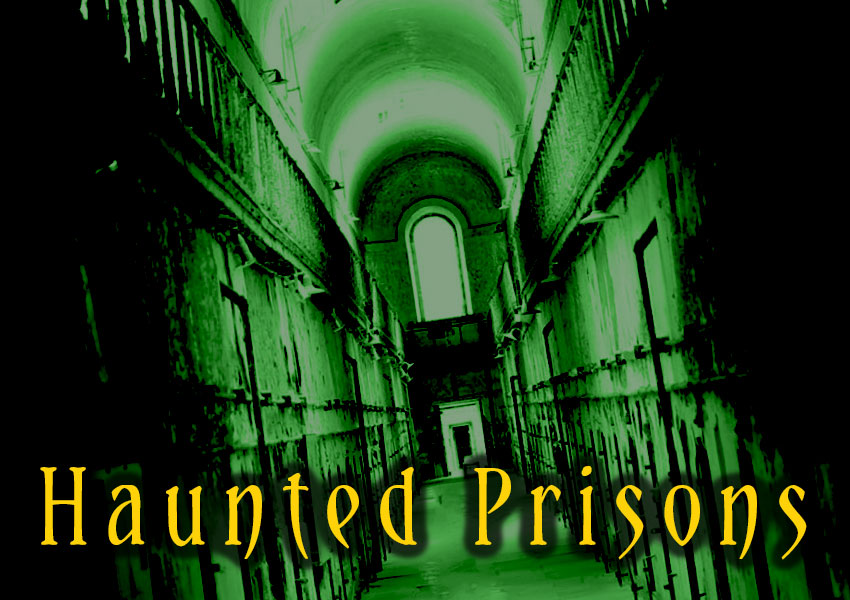