Many props, items and costumes are donated by dedicated citizens.

A female spirit who loved this theatre now volunteers.

We visited The Kalamazoo Civic Theatre, and were impressed with its marvelous condition!

Also called The Civic Auditorium, The Kalamazoo Civic Theatre, is a totally renovated 1929 solid grey granite block building, with carvings on the front to suggest a circus tent, including a carving around the doorways reminding one of tent flaps. Inside there is auditorium seating for 500, featuring highlights of imported limestone in its decor, and lead crystal chandeliers imported from Yugoslavia long ago.

The Side lounge – Is a versatile area used for many events, including art shows, meetings and a place for patrons of the theatre shows to hang out during intermission.

The Green room is where the actors prepare themselves before going on-stage. The murals along the walls add to the fun of the room.

Dressing Rooms – Enough for 90 performers for a show.

The stage of the Civic has a new stage floor using a specially designed track/trap system, as well as 40 usable fly sets. The proscenium measures 30 feet across and stage depth is 32 feet

Control booths for lighting and sound are at the back of the auditorium. 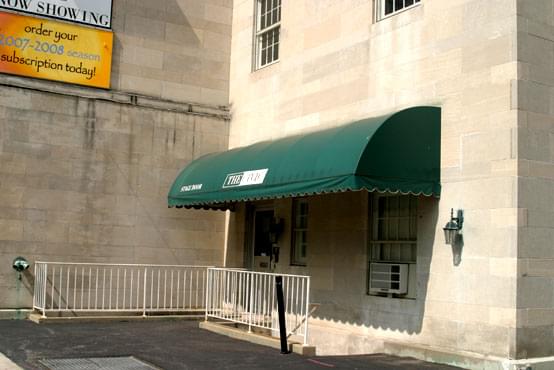 The Kalamazoo Civic Theatre, is a “Civic” or community theatre, (a non-profit organization) which has grown and evolved throughout the years, offering the community opportunities to participate and enjoy the musical and dramatic elements of thespian endeavors, as well as offering internships, theatre and dance classes, and opportunities to volunteer.

It started as a tiny, determined group of people, including Dorothy Dalton, Norman Carver Sr., Howard Chenery, Ruth Noble, Paul Fuller, Louise Carver, and Jean Huston, the founders of this effort, beginning in the summer of 1929. This dedicated group of thespian enthusiasts began their theatre by offering to the community a few plays in Lincoln School auditorium. The community of Kalamazoo embraced their theatre, starting a long history of financial support, which hasn’t wavered for 70 years!

The Kalamazoo Civic Theatre continued to grow, despite the depression and World War 2, bouncing forward with the flow of life and circumstances, continuing to evolve in their dramatic and musical offerings, finding ways to serve the community and also survive through tough financial times.

During World War 2, The Kalamazoo Civic Theatre toured neighboring communities as a way to reach out to people through their art of expression, to support the war effort.

Over the years, The Kalamazoo Civic Theatre productions have won awards:

In 1983, their production of Fools won first place in State and Regional AACT/Fest competition. This production went to the next level of competition in the National Festival, winning second place in this National Competition. Not quite done, The Kalamazoo Civic Theatre was invited to perform FOOLS at an international theatre festival in England representing the United States.

In 1994, The Kalamazoo Civic Theatre performed DANCING AT LUGHNASA on stage, which also found great success on the festival circuit, winning State, Regional, and National Competitions, partly because of the outstanding performance of the actors as well as design of the production.

The Kalamazoo Civic Theatre has grown to be one of the premier theatres of its type, known as a leader in the ranks of community theatre, “a major cultural institution in southwest Michigan.” In 2005, The Civic hosted AACTFest 2005, the national theatre festival. “Over 500 theatre lovers from around the world traveled to Kalamazoo to see some amazing community theatre productions, attend workshops and make new friends.”

Productions for the 2007-2008 season included THE WIZARD OF OZ, ON GOLDEN POND, THE ODD COUPLE, AVENUE Q, THE FOURSOME, SHAKESPEARE IN HOLLYWOOD and LITTLE WOMEN (the musical.) Find out more by visiting kazoocivic.com.

Youth Theatre had its own season offerings: Disney’s HIGH SCHOOL MUSICAL, TALES OF A FOURTH GRADE NOTHING and HOLES for the 2007-2008 season. 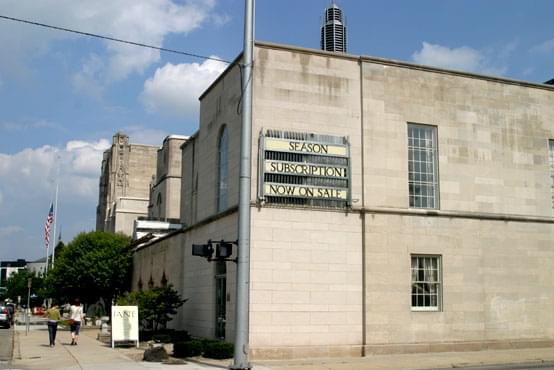 Many props, items and costumes are donated by dedicated citizens who dearly love their theater. One such patron, the story goes, was a lady known as Thelma, who donated some personal items to the Civic players when they’d been in another auditorium. When she died, Thelma wasn’t ready to leave just yet, and decided to haunt the items she had given to the theatre. When the Civic Players moved to The Kalamazoo Civic Theatre, she came along to help and mind her things.

They used to tell us not to tick off “Thelma” because she would mess up your show if you did. However, she’s really saved the butts of some performers and crew members during shows. I personally have had three run-ins with Thelma, including one where she spoke to me. I had no idea I was talking to a ghost until she disappeared! This kind of experience is so common that at one time they mentioned her in the new volunteer orientation class.

Well, I was in a production of “Steel Magnolias” and had several quick costume changes, so an hour before the show I had to check and make sure all my costume pieces were set where they needed to be during the play. I was doing this before one performance when I saw an older woman standing in one of the wings. It was way before show time, and I knew the lobby wasn’t even open yet, so I asked her if she was lost. She laughed and said “Oh, no I think I know my way around here pretty well.” Then she turned away, chuckling, and completely disappeared before my eyes.

Later, during the run of that same show, a pipe burst in my dressing room and flooded the cubby hole where I had stowed my wig and the pregnancy suit I had to wear in the second act. I was the first to discover the flood, and I found that all my things had been carefully moved from where I’d left them the night before to a safe, dry shelf across the room. The theatre staff insisted no one had been in the dressing rooms all day long. 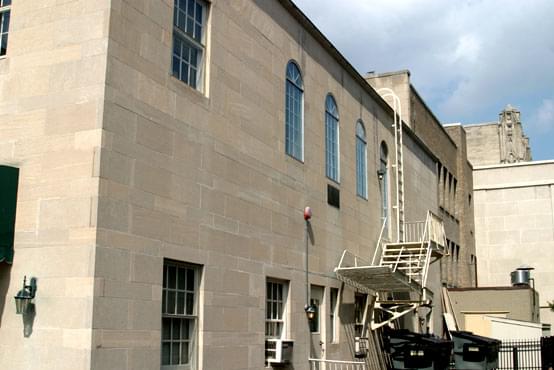 Don’t know for sure – As I could not find any other source to back up this great story, it is hard to say if it is factual. However, many theaters that are haunted don’t like to let the fact out, thinking it will hurt business, or they want to hold out for an investigation that pays them for the privilege of exploring their paranormal activity in their theater. This source seemed reliable, having a credible, believable story to tell. This entity likes to stay out of the limelight, and likes to ‘help” back stage, not appearing to anyone who doesn’t have business back stage.

If this story is true, Thelma is probably still there puttering around, “helping.”

The Kalamazoo Civic Theatre, can be found in the historic part of Kalamazoo on S. Park St., between W. Lovell St. and W. South Street.