Watch out for the crabby Victorian gentleman! 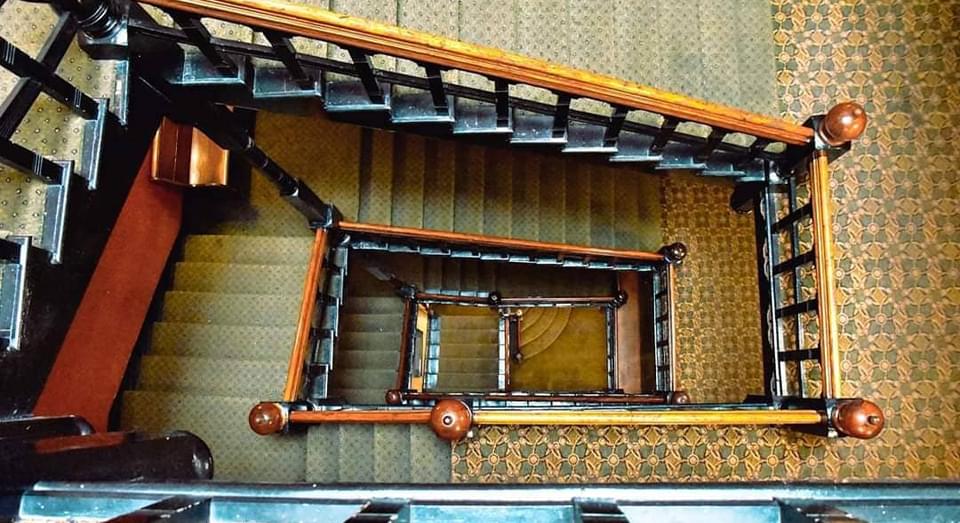 The town of Eureka Springs is home to natural bubbling springs, which were thought to have healing powers in the 1800s. This 1886 “seedily elegant”, white granite stoned, 5 story hotel was described by its well-known designer, Isaac L. Taylor, as having a Victorian-French Gothic architecture, with many towers and “jutting out” balconies, resembling a huge French Chateau. The granite block walls are 18 inches thick, and fitted together without the benefit of any kind of mortar. Many remodeling efforts have altered the exterior building somewhat from its original design.

The extensive lobby is dominated by a massive stone fireplace. The dining room was designed to feed 500 people at one sitting and is as big as a basketball court. The recreation room was originally in the basement. Every luxury was added to please its wealthy visitors. Electrical lights, modern plumbing, marble floors, and 26 acres of “sweeping” lawns, gazebos, beautiful gardens and tennis courts made this resort hotel very popular with the well-to-do until just after the turn-of-the-century. 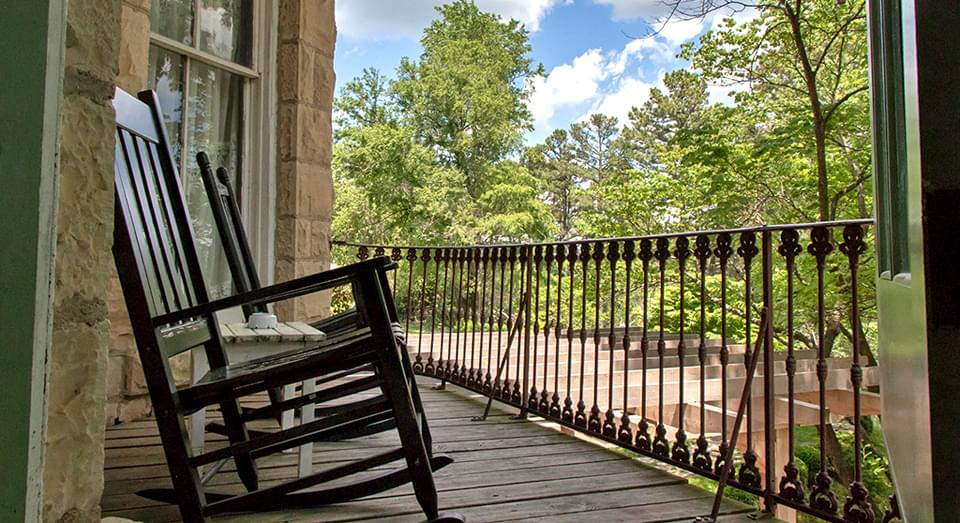 In 1908, A. S. Maddox and J.H. Phillips opened the exclusive Crescent College and Conservatory for Young Women during the year in this fine hotel and operated it as the traditional summer resort hotel during the summer, until 1924. It opened briefly as a Junior College from 1930 -1934.

Until 1937, various people leased the hotel for the summer resort season. In 1937, a slightly paranoid Iowan medical quack, by the name of Norman Baker, bought the place and opened a hospital and “health resort”, claiming to have cures to such diseases as cancer by having his patients drink the fresh spring water. His operation closed in 1940 when he was convicted in federal court of defrauding the public with his “medical treatment” and was sent to prison for four years.

The hotel was shut up until 1946, until new investors reopened The Crescent Hotel and managed to reestablish it as a resort hotel. It has been opened for business ever since. 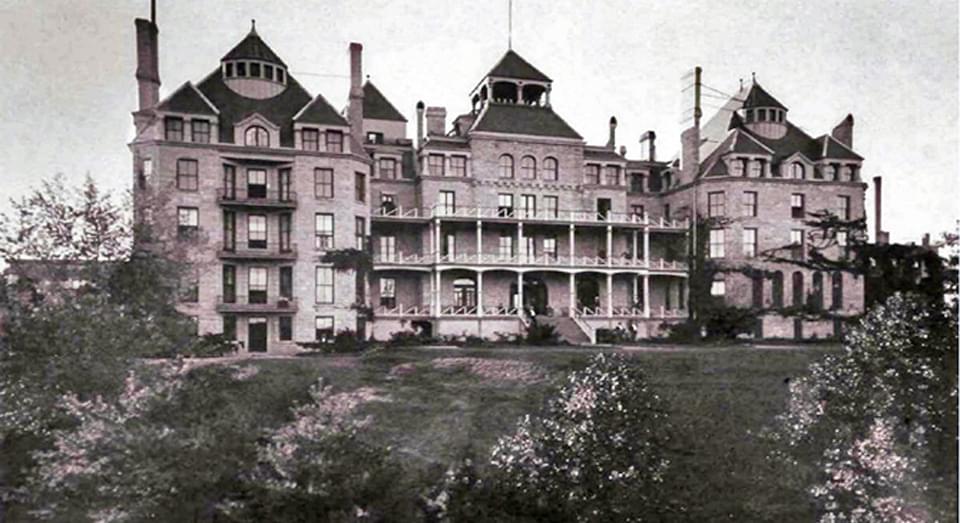 Several entities hang around various parts of the interior of this large place, though all like to congregate at times in the dining room, according to several psychics. While walking through the dining room at night, cold spots in the room can chill the living, no matter what time of year it happens to be at the moment.

The most annoying, but playful entity that likes to tease the maids and visitors, is a ghost by the name of Michael, who was either an Irish stonemason or a Swedish carpenter who regretfully fell to his death during the 1884-1886 construction era of the hotel. He died in the second floor area, which is now room 218. His apparition, seen by many people, is described as being a muscular man in his early 20s, having intensely blue eyes, a bushy blond beard and out of control, long blond hair.

Another entity also likes to hang around in 218, as well as near the lobby staircase and the lobby itself. This gentleman wears Victorian clothing, including a frock coat and a frilled shirt and is a bit of a grouch and can be action oriented. His face has been described as being waxy pallor in color, and he has a black mustache. 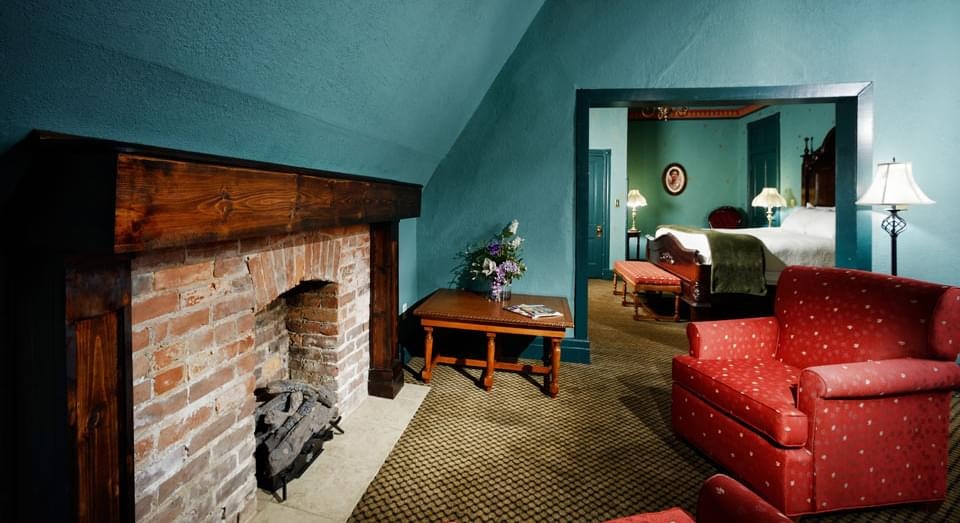 On occasion, the door of room 218 has slammed shut on the living after it was opened up by the room key. A salesman was shaken awake and felt a presence trying to push him out of bed. Early one Sunday morning, a desk clerk saw the locked French doors on the lobby’s east side fly open suddenly and felt a wind of cold air as it raced across the lobby, proceeding to travel by the reservation desk, blowing papers everywhere as it blew out the exit doors. The French doors were located directly under the haunted room 218. No one knows for sure what entity caused this, but it does fit the personality of this grouchy Victorian gentleman who finds the living annoying and sometimes firmly takes things into his own hands, when the living step over the line of his ability to tolerate what he perceives as their intrusiveness. 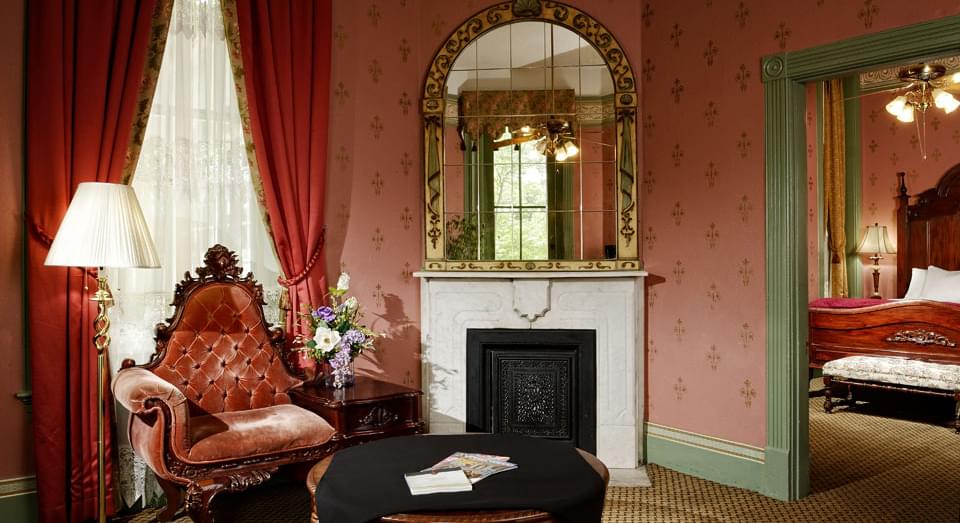 The Ghost of Norman Baker, a wanna-be doctor, with no medical training. The apparition of a confused Norman Baker has been seen in the area of the basement recreation room and near the foot of the steps that go up to the first floor.

A former owner of The Crescent Hotel, Mr. Feagins, first saw this entity near the lobby staircase. This entity melted into the air right in front of Mr. Feagins’ eyes.

Later, while sleeping in room 218, Mr. Feagins awoke in the middle of the night and saw this same apparition standing at the foot of his bed, glowing in the dark, grimly staring at him.

After the bar had closed, this detailed apparition was sitting at the bar in the lobby near the stairway, when an auditor came in to get a drink of water. This entity looked so real, that the auditor spoke to him, but was ignored, as this entity just stared straight ahead.

When the second auditor came in and spoke to him also, still no response. Thinking that this unresponsive stranger was drunk, they decided to leave him alone. As they walked away from him, one of the auditors looked over his shoulder and the man had vanished. They looked around the lobby and saw no one.

Suddenly the apparition appeared above them on the second floor landing, looking intensely down at them. As one of the auditors climbed the stairs to the second floor, the figure vanished. Then this auditor felt something he couldn’t see physically escort him, in a firm manner, back down to the lobby. Unhurt but shaken up, he told the hotel manager.

Inside room 218, he enjoys teasing the living by playing tricks with the lights, the T.V. and pounds loudly on the inside of the stone walls.

People have heard strange noises and felt strange sensations while staying in the room.

Also, some have felt a presence watching them in this room.

On the second floor, a maid was trying to pull a laundry cart out of the storage room. Michael held onto the end, stopping her efforts.

She finally scolded him, telling him to let go, that she had a lot of work to do. Michael let go, and she quickly went about her scheduled work.

The Ghost of Norman Baker

Before the switchboard was replaced, the desk clerks used to get phone calls from the locked up basement recreation room.

After receiving such a call, a clerk decided to check out the basement. The clerk found that the phone in the basement room was on the hook and felt a strong presence in the room with him. He quickly locked up the room again.

Five minutes later, they received yet another call from this same basement room.

He didn’t investigate again. He knew who was calling.

Spirit of a Nurse

On the third floor, many visitors have seen the specter of a nurse, dressed in white, pushing a gurney down the hall, before vanishing before the living witnesses.

Come visit this grand hotel, and mingle with a variety of entities, who can be busy, grouchy, confused and playfully teasing, and have accepted the living, more or less, depending on the personality involved. 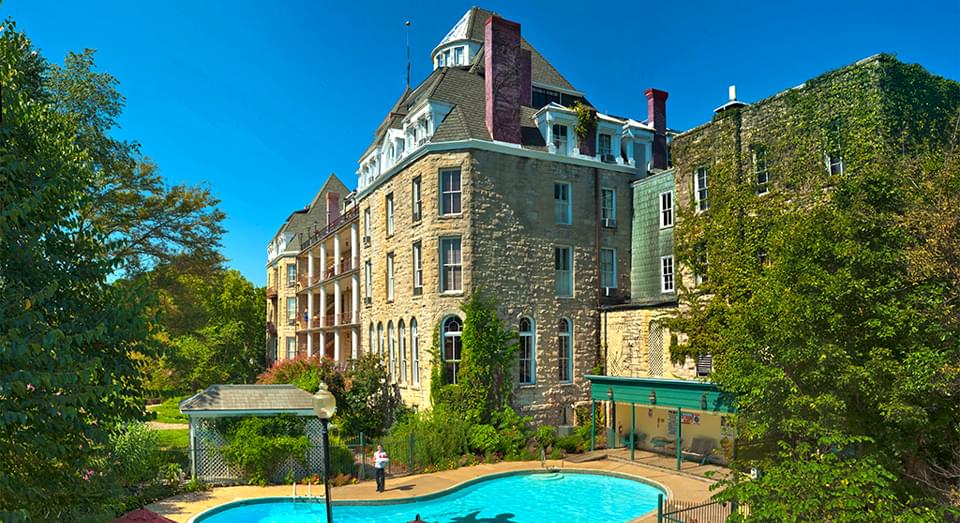 The Crescent Hotel can be found in the crest of West Mountain, in the town of Eureka Springs, near Beaver Lake in the county of Carroll, which is in the extreme northwest corner of Arkansas. It is at the intersection of Highway 23 and US Highway 62.