Spirit People who had a strong connection, good or bad, are present.

They keep the living company, co-existing and even interacting. 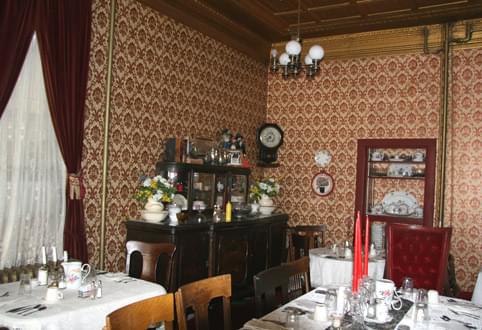 The town of Medicine Bow got its name from the nearby river, where plains Indians made their bows from elements found near its banks. The river was good medicine to them, so they called it, the Medicine Bow River.

During the 1830s, this area was discovered by trappers and mountain men as a good location to make camp, despite the wind which often blows through the area.

The town of Medicine Bow began with a bang, as a result of the establishment of the transcontinental Union Pacific railroad through this location in 1867. The railroad built a tie boom on the Medicine Bow River, along with a depot, a water stop, and a coal-loading facility. They also constructed livestock loading pens. Medicine Bow was good to go, destined to be an important livestock shipping center. As the town prospered, it grew up around the railroad set up, beginning with a store and a saloon. By 1876, a post office and a school was built to accommodate the families who were moving to the area.

By 1870, business was booming, as Medicine Bow quickly became a major supply station. By the late 1870s and early 1880s, Medicine Bow was a major shipment center for range cattle going to market, and enjoyed a flow of people and products into its town as well. Cattle were brought as far away as Idaho and Montana. As many as 2,000 head of cattle made their way to Omaha Nebraska’s meat packing plants. 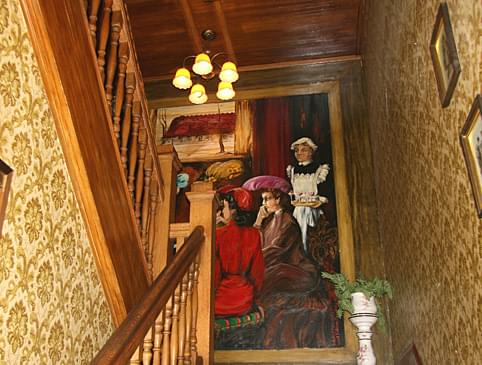 As it was to be expected, the local Indian tribes weren’t too happy about the influx of people, so it became necessary to have a federal military post established temporarily in Medicine Bow to protect the city and the railroad from hostile attacks. This further stimulated the economy here.

Despite its growth, Medicine Bow still had loads of authentic rustic charm, being distinctly different from any town found in the well-established, civilized communities of the east coast. Western novelist Owen Wister describes the town of Medicine Bow in 1885. “This place is called a town. ‘Town’ will do very well until the language stretches itself and takes on a new word that fits.” He added that the community of 29 buildings – including a depot, store, billiard house, feed stable, two eating houses and other structures appeared as if “strewn there by the wind.”

Still, Medicine Bow did grow on him, inspiring him as a writer. Medicine Bow’s claim to fame is that it was the setting for Wister’s famous book, THE VIRGINIAN, considered to be the first novel written about the wild west, which was a best seller for many years, and still draws tourists to this town today.

By the turn-of-the-century, 1000 tons of wool from sheep were taken by train as well. In 1909, the Union Pacific Railroad transferred ownership of Medicine Bow to the residents, who then incorporated as a city. By 1913, a transcontinental auto highway, known as the Lincoln Highway, ran right by Medicine Bow, bringing travelers wanting to see Wister’s memorabilia.

This inspired the town’s first Mayor, August Grimm, and his partner, George Plummer, to make hay while the sun shines. They built a three-story, high class concrete block hotel on the main street, calling it, The Virginian Hotel, to capitalize on the success of Owen Wister’s book, THE VIRGINIAN, catering to tourists, who were motoring down the Lincoln Highway. The Virginian Hotel had the first electric lights and sewer system in town. The Virginian Hotel had its grand opening on September 30, 1911, beginning its years of service with a gala party. It was the biggest hotel between Denver, Colorado, and Salt Lake City, Utah. 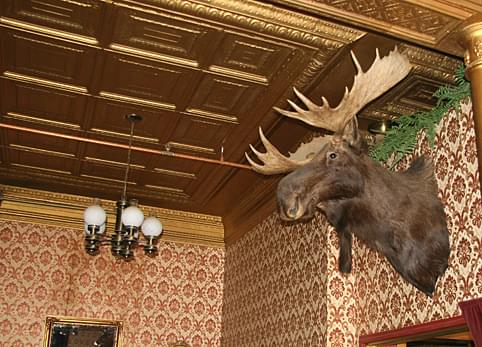 The Virginia Hotel has not only been a comfortable place for travelers to stay throughout the years, but also it became the central meeting place for people in the area; for meetings, social events, honeymoons, romance, dances and family dinners.

Medicine Bow hung on through the Depression, & WWII, always finding a way to survive. New products were discovered and kept the economy going. Lumber, coal, oil and gas provided employment, as well as the tourist dollars of people visiting. Near economic disaster happened when Interstate HWY. 80 was built 10 miles south of Medicine Bow, diverting traffic away, in the early 1970s. However, in the mid-1970s, uranium was discovered and the coal operations were expanded, bringing a return of economic prosperity. Currently, Medicine Bow is also the home of the state’s first wind farms.

By this time, The Virginian Hotel was getting very long in the tooth, and needed to be restored and renovated. The process began when the hotel received designation as a National Historic Place and was listed in the National Register of Historic Places. It was closed during the restoration process, but reopened in 1984, with enough rooms to rent, while the others were being restored.

Today, Medicine Bow is home to 274 people, with 184 housing units; a land area of 3.46 sq. miles. It still has a wind-blown, rustic charm, with not a star bucks or supermarket in sight. It is still really basic and unassuming, but comfortable for its residents.

While the hotel is rich with antiques, history and wonderful western-Victorian decor, it still is rustic according to modern standards, which can disappoint travelers expecting all the bells and whistles of the typical modern hotel. For those who need modern amenities, you should stay at their Bunk House Motel, which does have most of the modern conveniences.

The twenty six regular antique rooms are wonderfully decorated, but don’t have private bathrooms, phones or TVs, which isn’t all that bad, if you want to truly experience a turn-of-the-century hotel. There are four antique suites. Their best suite, called The Owen Wister Suite, does have a private bathroom. Prices range from $20.00 to $70.00 a night.

Over its history, there were a few shootings, many romances, many good times shared among people at this hotel and a few dedicated owners, who strove to find ways to keep the hotel open. The restless entities who now stay as unpaid guests, could fall into any of the above categories. They could be shooting victims, victims of broken hearts, entities who like to reminisce about their good times here, or owners who still have a need to keep a watchful eye on the living.

More than one entity makes The Virginian Hotel its home.

Many cold spots are felt in various parts of the hotel.

Apparitions of entities have appeared in front of the living and have been spotted out of the corner of the eye of some witnesses.

Music from another era is sometimes heard in areas where there had been music played for the entertainment of the guests of long ago.

One particular entity likes to visit the rooms and “help” in the restaurant – perhaps a former employee or owner.

Current staff members report the phenomena of various items being moved from where they were last left by the living, sometimes finding things in odd places. 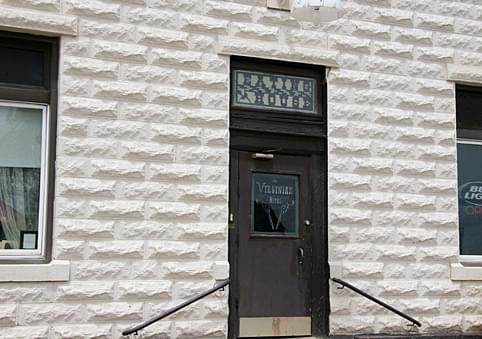 The Virginian Hotel can be found on the main drag, just off the Old Lincoln Highway, at the junction of Hwys 30/287 and 487.