These spirits freely amuse themselves in the Knight Hall. 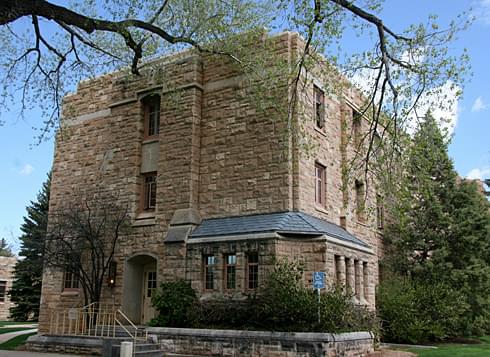 Ex governor, Dr. Hoyt became the President of the College and got it off to a great start. The first building was the Liberal Arts College.

Knight Hall is one of the older buildings on this now thriving campus, and was originally built to be a dorm in the early part of the 20th century, as its architecture and craftsmanship suggest. Hoyt Hall, and Ross Hall were also probably dorms as well at one point. 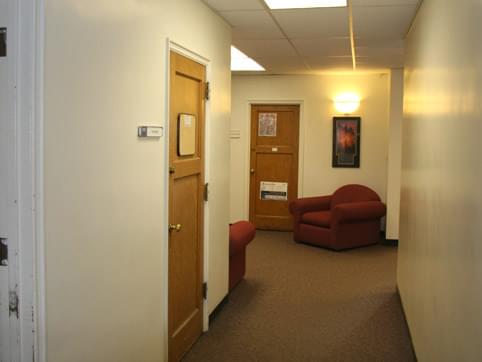 The Laramie Cemetery used to be in the area under Hoyt Hall, Ross Hall and Knight Hall. It goes to reason that Indians as well as white settlers were buried in this cemetery.

Recently, when construction workers were digging up the area between Knight Hall and the Library, remains were found.

It seems that not all the graves were moved, or the spirits were unhappy about being disturbed! UH OH!

Entities of Native Americans have made Knight Hall their home, and are a bit upset that their graves were disturbed. They seem to be most active during the evening.

The Basement seems to be the spookiest place in this building.

The living have heard the sound of beating drums, coming from some unseen ceremony. Parts of the basement have a dense darkness which shuts out light, suggesting unseen presences.

The full apparition of a young Native American girl is seen sitting on the floor, before she fades away.

The Second & Third Floor at Night

During the evening hours, people inside the building on the second floor have heard wailing sounds coming from outside the windows.

Ghostly faces can be seen peeking in these same windows.

People have reported the feeling of being watched by some unseen presences, especially after dark on the third floor. 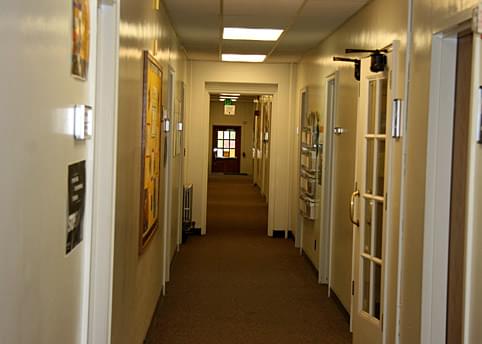 Probably. It appears to be so.

When graves are disturbed, or moved or built on top of, entities can get upset, lost, confused. The offices in this building are mostly closed at night, leaving the place for the restless, lost spirits.

Knight Hall can be found near the intersection of Invision and S. 13th Street. It faces south, right across from the University Library. It is a block north of E. Grand St. which is also 80 Business HWY. 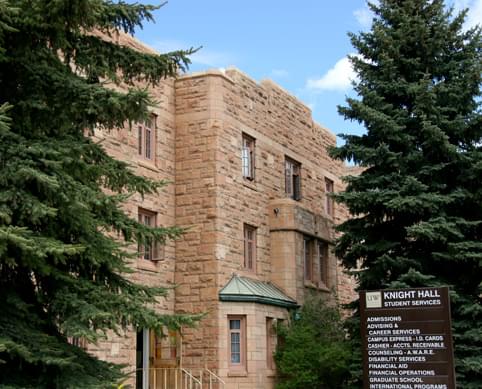 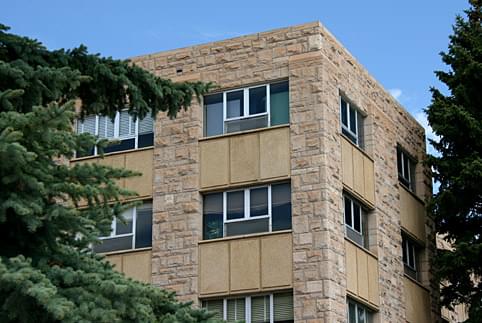 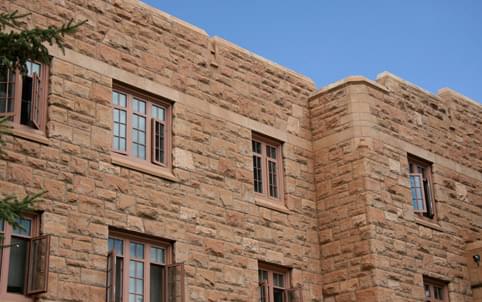