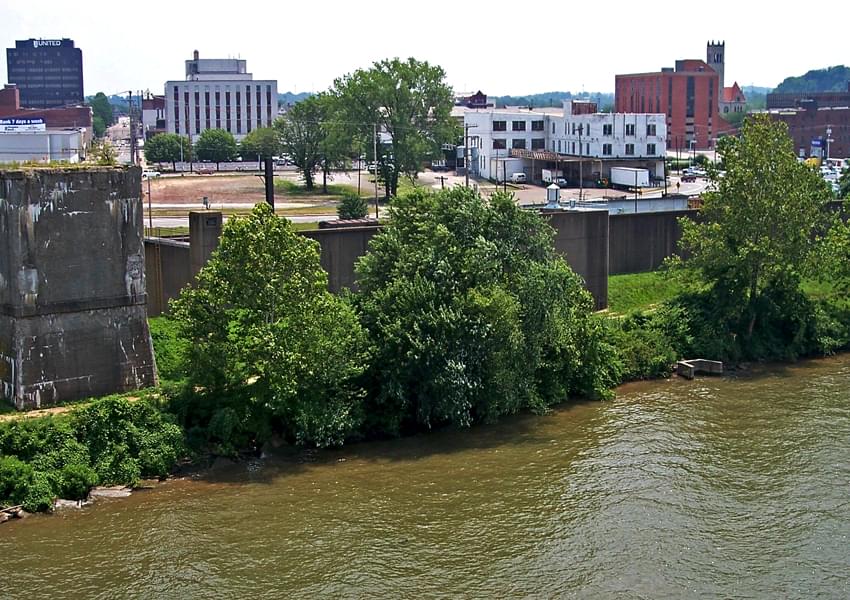 Though a smaller town, Parkersburg has the reputation of being one of the most haunted cities, and one can see why if one takes a look at the town’s history. It has a little of everything that has the habit of providing the conditions for hauntings to occur; From a ruined rich family with personal tragedies, to a wild city life style to Civil War connections, with a few other entities and beasties thrown in for good measure!

Family pain and life’s trials, like everywhere else people live, was a reality to all classes of people living in Parkersburg and the surrounding areas. The Wealthy Blennerhassett family and the Marr family both suffered and endured death of family members and loss of property.

During the Civil War years, Parkersburg had the reputation as being a very morally loose city indeed; called “wickedest city along the Ohio River.” Parkersburg during this time became an adult playground where people and soldiers on leave went to drink, gamble and visit brothels, living like there may be no tomorrow. Drinking, gambling and sexual immorality often bring out the worst in human nature causing pain, distress, personal disasters and sometimes death, which can all cause hauntings.

Parkersburg also was the sight of 5 Civil War hospitals for the Confederacy, where a lot of men died. Uh oh! 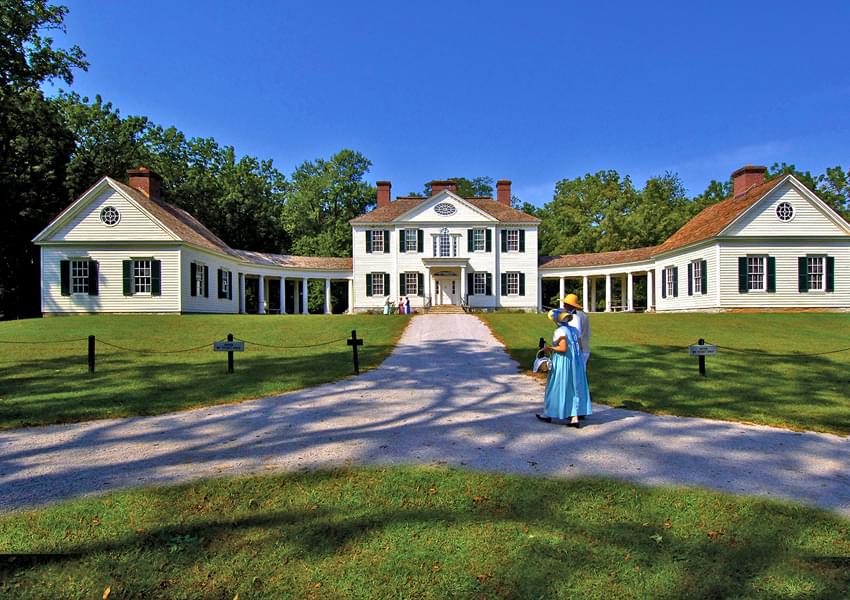 Quincy Hill Hauntings Parkersburg was the sight of 5 Civil War hospitals. Because of the huge number of hurt soldiers, an overflow tent city was established to temporarily keep ill soldiers or soldiers with minor injuries, until a bed opened up for them at one of the other hospitals. The railroad had no way to transport the wounded across the Ohio River, so this was their solution. The tent overflow hospital was located at Quincy Hill. Because of the fast spread of disease, Many young men not quite ready to die expired in agony here, some of which tried to crawl down the hill to a hospital which explains the orbs, strange occurrences and apparitions seen here and around the area, by nearby people who live in houses built near Quincy Hill. They also hear the dying soldiers’ cries and moans.

The Parkersburg Art Center sits on the former location of the Camden Theater. The theater burned to the ground in 1928. As a lot of theaters for a variety of reasons have resident entities, Camden Theater had some theater-loving ghosts as well. Though the building was gone, the spirits stuck around and haunted the land, until new buildings were built, providing new places to move into with the living. People in the Parkersburg Art Center and in the buildings on the city block where the theater once stood often smell hot buttered popcorn and notice heavy objects being lifted and falling over, being picked up and dropped by unseen hands.

Blennerhassett Island Historical State Park – Blennerhassett Mansion & Island – Ghost of the legendary Margaret Blennerhassett – has gladly made herself at home in the huge rebuilt mansion, which her husband, the rich Irishman, Harman Blennerhassett, had constructed originally in 1798 when he settled with his family on the island.

Unfortunately for him, he met his ruin in 1806, when he and Aaron Burr hatched a “mysterious military enterprise,” of some sort. President Jefferson accused them both of treason and Harman Blennerhassett wound up for a little while in the Virginia State Penn. Both men were found not guilty, but were ruined just the same.

Because of his troubles, Margaret Blennerhassett and Harman only lived a few years in this glorious, elegant Palladian style mansion which had 7,000 square feet of floor space. The main part of the mansion showcased 12 grand rooms. One of these rooms was paneled from floor to ceiling in lustrous black walnut. Nothing but the finest adorned the rooms, all material and furnishings coming from London and Paris. Surrounding the mansion, its grounds were equally impressive, with a 2 1/3 acre flower garden and two huge lawns.

While Margaret Blennerhassett loved to entertain socially and simply adored this most impressive mansion, it must have broken her heart to have to leave it behind most of all though because two of the couple’s children, a 6 year old daughter and a baby also died while the family lived on the island, and were buried on the grounds.

Unfortunately, the mansion burned to the ground in 1811 in an accidental fire. However, 165 years later in 1973, archaeologists unearthed the mansion’s foundations, and the whole mansion has been carefully recreated for the public to see, though work is still being done to refurbish it.

Margaret Blennerhassett must have been insanely happy, and has moved back into her much-adored mansion. She is very amiable with the living, as she had always loved people and company.

Margaret Blennerhassett isn’t the only entity. It also seems that Mary has reunited with her two children who were buried there on the mansion’s grounds. During the evening hours, the apparitions of Mary Blennerhassett, holding her baby with the 6 year old girl by Mary’s side have been seen walking around the island. 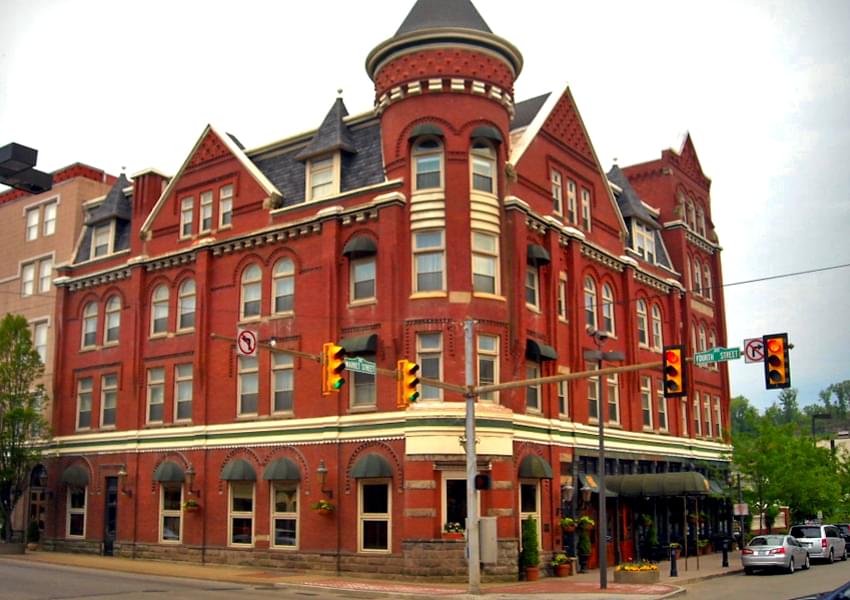 The Blennerhassett Hotel – Built in 1889, by wealthy prominent Parkersburg businessman, William Chancellor, who provided unmatched style and elegance for his guests, in this glorious hotel that he loved. The Blennerhassett Hotel, while still providing the very best, is also said to be the sanctuary home to entities from the past, who wanted to stick around a hotel which they loved during life or perhaps had an unfortunate end on the property. Has ongoing paranormal activities and approximately five ghosts in residence, who are willing to exist with the living. One such entity is William Chancellor himself, who has stayed on, keeping an eye on the living, to be sure guests are treated well, while enjoying the hotel which he truly loved. He has been seen walking the halls, accompanied with the smell of cigar smoke.

Riverview Cemetery – Founded in 1801: Quite a few entities are not at rest in this cemetery. Orbs and other strange occurrences are commonly photographed by ghost enthusiasts. Apparition of a Sea Captain, has been spotted, bending over his grave, and the other apparitions also walk around the cemetery.

The Ghost of the Silver Run Tunnel: The old B&O Railroad corridor between Grafton and Parkersburg is now a Bike trial, which goes through the Silver Run Tunnel. Back in 1880, a young woman with raven black hair, who was traveling to Parkersburg to get married. She disappeared from the #19 train, perhaps falling off or was thrown off, resulting in her death. Throughout the years, train conductors have seen “a beautiful woman with raven hair and long white gown, standing in the middle of the tracks at the far end of the tunnel.”

Other paranormal entities found around Parkersburg….

Originating in Scotland, these scary looking death-fairies appear, wailing in grief to announce an impending death. One was featured in the Disney film, DARBY O’Gill and the Little People, which scared me silly as a child. These Irish/Scottish death fairies, have attached themselves to Irish and Scottish clans and a few have immigrated to West Virginia with families from Ireland and Scotland to carry on their calling. YIKES! Some have appeared in the APPALACHIAN area as well, another place where the Irish and Scots had immigrated to live.

Marrtown, a Scottish farming community is in the Parkersburg area, and the Marr family, since the Civil War is still visited by their family’s Banshee fairy. She appears as an old woman, on a white horse, wearing a death shroud and tattered clothing, her eyes red from crying. Just after the Civil War, Thomas Marr and his family came out of it alive, but had lost a lot of land. He went to work at a Toll booth in Parkersburg to earn a living to feed his family. Unfortunately, he was probably shot by a renegade ex-soldier and died. Well, guess who paid his wife a visit? Yep, the family banshee, though she didn’t stay for tea!

The legendary Mothman – Mothman is an interesting beastie, a gray creature -like man with huge wings and red eyes, originating in Point Pleasant, WV and is drawn by negative energy, sometimes spotted around graveyards. He has been seen in Ohio and West Virginia, has inspired an X-Files episode, several websites and many books. He seems to have visited the Parkersburg area as well.

Being such a hotbed for paranormal activity, the local Ghost Hunter’s organization, conducts Ghost Tours around the city of Parkersburg, starting from the The Blennerhassett Hotel, lasting for 1 and 1/2 to two hours. All tours are led by local ghost hunters, psychic mediums and paranormal authors, such as Susan Sheppard, who has written books on ghosts haunting the city of Parkersburg.

The 2004 Haunted West Virginia Ghost Hunters and Spirituality Conference was held in the Parkersburg Art Center, with the theme being The “Ghosts of the Civil War.” Experts in the paranormal field were brought in as speakers and leaders of planned ghost hunts.

The city of Parkersburg is located in Northwest West Virginia, right next to the Ohio River in Wood County, across the river from Belpre, Ohio. Parkersburg is 63.7 miles north of Charleston, West Virginia. It is home to a population ranging from 32,000 – 33,000. It encompasses 11.8 square miles.