Deaths of military personnel can cause spirits to want to continue to serve. 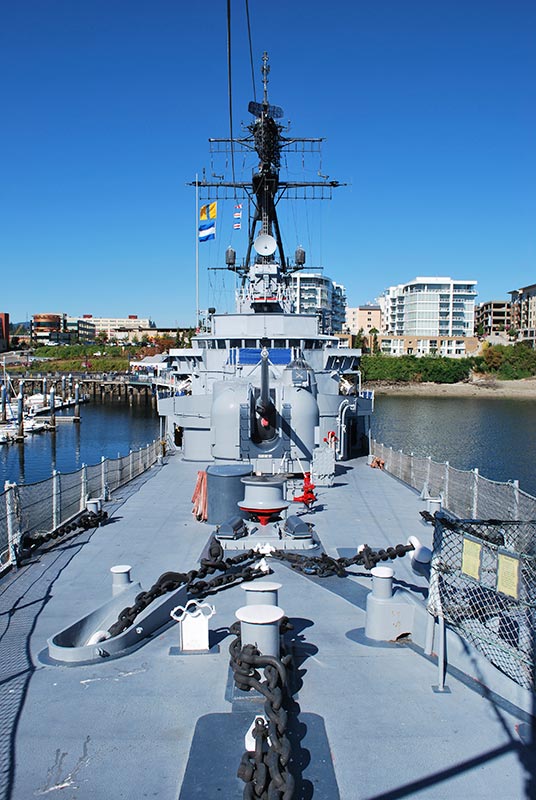 The USS Turner Joy DDD51 is a Forrest Sherman Destroyer, the last destroyer made in this series, that is now being uses as a stationary, memorial ship museum. It is described as being an “active and Educational facility” that “honors not only the men and women of our modern US Navy, but also recognizes the accomplishments of those who help build and maintain the Navy’s ships as well.”

It is 418.3 feet long, has a beam (width) of 45.3 feet, a draft of 22 feet, and has a propulsion system of four 1200 lb. boilers; two steam turbines; two shafts, allowing it to speed along at 32+ knots. For battle situations, the destroyer had three 5-inch/54 caliber guns and two Mark 32 torpedo launchers that carried six Mark 46 torpedoes each. Displacement: 2,800 tons; approximately 4,000 tons full load.

The living quarters and mess hall facilities took care of 17 officers, 275 enlisted men. There was also a hospital/sick bay on board, a dentist, a store, and other services needed to meet the needs of all the people serving on this destroyer, The USS Turner Joy DDD51.

The USS Turner Joy DDD51 looks very much like it did during its early years of active duty in Vietnam from 1960-1973.

Visitors can go on a guided tour with a volunteer docent, and experience a true step back in time. Also on display are items related to life on board, military tools and armament, and a history of many encounters of naval ships in the 20th century.

Besides being a memorial ship museum, more educational and functional uses are also available to the public at large. Groups like the Boy Scouts, and the Girl Scouts have spent the night here as well, under the museum’s Over-Nighter Program.

People can also rent this ship museum for events, memorials and meetings, bringing more money into the coffers for its upkeep.

Built by The Puget Sound Bridge & Dredging Company, located in Seattle, The USS Turner Joy DDD51 was launched as a Naval destroyer on May 12,1958, and was commissioned in 1959. It was named for war hero Admiral Charles Turner Joy, who died in 1956.

The USS Turner Joy DDD51 gained its notoriety as being one of the two naval ships that was targeted by the North Vietnamese. In 1964, in the Gulf of Tonkin, The USS Turner Joy and The USS Madison had a brief battle with a North Vietnam torpedo boat. This incident inspired our deeper involvement into the Vietnam conflict. 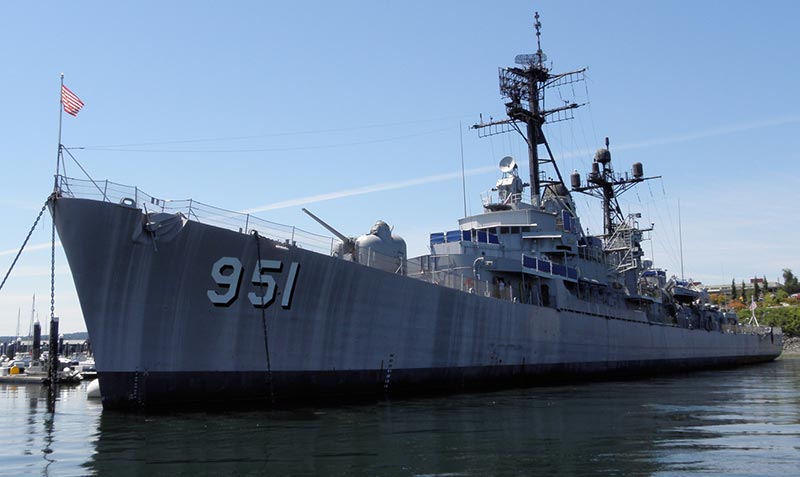 In 1982, all Forrest Sherman Destroyers were decommissioned from active Naval duty. While some Forrest Sherman Destroyers were upgraded and transformed into more modern destroyers, it wasn’t to be for The USS Turner Joy DDD51. In 1990, the USS Turner Joy was discharged completely from Navy records as an official naval ship and chosen to be a memorial ship museum. It was given to Bremerton Historic Ships Association on April 10, 1991.

The Bremerton Historic Ships Association had formed in 1988, perhaps in anticipation of being given this grand old Forrest Sherman Destroyer. They are a non-profit organization with the goals of acquiring vessels, presenting programs, and activities for “educational, historic, and memorial purposes.” The USS Turner Joy destroyer has been restored to accurately portray what it was like during her most active years between 1960 and 1982. 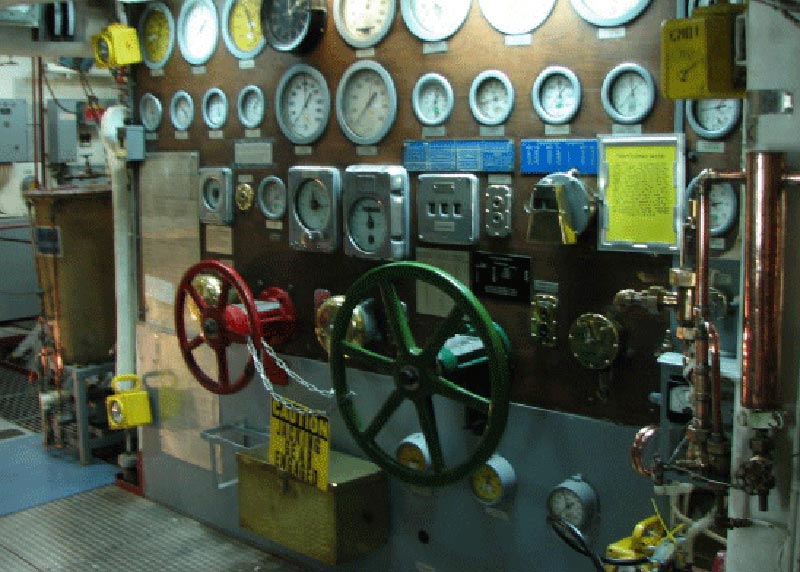 Deaths of military personnel from illnesses, accidents, tragedies, and crashes can cause the soldiers’ spirits to want to continue to serve in their field position, or aboard their plane or ship, not wanting to leave their military service just yet, but choosing to stay with buddies, especially if they had a sudden death that whipped them out of their bodies.

While a few sailors were wounded from enemy fire on occasion, none were killed this way. Accidents and illnesses, however, happened aboard The USS Turner Joy DDD51, resulting in sailors loosing their lives while serving on this destroyer.

One known accident took place in 1965, during a battle support episode off the coast of South Vietnam. The number one Gun Mount 53 had a terrible incident while being used to provide gun shell support for troops on the mainland of South Vietnam.

The gun barrel overheated, causing a 70-lb shell to jam and explode, blowing back and killing three sailors and injuring three others. The three bodies were kept in a refrigerator until they could be transported out.

It is thought that one to three male entities, or perhaps more, still stay on board. Personal experiences have also been reported by staff, visitors and paranormal investigators.

Apparitions have been seen by visitors and staff, in various parts of this ship museum. It is thought that one to three male entities, or perhaps more, still stay on board.

Right by the lockers in the enlisted men’s sleeping quarters, a male face appeared in a mirror, startling some female staff members, who ran up the stairs in a fright.

Unseen presences have been felt, noticed by people and made themselves known on the ship.

Ghost Hunter, author, and founder of Pacific Northwest Paranormal Research Center in Seattle, Ross Allison, experienced a male voice calling out to him in a darkened area of the USS Turner Joy DDD51 Museum Ship.

During an AGHOST investigation, an investigator, Michelle, felt an unseen presence following her throughout the ship.

Unexplained cold spots have been felt in the aft Gun Turret and the engine room.

Cold spots, with accompanying chills and hair standing up on end were all experienced by visitors in the berthing area, near the visitors’ entrance.

When looking into the refrigerator that held the three bodies of the sailors killed by the exploding shell in the turret of number one Gun Mount 53, the investigators found that their fully charged camera batteries suddenly were completely drained, which could’ve been a sign of spirits looking for energy to manifest.

Yes Indeed! At least one to three or more male entities are still on board, perhaps being the casualties of accidents, illnesses, or tragedies. Personal experiences have been reported, and hard evidence has been captured by several groups of paranormal investigators.

In fact, the spirits who stay and visit The USS Turner Joy DDD51 Memorial Ship Museum have been somewhat been put to work, entertaining wanna-be ghost hunters who sign up for the Seattle Ghost Tours. The spirits feel less alone and lonesome, and perhaps want to help the living make some more money to support this fine museum ship, a place that they can’t quite leave behind. 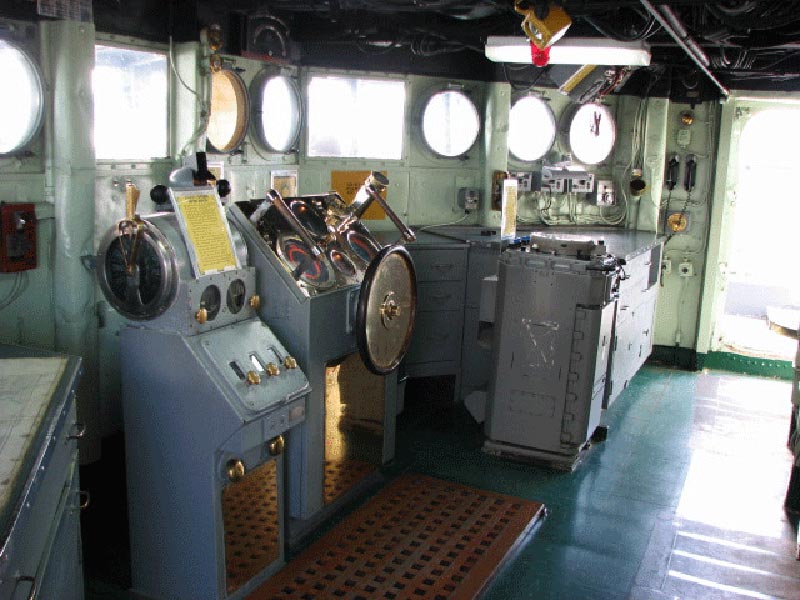 Personal experiences have been reported, ever since The USS Turner Joy DDD51 became a memorial ship museum.

A lot of hard evidence has been captured by experienced, paranormal investigators.

Ross Allison of the Pacific Northwest Paranormal Research Center and his team were able to capture some “amazing EVPs from the departed crew themselves.”

August 4th, 2012, AGHOST – Advanced Ghost Hunters Of Seattle Tacoma – investigated and captured some intelligent EVPs, combined with flashlight communications in a conversation from a male spirit they first encountered in the enlisted men’s bunk area.

Through an EVP conversation, this male spirit admitted to following the paranormal investigator, Michelle, around the destroyer.

The Washington State Paranormal Society, or W.A.P.S, conducted a 10 p.m. to 2 a.m. investigation, during which investigators believe they found evidence of paranormal activity in the museum.

As a way to raise funds for the ship’s upkeep, the Bremerton Historic Ships Association has authorized monthly ghost hunts that are led by real paranormal investigators; Spooked In Seattle Ghost Tours. This opportunity is offered on the first Saturday of the month, May through December. Space is limited to 25 guests per ghost hunt. Price is 30 dollars per-person.

People who sign up for the ghost hunt can see beforehand what hard evidence has already been captured on board.