Skip to content
More From Tacoma More From Washington

Spirits who loved a most enjoyable public place, like to visit it or stay.

People who die while having a good time of rest
and recreation, perhaps aren’t ready to go just yet.

After witnessing a fatal accident, a grieving person did a rash action.

If separated by tragedy, means sometimes
being separated in the spirit world, causing restlessness.

Point Defiance Park in the late 19th century was a popular get-away for the people of Tacoma. They would travel to the 702 acre Point Defiance Park, where they could visit the zoo; (now Zoo and Aquarium), gardens, Fort Nisqually, (now a hands-on living history museum), a boardwalk, have a picnic, hear a concert at an outside theater shell (gone but replaced), go swimming at a salt water pool (long gone), use the boathouse, beach, walk the nature trails, and even a stand of old-growth forest, that is preserved today.

Trolleys would run from the heart of Tacoma to Point Defiance Park. The building that was originally built on this spot was described as a “rustic shelter”; used as a Trolley Car Station, for visitors from Tacoma, wanting to enjoy the activities in the huge Point Defiance Park. 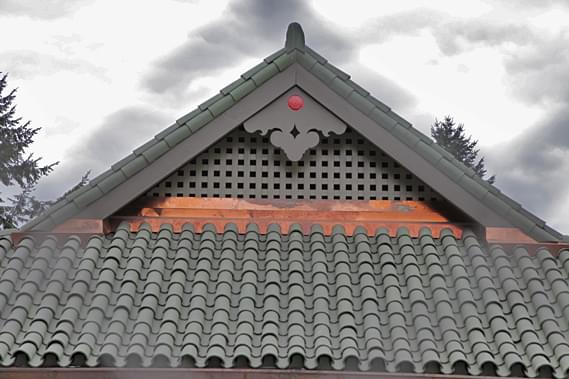 In 1914, the fancier, upscale, larger 2 story, much loved Pagoda was built on this site, offering an event place for the upper-classes of Tacoma, but still providing a Trolley Car Station and a small Aid Station on the first floor. When the trolley stopped running, the first floor became storage, and much later, a classroom/activity room.

Because the Pagoda sat on land that sloped away from the parking area, the visitor entered by the second floor, and took the stairs down to the first floor. The Pagoda’s long tradition of being a popular place to have a social event of any kind continued on throughout the years and being the focal point of the Japanese Garden as well. A veranda was added that opened up the social aspect of the Pagoda.

In Sept. of 2011, imagine the horror of a mother of the bride on the morning of her daughter’s wedding when she saw on her TV, the chosen wedding venue, The Pagoda, burning because of an arson fire!! The officials quickly made room in the Point Defiance Park Zoo for this wedding, but the damage to the Pagoda was serious.

A community of volunteers showed up, offering to help clean up the mess, and do what they could to help in recovering this most cherished city landmark. “They are offering to raise money, scrub soot, replant gardens, paint, stain, do research and fine woodworking. They want their hands on the recovery.”
A list of names and abilities was taken, and used later to coordinate this big job.

The city council decided to make lemonade out of lemons, and treat this as an opportunity to bring this historical treasure up to code; renovate and restore this almost 100 year old building. The Tacoma City Council allocated a starting sum of 1.7 million dollars. In the plan designed, building improvements included a new roof, rotted wood replacement, heated floors, and several rooms downstairs to house educational classrooms were scheduled work projects. These multipurpose rooms would be made available for programs such as the Science and Math Institute – “a Point Defiance-based high school that’s part of Tacoma Public Schools”.

However, the Tacoma City Council knew full well that probably more work than expected might be required in their efforts. It is always an adventure when renovating a fixer-upper opportunity. Sure enough, while preparing to seal the foundation, a contractor discovered that the 100 year old concrete, made from salt-covered gravel from the sound was disintegrating where it had gotten wet over the years, breaking off in his hand. Such was the case for the veranda and exterior stairs as well. All the cement used in the building would need to be reinforced as well. Uh oh!

Another problem was revealed under the plaza area, where the parking lot once stood. It was discovered that the plaza was built upon trash, old logs and stumps. Sturdier soil would have to replace this unstable material, so that it could be turned back into what was there 100 years ago, a grass and trolley yard with tracks. The Tacoma City Council didn’t blink an eye; A lot more money was provided for this now rather huge project.

When we visited the Pagoda during the summer of 2012, the major renovation projects were in full force. The entire building was inclosed in fencing, but we could make out the lovely Pagoda roof! … It was obvious then that this old, beloved building is getting a first-rate make-over that it deserves. There is to be a grand reopening day on January 12th, 2013, as all the renovations, and improvements to code have been finished and the community is ready to celebrate!!

The total cost came to nearly 7 million dollars, but it was well worth it in the eyes of the people of Tacoma. Opportunities to put this building to work continues to be promising! It will continue to be a popular spot for events and weddings, plus the school district probably pays a fee for the use of the rooms downstairs. Other groups will also want to schedule their events here as well. 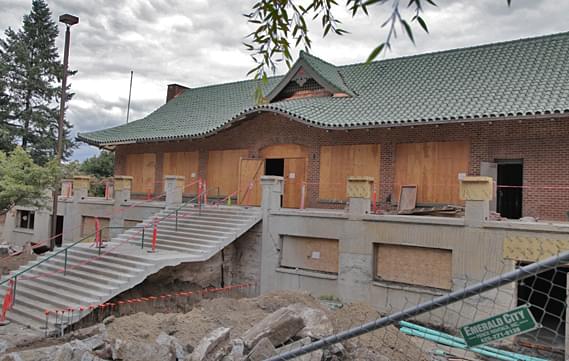 People who find a public place to be most enjoyable, memorable and fun, like to visit it or stay there after they die.

At The Pagoda and surrounding areas, many people throughout the eras enjoyed themselves here at an event, or a day at the park. There were probably changing rooms in the bathrooms on the first floor.

A homeless man who enjoyed staying in the area of the Pagoda, died on its lower level patio sometime in the 1990s.

People who die while they are supposed to be having a good time of rest and recreation, perhaps aren’t ready to accept their sudden demise.

Perhaps some folks died in the process of having fun at an event, had a trolley accident, drowned in the ocean, were mugged in the Park, etc.

The wife of the husband who killed himself, could be looking for him to be reunited on the same level. She was looking forward to being with her husband once more after visiting her parents, but instead died in the water in an accident that wasn’t supposed to happen.

There was a 14 year old girl who was pulled off her bike and killed in the park. Perhaps she is one of the spirits who visits.

People who commit suicide out of emotion because of a disaster that had happened and they can’t live with the aftermath, sometimes don’t find the peace in escaping this world at their own hands that they were looking for on the other side, and find themselves in this world still in pain and reliving their death.

When a man witnessed the death of his wife in a ferry accident, his grief and horror overwhelmed him, and he killed himself in a bathroom on the lower level of the Pagoda.

Every Saturday, a young couple would take the trolley to the Pagoda area, where the wife would catch the small shuttle boat across the bay to Vashon Island to see her parents, while her husband would stay at the park, enjoy the beach, etc. and wait for her return. The unspeakable accident happened, at the Vashon Ferry dock when a small shuttle boat turned over. The husband saw his wife fall into the water, and drown, while standing on the shore.

When loving members of a family; a couple, a parent and child are separated by tragedy, they sometimes are separated on the other side, and look for each other in their familiar places in this world, or worry about the well-being of the loved one they left behind.

The entity of the Suicidal Husband

Witnesses have heard the sound of hard-soled shoes clomping down the eastern outside stairs to the lower level. The husband is thought to be the source of these footfalls.

Loud, sighing sounds are also attributed to him.

The entity of a female; the wife that drowned

A woman, dressed in wet white clothes is seen both on the lower level and at the entry way on the second level.

Perhaps she lets the living know how she died, by adding the sound effects of her drenched self hitting the water, when the boat overturned.

Some of the footsteps are attributed to her as well, as she looks for her beloved.

The male entity of an older, homeless man

His apparition is seen sitting on the ground on the patio area, near where he died alone. When approached, he looks up and vanishes.

Before the fire? Probably so. After the fire and reconstruction? Unknown. There have been no reported incidents, perhaps because no one was working on the damaged Pagoda at night, when some activity has traditionally happened. Perhaps the spirits took a little holiday away from The Pagoda, because of all the construction and mess ( Newport Art Museum ). Or, perhaps the construction was a source of entertainment to watch!

Time will tell though, if the spirits will become active again in the renovated, restored building.

If the young wife hasn’t found her distraught husband yet, she will probably continue her search for him.

Perhaps the distraction of the construction may stop the grieving husband long enough to notice his wife who is looking for him; or maybe not. They see only what they want to see sometimes.

The entity of the homeless man may return to enjoy the newly renovated Pagoda.

Plus, other spirits hanging around Point Defiance Park may decide to come and visit this new and improved Pagoda!

While there have been no paranormal investigations reported on-line or in books or articles, staff members and visitors/guests have reported paranormal activity listed above for years; though the spirits don’t directly communicate with the living, asking for help, so caught up with their purpose in mind.

The Pagoda can be found in Point Defiance Park, between Five Mile Road and N. Waterfront Drive, with its veranda and second floor bay windows offering a lovely view of the water. It is in the northern part of Point Defiance Park, with walkways down to the other attractions.

Haunts in Tacoma Haunts in Washington