Entities have high standards for wine and aren’t afraid to show their displeasure! 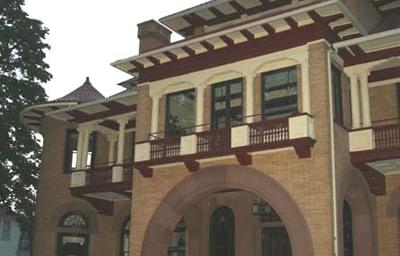 This National Register of Historic Places structure, which is treasured by the community, is a 12,000 square foot, three story 1897 mansion, which now houses on the second floor, the law offices of Eymann, Allison Fennessy, Hunter and Jones. After being bought by a separate entity formed by this law firm’s partners, Spokane Civic Group LLC for a mere 1.03 million dollars in February 2003, an extensive 1 million dollar renovation effort began to restore the original finery that was present when it was built to be “the most luxurious mansion ever.”

Though this massive fixer-upper project was supposed to be done 6 months ago as of November 7, 2005, quite a lot was accomplished to a mansion looking a little long in the tooth, in need of some TLC.

Practical matters such as a new roof, pulling up carpets and redoing the hard wood floors, replacing the electrical wiring, plumbing and irrigation systems for the yard were accomplished. The mansion’s decks and nine fireplaces, the east patio, and boarded up windows near the old restaurant kitchen were restored.

To bring the mansion into the 21st century, a new bathroom was built onto the first floor, which matched the nearby dining room. Each room in the mansion has its own heating and ventilation unit. 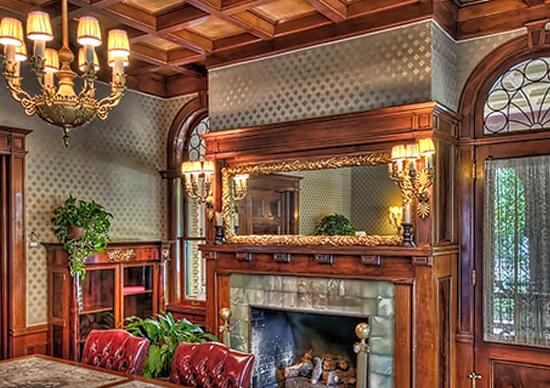 One of the rooms on the first floor can be used soon as a rental for local organizations for meetings. It will offer removable tables, a “retractable projection screen” and 20 computer hook-ups.

Consultants were brought in to be sure that this renovation is historically accurate, as both the general repair and detail work was carefully done by craftsmen and other experts in restoration.

The wood inside as well as other things needed hours of repair and restoration due to its age and the fact that the restaurant experience left dings and bruises. But the final result must be stunning, especially the columns near the breath-taking Tiffany stained-glass windows.

Some of the artifacts found in the mansion were sent away to experts to be cleaned, restored, such as the mid-1800s German monastery wall coverings, which were sent to an expert living in Moscow.

The firm plans to offer tours of the mansion in its restored state, which allows the public to see what great shape Spokane’s “eclectic landmark” is now in, thanks to the dedicated work of many people and the new owners willing to restore Patrick Clark’s pride and joy in a way he would approve! 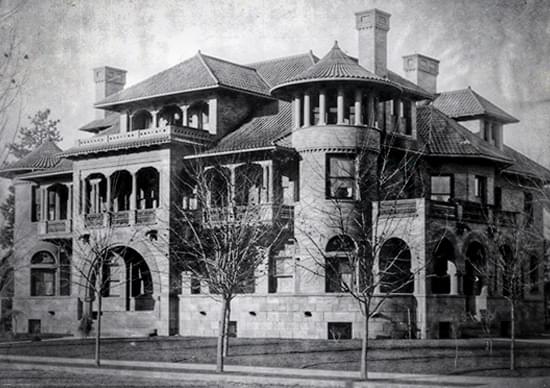 The Irish came to Eastern Washington in the time period of 1845-1870. Many were important in building up the economic structure in Spokane. One such gentleman was businessman and millionaire Patrick “Patsy” Clark. Clark made his fortune in the mining industry, and came into his own in the late 1800s. He was considered “a leading figure in Spokane’ s social and financial elite class.

The Spokane fire of 1889 destroyed quite a few mansions, including Clark’s. Unfazed, this important Spokane citizen rebuilt himself a more glorious and elaborate mansion, using the skills of famed architect Kirkland Kelsey Cutter, who rebuilt most of the buildings and homes in Spokane, which blessed the city with more beauty than before.

This new mansion and its furnishings cost a whopping $13,000,000 dollars, which was a substantial chunk of money, even by today’s standards. Only the very best would do. Both Patsy Clark and the architect Kirkland Cutter traveled the world looking for the right materials and furnishings. “Mrs. Clark met her callers in a room with golden lined chairs and silk curtains. The library rug was said to have cost $17,000 and the grandfather clock was made in England and the chandeliers were ordered from Tiffany of New York.”

Behind the mansion was the combination of carriage house and stable, for both carriages and an assortment of animals. “It housed two Shetland ponies, two Newfoundland dogs and a wicker basket cart , a driving horse for the two wheel cart, two lighter horses for the Spider, two heavy horses for the Landau, and a cow. In those days there was no real dairy, so most of the elite kept their own cow.”

Patsy and his wife Mary loved their new home and lived there until their deaths. Patrick died in 1915 and Mary passed on in 1926.

The mansion was sold to an investor, Eugene Enloe. Then the mansion passed through a series of owners which put the mansion to work so to speak. The mansion at one point was the Francis Lester Inn, a restaurant and reception/event establishment until 1982. When new owners bought the mansion, they restored the aging building and opened a high class restaurant, which was closed in May 2002 after a twenty year run. 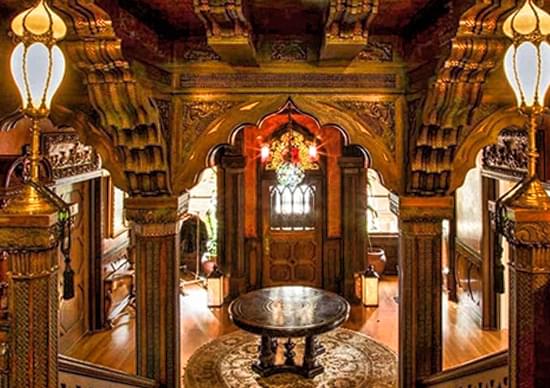 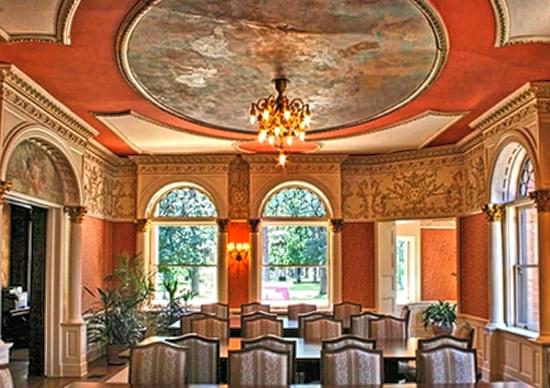 Not much is known as to who haunts the wine cellar and basement. One theory might be that the quality of wine served wasn’t up to the someone’s standards, or perhaps it was their way to gets some chuckles at the expense of the employees.

The old wine cellar located in the basement was reported to be the play area of three entities, whose antics were reported by employees of the various restaurants and inn who called the mansion home.

a) At various times of the day and night during business operating hours, the living would feel/observe an unseen presence or two pick up items found in the basement wine cellar, usually wine bottles, and throw them across the room for chuckles and perhaps make a statement of protest to startle the employees unlucky enough to be picked to go down and get the wine.

b) Cold spots were probably felt.

Unless they were exorcised, the entities may still be there, but perhaps a little bored. Renovations and restorations of old mansions have been known to activate the entities, so more paranormal activity may be experienced by those who use the mansion now.

The Patsy Clark Mansion is now home to offices and holds receptions. 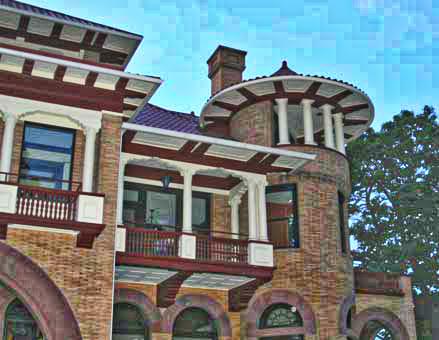