Skip to content
More From Memphis More From Tennessee

This 16-room reddish-brick Hunt/Phelan antebellum mansion, beautiful to behold in its restored state, sits on 5 acres, behind an iron gate, sitting back on its huge lot, with a glorious, expansive green lawn in front. It follows the Greek revival architecture, with other unique embellishments. It originally was built with an escape tunnel. Some say that this mansion was at some point, an underground railroad station, that hid slaves, and got them on the boats to Illinois.

The original structure of Hunt/Phelan House (now The Inn at Hunt Phelan) was built in 1828-1830 by George H. Whyett, minus the later improvements and Ionic Columns. Jesse Tate bought the mansion from George Whyett. Eli and Julia Driver purchased the house from Jesse Tate in 1850. They decided it was time to renovate this mansion with some home improvements, to update the architecture from Federalist to Greek Revival, to be more modern with the trends.

In 1855, the Drivers added a two story kitchen and service wing, improved landscaping, moving the original front portico to the side, and constructing a two-story portico, adding Ionic columns.

The Drivers unfortunately didn’t get to live here too long to enjoy the new look of their mansion. Around the outbreak of the Civil War, and throughout its duration, the Driver’s son-in-law, William Richard Hunt, owned the mansion. 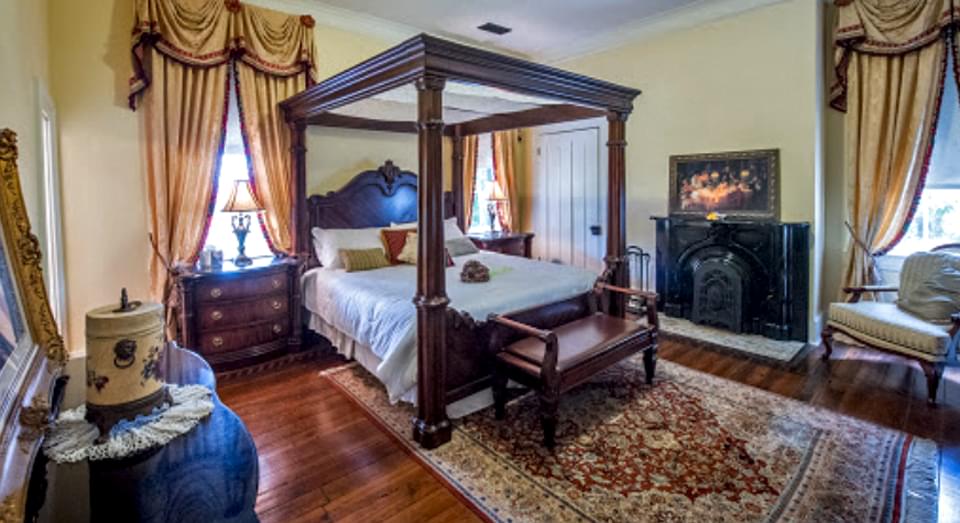 Eli and Julia Driver must have had great discernment and taste, for their mansion caught the fancy of both the Confederate military leadership and the Union military leadership, who loved the new improvements so much that they each, when they were in control of the city of Memphis, made this mansion their headquarters. Also, perhaps the underground escape tunnel was a feature that was irresistible. How could you, as a homeowner, say no?

The Confederate military leadership moved into the mansion, at the start of the Civil War. Confederate General Leonidas Polk planned the battle at Corinth, Mississippi, in this mansion. After the naval defeat of Memphis ships on the Mississippi River, Memphis was taken over without a fight by Union Troops in 1862. This resulted in no house to house combat, less bloodshed & civilian casualties, and new occupants for this mansion. Union headquarters moved into the Hunt/Phelan mansion, three steps behind the Confederates moving out. After the Battle of Shiloh, Union General Ulysses S. Grant used the house, June 27 to July 12, 1862. Grant planned the battle strategy to take Vicksburg while sitting in the mansion’s library & parlor.

Memphis became the supply center for the Union forces, and a place to send their wounded to recover. From 1863 to 1865, the mansion became a soldiers’ home and hospital, and provided housing for teachers sent to Memphis to teach the freed people who once were slaves, under the control of Union’s Western Sanitary Commission.

In 1865, the house once more became the private residence of the Hunts, who began the long process of repairing this lovely mansion, now a bit war-torn, and damaged from institutional use.

In the 20th century, the mansion was sold to a Standard Oil geologist, Stephen Rice Phelan; a rather peculiar man. Though he dutifully wrote down on paper the history of the mansion, he became more and more of a recluse as he aged, neglecting the maintenance of this mansion, (uh oh); something one can’t do when owning an older home. The mansion was chained and padlocked, and the grass and weeds grew tall, as the mansion deteriorated, becoming an eye-sore.

Bill Day, Phelan’s nephew, came to the mansion’s rescue when he inherited this once, lovely home, now a real fixer-upper opportunity, in the 1990s. He put a boatload of money into an extensive restoration of the mansion, using old photos and maps, and the skills of restoration architects and artists. In the mid -1990s, the mansion once again received visitors, coming to take a tour of this restored beauty. Maintaining a large ante-bellum mansion is hard, unless a way is found to put the mansion in question to work. Day wound up selling the mansion to a couple, minus the original furnishings and papers, who opened up an Inn, putting the Hunt-Phelan mansion to work as a commercial enterprise, calling it, The Inn at Hunt Phelan. 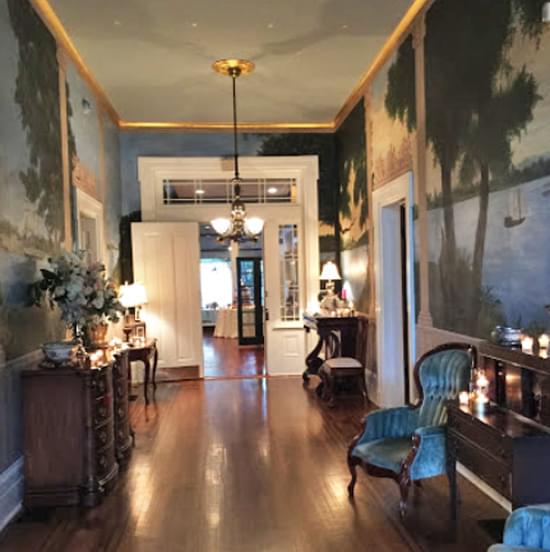 During the Revolutionary War, the War of 1812, and the Civil War, when a town was about to be taken over by enemy troops, citizens and their servants would often hide or bury their money (Cedar Grove Mansion), their valuables and food, to keep them from being taken by not-so-nice invading soldiers who are looking for spoils of war, supplies they need, or souvenirs to take home. The town of Chambersburg, in PA., was burned twice by Rebel forces, and a family silver tea set, belonging to Mrs. Miesse’s family, was buried several times, as it was during the Revolutionary War.

As the people of Memphis could watch the battle between Union and Confederate forces take place on the Mississippi River, I’m sure many took the precaution and buried their personal treasures/money to keep them out of the hands of the Union soldiers.

One possible theory behind the haunting in this mansion, thought of by this compiler of ghost stories, is that a loyal servant of the Hunt family buried or hid his own personal valuables/money, and/or some of the Hunt family’s money or valuables that didn’t make it onto the boxcar provided by Confederate forces. This servant wasn’t able to tell them or his own family where the hiding place was located, as both sides of the Civil War conflict used their mansion as their headquarters, and for a home for Union soldiers as well.

This theory guesses that perhaps the servant must have died sometime during the three years that Memphis was occupied, and has been the unwilling bearer of this vital knowledge, burdened by this unfinished business. This secret that he is now stuck with, is not allowing him to rest, and go to the other side. It seems to the living at this point that this entity really wants someone to find the money/treasure that he has hidden.

Having worrisome, unfinished business or a burning goal that was not accomplished, can keep a spirit grounded in this world. 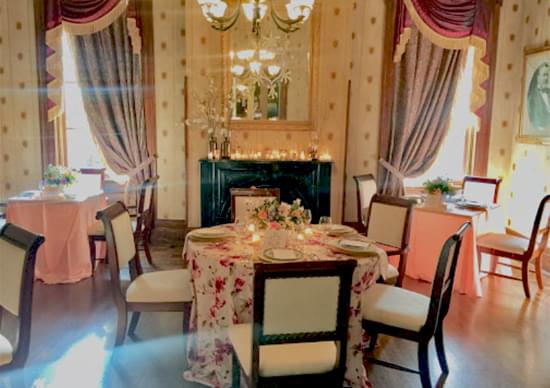 A male entity – seen in a 19th century servant uniform.

His apparition has been seen by guests and staff. He earnestly tries to show where he hid the treasure of long ago. More details will be provided when a current investigation of Hunt/Phelan Mansion is finished.

There are many eye witness experiences, and it has been reported by several web sites that this spirit is still stuck here in this world. We hope to have some hard evidence to report from a paranormal group who have recently investigated the mansion/inn. 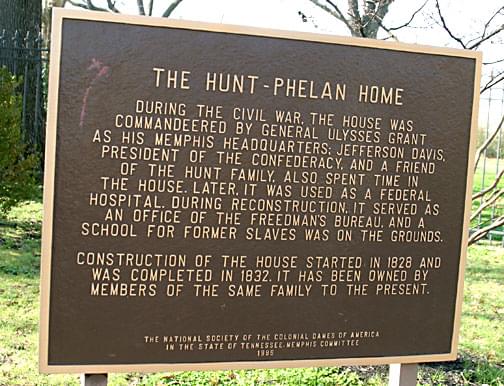 Hunt/Phelan House (The Inn at Hunt Phelan) can be found on the corner of Beale Street and S. Lauderdale Street.

Haunts in Memphis Haunts in Tennessee