Skip to content
More From Charleston More From South Carolina

A riding accident victim still does what he truly enjoyed while alive. 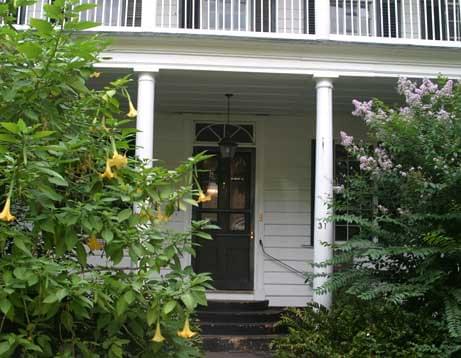 Described as a comfortable, two-story house, complete with a library, this house was built at the end of the Revolutionary War, by war widow, Mrs. Hayward, who enjoyed living in Charleston, a busy place which must have been a southern woman’s social and cultural paradise. Her late husband’s Rice Plantation was located in the countryside, a distance from town.

While the Hayward Rice Plantation today is long gone, this house is in fine shape and currently owned by a private occupant(s), who have experienced manifestations dating back to incidents which happened on January 14, 1805.

Her grown children would come and visit her at her city home. Her favorite son, James, would come often to visit her. While she hoped that James would run the Hayward Rice Plantation some day, he preferred to read and hunt, but didn’t have much interest in planting, harvesting, or managing a rice plantation. 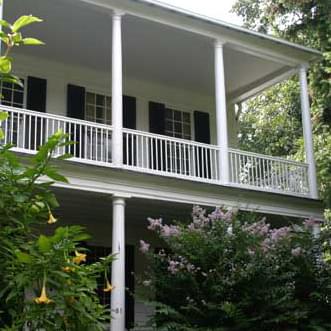 On the morning of January 14, 1805, Mrs. Hayward went into the library to read. She saw James sitting at his desk in the Alcove, holding his head in his hands. She was surprised to see him, because he had told her the night before that he and his friend were planning to leave early that morning to go quail hunting out at the plantation.

Pondering over this thought, she walked up to where he was sitting to ask him why he didn’t go hunting as planned.

When he didn’t answer her, she reached out and touched him, and the apparition that she thought was James faded into the air. She fainted and a doctor was called.

A little while later, plantation workers carried James’ body into the parlor. James had been killed instantly when his horse threw him off, after being startled by the sudden appearance of a cow, (while they were hunting), at the exact same time that Mrs. Hayward saw him in the Library that morning.

He likes to wear his green hunting coat.

He makes himself at home in the house’s library, where he likes to read his favorite books.

Sometimes, he gazes out the window, as if he is deep in thought..

Definitely yes! Two hundred years later, the house’s residents have accepted him as being part of the house, and are not bothered by his appearance.