The 2nd floor is a hotspot for distressed, unhappy spirits.

On October 3rd, 1910, Stockyard City was constructed in this area just south of Oklahoma City proper to develop a meat processing and packing plants and later also provide a place for cattle trading, and livestock auction opportunities.

By 1915, Morris, Wilson and Armour meat companies had fully established slaughterhouses and meat packing plants. Cattle, hogs and sheep were brought to market via the old stand by cattle/animal drive, until better forms of transportation became readily available; mainly by trains and trucks.

When the outdated slaughterhouses and meat packing plants shut down in 1961, other well-established stockyard activities still generated a large income to support the businesses in Stockyard City. Cattlemen, horsemen, farmers, ranchers and cowboys, continued to come to livestock auctions, animal trading and other activities which were and still are a vital part of the ranching/farming industry.

A town sprung up adjacent to the stockyards, offering places for cattlemen, horsemen, farmers, ranchers and cowboys to rest, eat and enjoy some entertainment, and communicate/bond with each other. Other stores sold new supplies, equipment and clothing geared toward the needs of this specific clientele.

In 1919, a large, two storied upscale brick building was constructed in Stockyards City, to be the home of a dance hall and bar on the first floor, and a hotel on the second floor, aimed at tired cattlemen, horsemen, farmers, ranchers and cowboys, looking for a place to rest, have a great meal and a beer, and some fun and companionship. 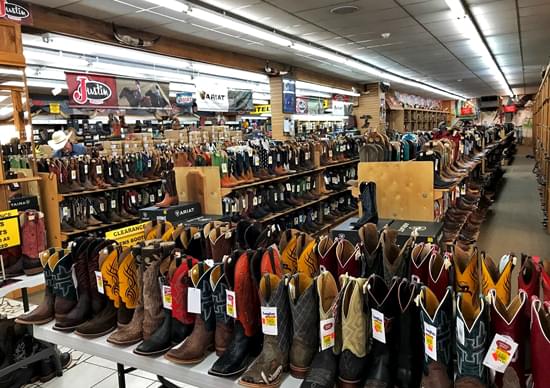 By the time Langston’s Western Wear company was in need of a much bigger store, sometime in the 20th century, they moved into this old bar, dance hall and hotel brick building, probably renovating it to meet their retail needs. This was their first flagship store in Oklahoma City, though the company headquarters is located in Oklahoma City on NW 7th. As they grew, they established two other stores; one west of Oklahoma City in Yukon, and one southeast, in Midwest City. Because of the quality and value of their clothes, they have become “a national leader in Western Fashion.”

Langston’s Western Wear Company has also been good stewards in preserving historic buildings. They recently restored and renovated this Stockyards City flagship store, back to its original decor. On their website, they proudly announce that this building has “gone through an award winning restoration, preserving the ‘classic plains’ look.”

The outside of the building is classy, and looks like it was a hotel at one point in its history. There is a small balcony over the main doorway, and the windows have decorative brick work.

Today, the first floor, where the dance hall and bar were located, one finds a wide variety of western wear, for boys and girls and men and women. The second floor rooms are used for offices and storage. 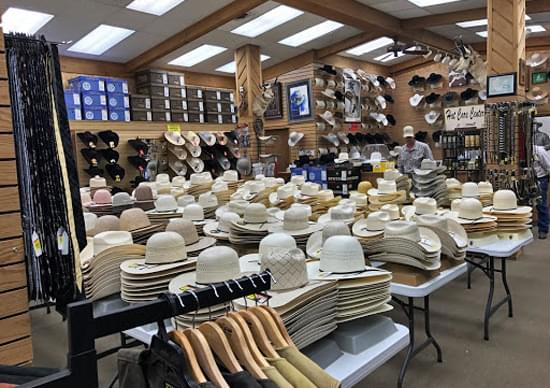 In the 1920s – 1930s, many dance halls sprang up in large cities, and small towns like Stockyards City, offering lonely men a chance to dance with young women, known as “Taxi Dancers”, for a dime and a drink. While many young women with high morals, had found gainful employment just dancing with these men, a few also had a side business in prostitution.

Sometime in the 1920s-1930s, two young women, Patty and Rose who were very close sisters worked in the dance hall, as taxi dancers. It is unknown whether they were also prostitutes, but a jealous boyfriend thought one of them was doing this illegal side activity in an upstairs bedroom. In what is now Langston’s children’s clothing and women’s boots section on the first floor, this boyfriend in a fitful rage shot Patty, killing her on the spot, in this part of the dance hall where she worked.

Her sister, Rose, didn’t take this horrible event very well, and needed a grief counselor, which unfortunately didn’t exist at the time. Rose was in such despair, and probably wracked with guilt, that she did a rather rash action. She hung herself in one of the upstairs hotel rooms.

The female entities of Rose and Patty

They haunt both floors of this Langston’s store, trying to find each other.

Patty is also looking for her killer, trying to explain herself to her beloved.

Second Floor: Not a happy place

The second floor is the hotbed center of paranormal activity: It is a place of distressed, unhappy entities.

Feelings of dread and fear are picked up by staff when they stand at the foot of the stairs leading up to the second floor.

Lights go on and off at will.

An unseen presence sometimes follows the living around on the second floor.

On the second floor, sometimes the living are not welcome.

One young female employee had to go up and get something in one of the rooms. A hostile unseen presence began to follow her as she left to go back downstairs.

Before she knew it, she was shoved down the stairs by unseen, cold hands, causing her to suffer scrapes and bruises.

Probably, but these reported hauntings need more investigation and more witnesses to confirm the paranormal activity.

I could only find this story on one web site. A paranormal investigation would perhaps verify that this building is haunted. Maybe these hauntings are relatively new, and could have started when the building was restored to it’s original ‘classic plains’ look.” Nothing stirs up spirits more than renovation and restoration of buildings.

Jealous significant others have been the cause of death and hauntings in several stories found on this web site.

Langston’s Western Wear Store is located in the historic Stockyards City, which can be found 11/2 miles south of downtown Oklahoma City, off of I-40. 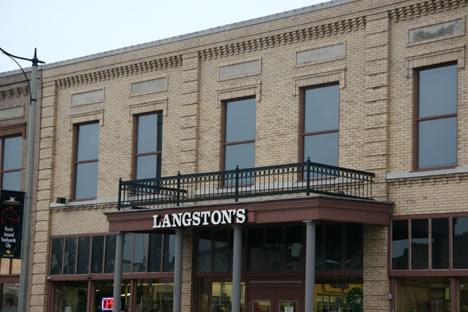 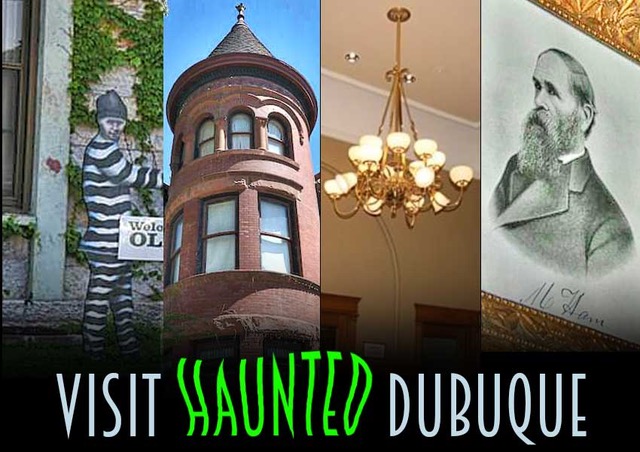