Skip to content
More From Cincinnati More From Ohio

Chateau Laroche was inspired by a time when “Knighthood was in Flower.”

This labor of love’s owner isn’t going to let a quirky accident stop him.

Collected items on display have spirits attached to them. 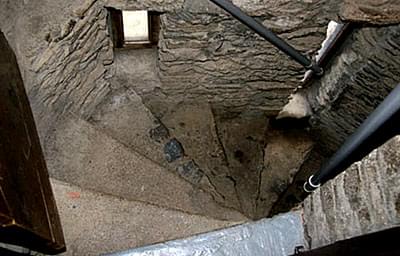 “Chateau Laroche was built as an expression and reminder of the simple strength and rugged grandeur of the mighty men who lived when Knighthood was in flower. It was their knightly zeal for honor, valor and manly purity that lifted mankind out of the moral midnight of the dark ages, and started it towards a gray dawn of human hope.”

Harry Andrews’ labor of love, Chateau Laroche is a medieval castle replica found along the bank of the Little Miami River. Built of bricks, cement blocks made from milk carton molds and a lot of stone from the river, it took over 50 years to complete. It took 2,600 sacks of cement, 32,000 quart milk cartons for concrete bricks and 56,000 pail-fulls of stone. The materials cost him $12,000.00 dollars.

Besides the castle, Harry built a road down to the castle, flattened and leveled off the land around the castle so he could plant an orchard and a garden, put in a drainage system, dug a moat and a dungeon that was so well built that it was deemed the safest bomb shelter in Ohio!

Its English and French Normandy medieval architecture, as well as Harry’s enthusiasm for the medieval culture centered around the Knighthood was inspired by Harry Andrews’ experiences in Europe during and after WW1. Harry Andrews was a medic on the front lines. When he saved an Earl’s son’ life, Harry was knighted.

During the war, Harry became very ill with Meningitis, and was thought dead. His girlfriend married someone else. 6 months later, Harry completely recovered and focused his passion off of women and onto castles, and fixated on the culture and ideals embraced by the knights of old. 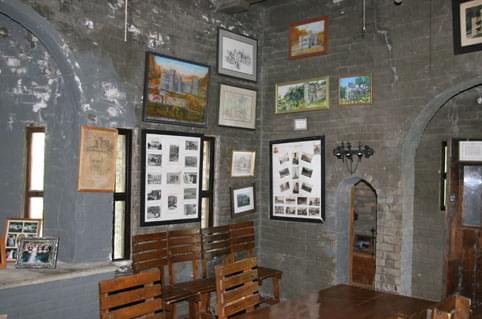 After the war, Harry toured Europe and soaked in the castles in England and France. He finally came home to Ohio, and settled in Loveland, taking a job with a newspaper and getting involved with his church’s boy scout troop.

This endeavor of creating this castle began in 1927, when Harry bought some land in Loveland where his troop could go camping and fishing. After 2 years, their tents were in bad shape, so Harry built two stone tents, which would be the future foundations of two of the towers. This project started out as a hobby in 1929, with the idea of building something that his boy scout troop could benefit from; a meeting place for “The Knights of the Golden Trail”.

For 25 years, Harry worked on his Castle and related projects part time. In 1955, he retired and began in earnest to work on his castle full time. As the boy scouts had been using the castle all these years, Harry willed his castle to his boy scout organization, “The Knights of the Golden Trail”. This group of men have restored and done the upkeep on the castle, run the museum, run the activities, host the weddings and parties held there, and are very active in the boy scout program, called OverKnights, a most popular scouting activity, offering opportunities for campfires, skills in sword fighting, storytelling, etc.

Not willing to leave cherished homes behind has kept entities in this world, unable to let go in order to go to the other side.

Mr. Andrews thoroughly enjoyed his life and his castle, where groups like the boy scouts could stay and participate in activities. His “Knights of the Golden Trail” espouses everything that he holds dear. Mr. Andrews also put many hours into creating and growing his garden.

Sudden, unexpected death from accidents or illness can cause hauntings from entities who died before they were ready.

Harry Andrews died in an unexpected, painful accident, from burns he received while burning trash or cooking on the roof of his castle.

A man and his wife had built a cabin in the area in the front part of a cave, living in this half-cabin/half-cave which was located just down river from the castle. They made their moonshine in the cave one day Mr. Andrews and his staff heard a huge explosion. They went down to the cave and found the wife had been killed when a whiskey barrel landed on her with a tremendous force from the blast.

Spirits have been known to attach to favorite items they had while alive.

In his castle, Harry Andrews had English, French and Viking artifacts, like a real suit of armor, and weapons, which he had brought from Europe. 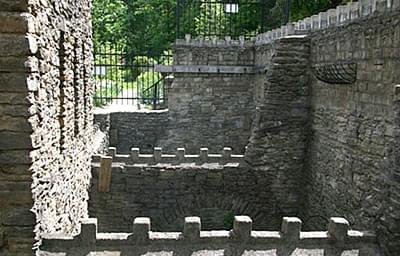 Suspected by some to be Harry Anderson.

A dark shadow has been seen moving up the spiral staircase to Sir Harry’s old room.

A slamming bathroom door in the Ballroom, done by an unseen presence got the attention of two members of The Knights of the Golden Trail. This began an investigation by one of these men of the pipes and it was discovered that the septic tank was about to overflow, which would’ve caused a real mess in the garden.

After a long day of working on maintenance at the castle, all the knights and ladies decided to have a little party. As some of them played instruments, they added live music to the festivities. A heavy lamp over a table began to swing in time to the music. When they stopped playing, the lamp suddenly stopped as well, like an unseen presence stopped it. As they continued in their playing, the lamp began to swing again. The lamp would swing during songs that were liked, and be still during songs the presence didn’t like.

Thought to be the wife of the moonshiner.

Before a street light was put in front, a female entity with long hair would walk across the river, and sit in the seats located on top of the garage.

A female entity described as a transparent, whitish, apparition dressed in a flowing gown has been seen walking up the road by the porta-potties into the garden area before disappearing.

Perhaps he is attached to one of the swords on display.

Entity is seen by the North round part of castle addition, dressed in a long dark cloak, wearing a spiked helmet, and carrying a short, wide sword across his chest.

Probably he is the entity who likes to ring the doorbell, and knocks on the door for chuckles. 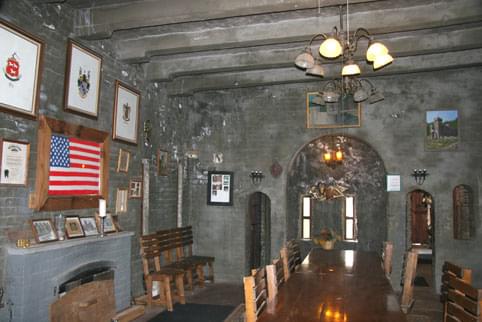 Yes Indeed! There are many eye witness accounts to the paranormal activities. 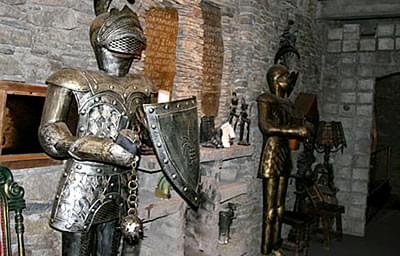 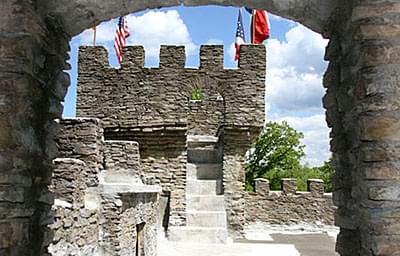 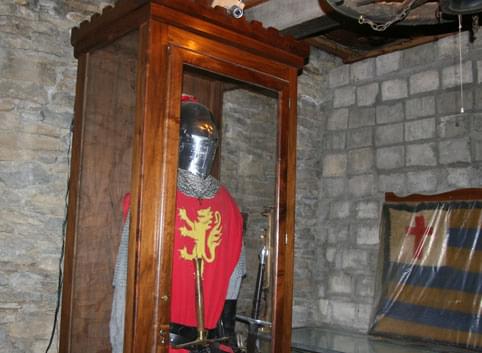 Haunts in Cincinnati Haunts in Ohio