Skip to content
More From Helena More From Montana

A suicide and a deadly accident in St. Charles Hall
resulted in spirit activity and a sealed room.

Bishop John Patrick Carroll’s quest to open a Catholic college in Western Montana became a reality when 50 acres on Capitol Hill were donated to the Diocese for the future college. The other land needed for the college was bought by 100,000 dollar fund-raising monies and 50,000 dollars donated by Mr. Hill, president of the Great Northern Railroad. The cornerstone of this college was laid on September 1909 by President Taft himself.

The college picked up the nick name of Jack’s castle!

Bishop John Patrick Carroll celebrated his silver jubilee of his joining the priesthood in 1914. When he was given $22,000 on this grand occasion, the good Bishop immediately turned the money over to the president of the college to pay off the debt still owed on the school!

The college was ready to grow in both size and areas of study. Throughout the 1920s, the college added pre-law, pre-medicine, a two year basic engineering curriculum and a Dept. of Education. New buildings which were built on campus housed the gym and Science Department, a chapel, the library more residents’ rooms and a convent which was built behind the original buildings.

When World War I began to drain the school of students, Bishop Carroll jumped into action and the school signed up to be a training center to keep the doors open. 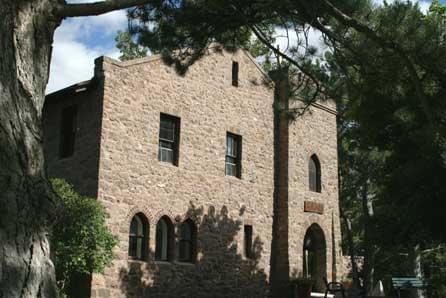 Hard times hit the college because of the depression years, but the college stayed open because of the generosity of the faculty, who agreed to drastic salary cuts. To make things harder, destructive earthquakes hit Helena, causing building woes which had to be worked out. From all the fallen stones, a new astronomy building was constructed by students under the direction of Dr. Edward Neuman.

In 1936, Carroll College became officially a liberal arts college for men, after the high school moved to another location.

Again, during WWII, the college missed the lethal financial bullet by becoming a V-5 Naval Training Center, setting up a V 12 program for young men in the Navy to study and live there. After the war, the college became a civilian school once more and experienced great growth.

In 1946, the first women entered Carroll College to participate in a three year nursing education program in cooperation with the Sisters of Charity. The college continued to grow for the next 40 years.

In 1989 a huge explosion in a railroad car near the campus caused serious damage from the blast and from the loss of electrical power. Despite all the inconvenience the college continued to function with gusto. Because of considerable effort, all was repaired by the fall of 1989!

Besides housing and educating hard working students who attend this Catholic College, other entities seen and unseen make this place their home. St Charles Hall: Fourth floor room is sealed because of reccurring blood stains in sink and an appearing of an apparition of the student who hit his head on the sink and died. The living see the re-enactment of a student jumping from the stairwell to his death.

St. Albert’s Hall: Hallways on the top floor in the student Union – The living see an apparition of a nun fleeting about. She died of an illness in this building. 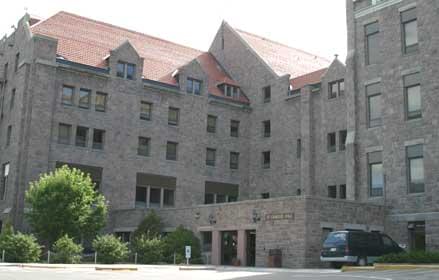 Definitely. The entities become more active during mid-terms and finals, when student stress levels go up.

The Carroll College Campus is located in the center of Helena, just a few blocks from downtown Helena.

Haunts in Helena Haunts in Montana