A suicide here has caused a restless spirit.

This club has long been a favorite with people
as a place to relax, enjoy the music and dance! 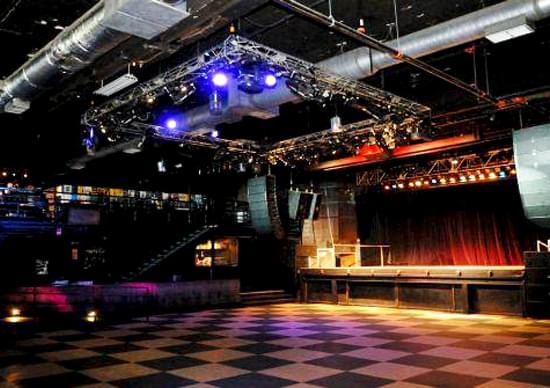 The First Avenue and 7th St. Entry is an independent, live music, night club which has long been a favorite place of the people of Minneapolis to come and hear a variety of live bands playing original music, and to dance and enjoy liquid refreshment of all kinds. There are also a couple of pool tables, and several video games.

The building which is home to this night club, has a rounded front, is painted black, and has white stars on its side walls, with the names of many of the musical talent which have done showcases in one of the three event rooms found inside: The Main Room; which hosts local and national bands, The Entry; which hosts local bands and The V.I.P Room, where DJs play a variety of themed music on different nights for dance enthusiasts. There are large windows which look out to the street on the second floor, which on the inside is a bar area with side seating which looks down on the stage or stages located down below.

The building was built in 1937, presented as a brand new, stream-lined, art deco style Grey Hound Bus Depot, which offered the traveler a “modernistic and beautiful travel center,” with luxuries of the times, such as public phones, shower rooms and air conditioning.

The curved wall where the gates to the buses used to be, was turned into a “purple plush” main stage area. Despite the craze of disco and DJs, the club scrappily hung onto its venue and independence, offering live rock music from local and national artists such as Frank Zappa and The Mothers of Invention, Ike & Tina Turner, The Kinks and The Allman Brothers, just to name a few. The management teams and the name of the place changed a few times, but the live music venue stayed intact.

Sometime in the history of the building, a woman hung herself in one of the stalls in the women’s bathroom.

This club has long been a favorite with the people of Minneapolis, as a place to relax, enjoy the music and dance!

Spirit of a Suicidal Woman

The apparition of a blonde woman wears a green jacket.

Often appears to staff and patrons of this musical venue club.

The staff has seen her on a number of occasions: One frightened female patron reported seeing a grisly scene in the women’s bathroom.

This female, blonde entity had appeared, showing this patron how she had originally died, by hanging herself in the 5th stall of the women’s bathroom.

The DJs have heard strange sounds coming from their headsets.

On the Dance floors:

People have reported seeing dancing apparitions with no legs.

Though I couldn’t find any paranormal investigation which confirms with evidence of these hauntings, eye witness accounts from both the staff and the public are convincing and probably true.

In the downtown theater district/entertainment area of Minneapolis, one finds the beloved First Avenue and 7th St. Entry night club, sitting on the corner of First Avenue N. and 7th St. 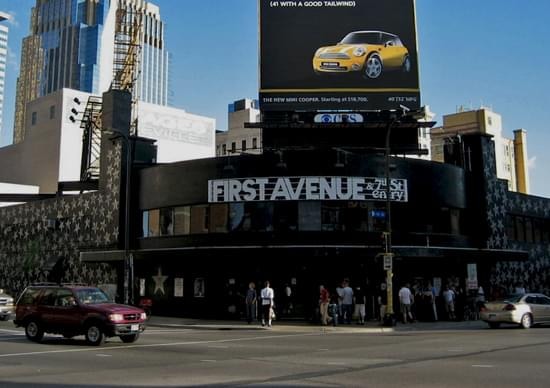