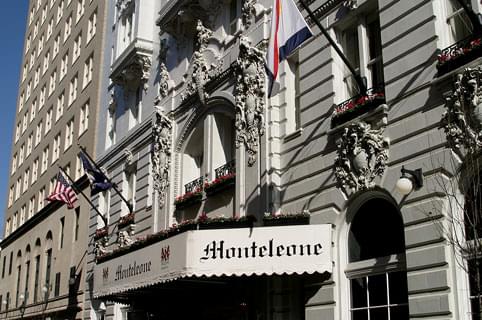 Living guests are treated to surprise nightly
visits from friendly spirit people, with a goal in mind. 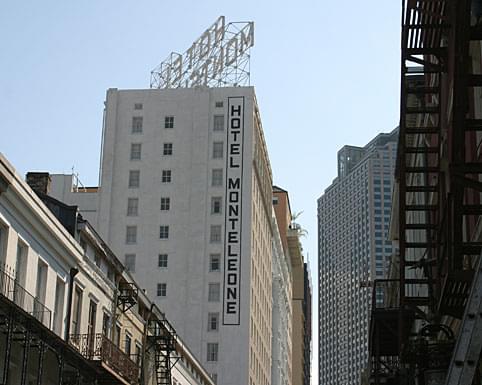 This beautiful,15 storied, Beaux-Arts-style boutique Hotel has been family-owned for over 100 years and offers 600 deluxe sleeping rooms, which includes 55 suites. Popular in the hot summertime, is the swimming pool on the 15th floor. Hotel also has a luxurious Spa Aria, a “state of the art” fitness center and in-house restaurants.

There is a lounge, and a unique carousel piano bar that rotates around. There is live New Orleans Jazz music in the bar most nights. It’s location is just a short walk from Bourbon St. and other places of entertainment.

The inside lobby is truly beautiful, with 12 foot ceilings, Beaux-arts decor, antiques and beautiful floors and ceilings. The rooms, hallways, meeting rooms, restaurants, spas and bars are a great combination of old world New Orleans charm and modern conveniences that make this hotel a home away from home. Films, such as DOUBLE JEOPARDY and TV events, such as A&E’s “Criss Angel Mindfreak” have been filmed here, making good use of the hotel’s lovely decorum. 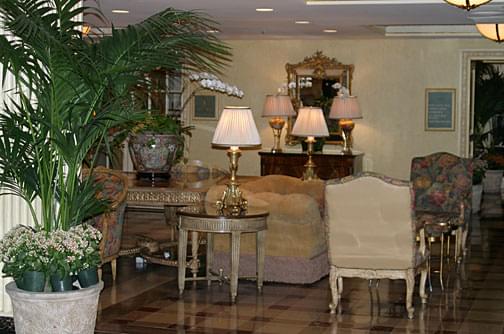 Antonio Monteleone, a successful shoe factory owner in Sicily, came to America in 1880, and opened up a cobbler shop in New Orleans on Royal Street. In 1886, wishing to expand his business opportunities and dreams, he bought a 64 room Hotel, called the Commercial Hotel, a dream that his family embraced as well.

The hotel grew when other buildings adjacent to this property were bought by the Monteleone family over the years. By 1903, business was booming and 30 more rooms were added. In 1908, 300 rooms were added to the hotel, and the name of the hotel was changed to Hotel Monteleone.

When Antonio died in 1913, his son, Frank stepped into the role of owner, and continued to put his all into the hotel. In 1928, 200 more rooms were added, just a year before the crash of 1929. This family-owned hotel not only survived hard times of the Depression and WW 2, but was kept up to the high standards set by Antonio.

By 1954, this grand old lady needed to be upgraded, in order to compete with newer hotels, and its pre-1886 foundation was in need of repair. While the old building was torn down, a new version of the old building, that combined its original Beaux-Arts grand style, with new amenities took its place. Ballrooms, dining rooms and cocktail lounges were added making the hotel even more popular. 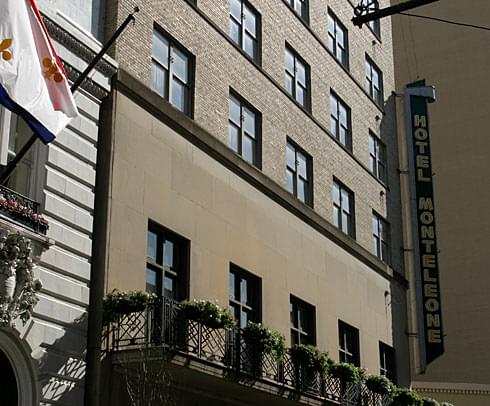 In 1964, when his father died, Bill Monteleone took over as the owner, and more floors, a sky Terrace with swimming pools and lounges were added.

Hotel Monteleone has long existed to serve its guests in the best way they know how. In 1926, all the rooms had ceiling fans and radios! In 1929, Hotel Monteleone was the only hotel that remained open during the stock market crash, and gave their guests money so they could make it home. In 1930, they were the first hotel in New Orleans to offer air conditioning in its lobby and other public areas.

After the 1954 makeover, the newly added Swan Room hosted such entertainers as Liberace, Nelson Eddy, and Leo Carrillo, for the enjoyment of their guests and people of the city.
Numerous celebrities such as Paul Newman and Joanne Woodward, Tennessee Williams, who wrote The Rose Tattoo here, and Truman Capote loved to stay at the Hotel Monteleone. 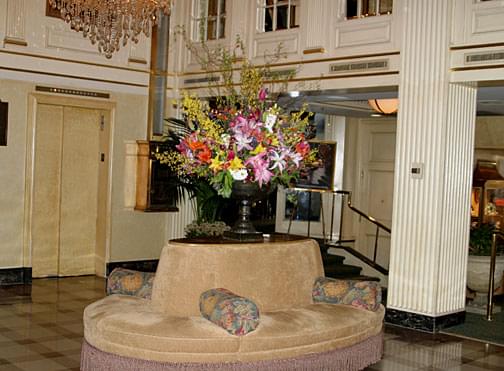 Entities have been known to attach themselves to objects and furniture that meant a lot to them when they were alive.

Entities of people who enjoyed owning the hotel, or working here or staying here as guests, have chosen to spend their after-life at the Hotel Monteleone, more than willing to cheerfully share this grand place with the living.

Entities of people who enjoyed owning hotels, have been known to stay in their favorite hotel after they pass on – not quite ready to trust the living with it, or want to be sure that their guests are taken care of properly.

It seems that some children caught diseases like yellow fever, and died at the hotel.

The entity of 3 year old Maurice – In the late 1890s Josephine and Jacques Begere, their 3 year old son, Maurice and his nanny came to stay at the Hotel Monteleone. Josephine and Jacques Begere went to the Opera, while the nanny stayed with Maurice at the hotel. Disaster was just around the corner. Tragedy struck when Jacques was killed in a carriage accident. Their son, Maurice caught yellow fever and died at the hotel. Josephine never got over losing her husband and son, and died a year later of a broken heart.

The entity of a clock maker

A large, antique, grandfather clock stands in the lobby. Witnesses have seen a male entity, thought to be the artisan who built the clock, working on this grand antique during both the daylight and evening hours.

Doors to the first floor dining room, found in the lobby area (only open for breakfast and lunch):

Even when locked during the evening hours, these doors open and close by themselves by an unseen presence, going about its business. Some think it is the entity of a former owner.

A male entity who identifies himself as engineer Rhett still putters around, keeping an eye on things. He died in the hotel of natural causes.

The entity of a youth who probably worked as a bell hop when he was alive, appears as a 10 year old boy who likes to play tag with another entity of a young girl.

The entity of a hotel guest, William Wildemere, who died in the hotel, still is on a vacation in his after-life.

During a Mardi Gras Celebration, a male entity dressed in the altogether, wearing only a feathered mask, appeared in front of a couple in their room.

In the middle of the night, one surprised couple was entertained by a private impromptu performance by the entity of a jazz singer who appeared in their room, belting out a tune, New Orleans style!

14th floor (must have been a popular floor for families throughout the years):

The entity of a lost little girl has appeared in front of the living, taken their hands, asked for help, looked into their eyes and then disappeared into thin air.

The entity of a 3 year old boy, thought to be Maurice, wanders in the rooms, looking for his parents. He has a friendly, hopeful countenance as he appears in front of guests, and then disappears.

Entities of various children have been seen running around and playing in the hallway, that had become freezing cold in temperature. 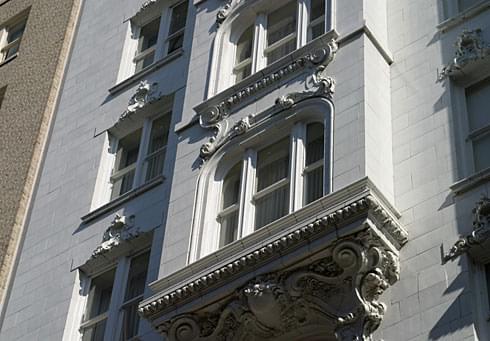 The Magnificent Hotel Monteleone can be found in the heart of the French Quarter, close to the corner of Royal and Iberville, not far from Bourbon Street.