(Warning – This story isn’t for the sensitive, but must be told. The actions of one woman put a
stop to a horrid situation. One person can make a difference.) 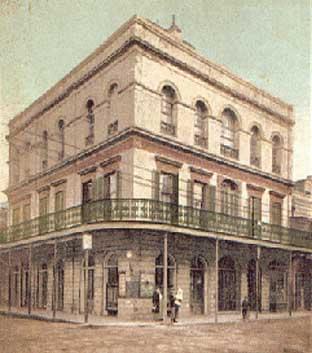 The outside of this three-story, 40 room mansion is very plain, except for the delicate lace ironwork around the second floor balcony, and the first-floor arched windows. The inside of the mansion was excessively and lavishly decorated with only the best of the very best. The portico near the entrance had marble floors and gold gilded mirrors. The mahogany doors of the parlors and dining rooms had hand-carved panels of flowers and cherubs’ faces. Crystal chandeliers lit the rooms with hundreds of candles. Tall stone fireplaces were in every room. Satin and velvet hung from the walls, and guests ate off of the finest china. 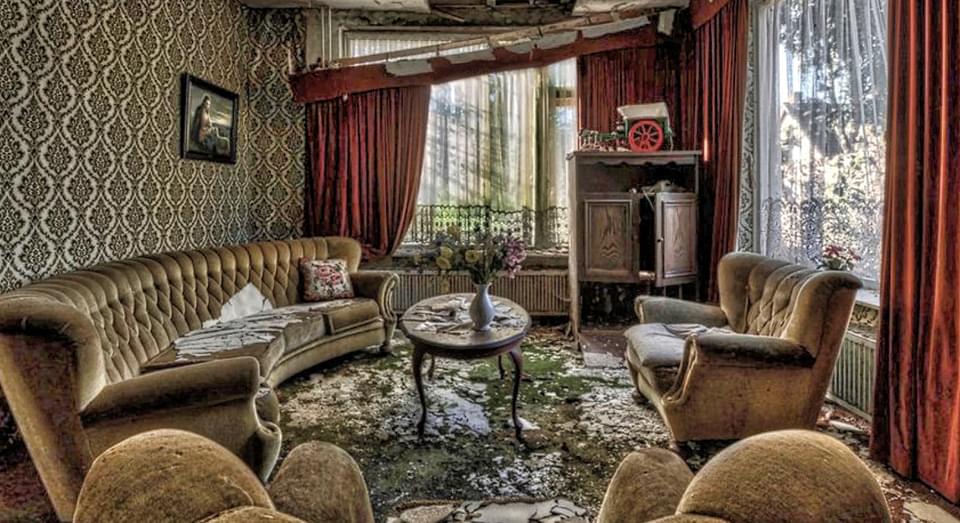 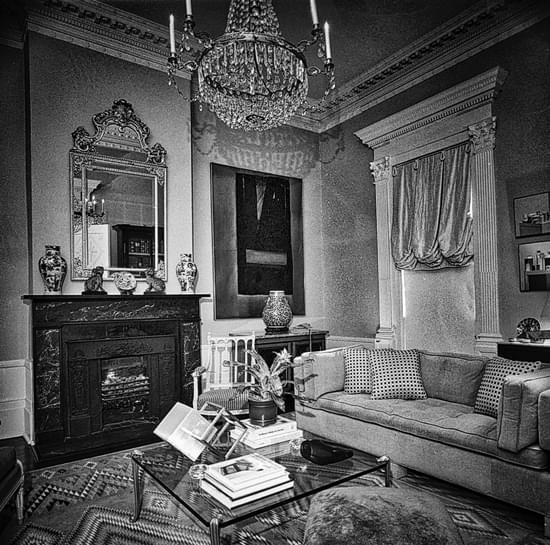 Louis and Delphine Lalaurie bought this huge, elegant 40 room mansion from Mr. Soniatdu Fossat, on August 13, 1831. High society of New Orleans were happy to have such a grand place to hold their gala balls and social events. While Delphine Lalaurie was a marvelous hostess, and knew how to entertain, she also was proven to be an evil, cruel, sadistic psychopath when it came to the treatment of her slaves. She had to flee New Orleans in 1834 when fire fighters discovered how she had tortured, maimed, and killed many of her slaves in slow and agonizing ways in the garret apartment, the attic and other places throughout the mansion, thoroughly enjoying the sadistic cruelty of her actions.

Thanks to the brave actions of the house cook, who started a fire in the kitchen while she was chained to the kitchen floor, all this barbarity was stopped. Firefighters rescued some of the victims who were still alive in the torture chambers, which in turn brought to light Delphine Lalaurie’s secret, sick passion. The cook was the one who pleaded with the firemen to go to the garret apartment to see for themselves how Lalaurie had cut off her victims’ body parts, cut open other areas of human bodies and pulled things out, removed smaller parts, sewing eyes and mouths shut, etc. Years later, when workmen were remodeling the interior, they found the skeletons of other victims dumped in holes under sections of the mansion’s floor, so she wouldn’t have to answer for their demise.

The mansion was sold in 1837, but people didn’t stay there long because of all the ghostly hauntings. An eccentric, Jules Vignie, wasn’t bothered by it at all and lived there in the 1880s and 90s. Around the turn-of-the-century, the mansion was turned into apartments for Italian immigrants. The owners had a hard time keeping renters. Finally, in the 20th century, the mansion was renovated to its former splendor and is a favorite place for touring visitors. 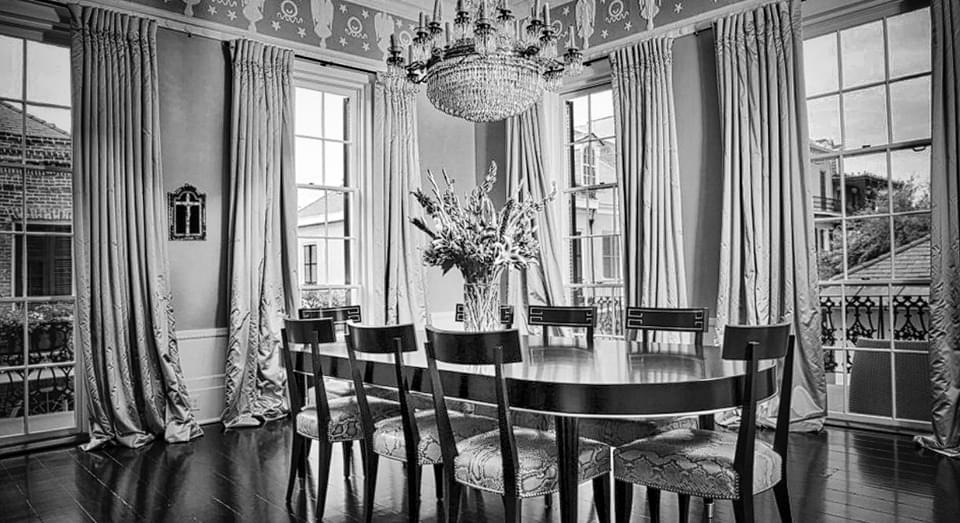 Throughout the years, many incidents have been reported.

Shrouded figures have been seen flailing at the living with riding crops.

Terribly maimed, translucent apparitions have haunted the living, showing them the scars of their torturous ordeals.

Throughout the years neighbors have reported the mansion’s windows opening and closing by themselves, and the front door opening by itself.

Tortured screams and groans have been heard from the attic.

Sounds of an invisible chain dragged down the staircase have been reported.

The heart-breaking cries of a little slave girl have been heard near the cherub fountain in the courtyard.

A servant sleeping in the barn awoke to find a pale, black-haired woman choking him. A black apparition took the woman’s hands off his throat, and they both vanished, to the astonishment and relief of the servant.

A large black man wrapped in chains on the main stairs confronted an Italian tenant, but disappeared on the last step.

Some passing by at night have seen the reenactment of the young slave girl jumping off the roof to her death to escape the crazed mistress and her merciless whip. The girl had escaped from her chains and run onto the roof, with Lalaurie not far behind. The slave girl’s dying screams are chilling to all who hear them now, as they must have been to the neighbor who saw the original incident in 1833 and reported it to police. This event was the first of many that began to show outsiders what was going on in the house.

A young Italian mother found the apparition of a wealthy white woman – later identified as Delphine Lalaurie herself – bending over her sleeping baby. 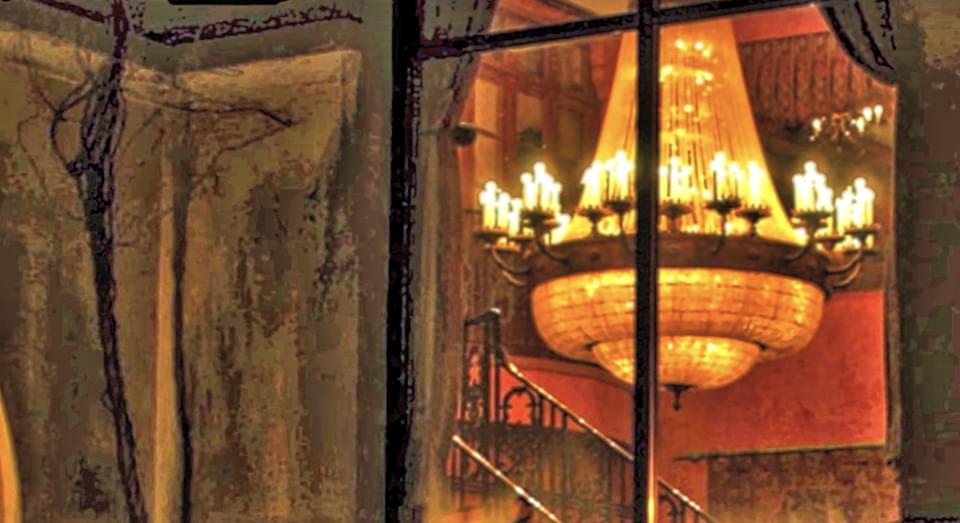 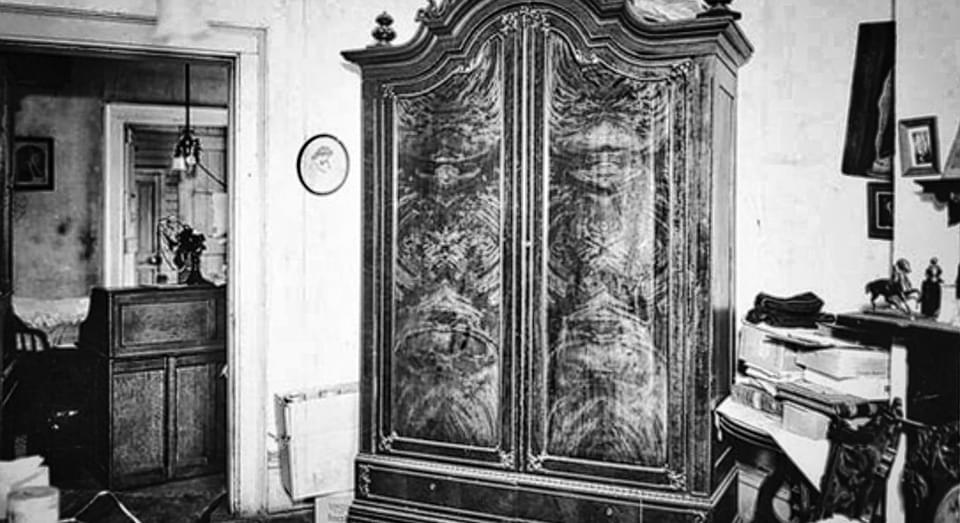 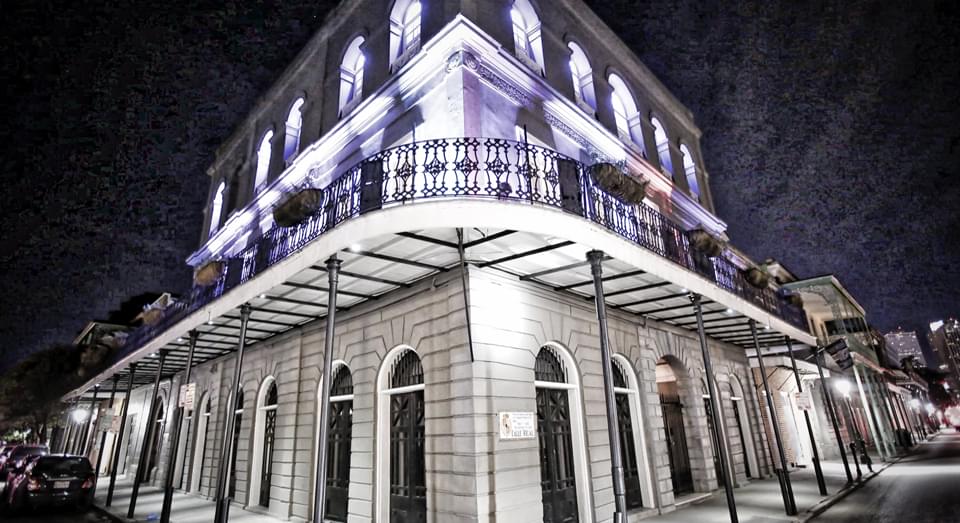