House 1: 18 Summer Place had its own possessive spectral nanny/housekeeper.

House 2: 605 McClellan- Families have shared this home with a spirit serviceman.

House 3: The Rookery 14 Summer Place – Families have lived with spirits of varying temperaments.

House 5: The priest who died in a fire moved right into the house.

Spirits of former service people still love their
enjoyable activities; one being rather naughty!

Because Fort Leavenworth has had its full share of traumatic occurrences, which have happened during its long history, it’s not surprising that there are at least 9 ghosts who haunt the buildings there. Many more have passed through, as ghosts and spirits are attracted to this fort.

In the 1970s , an apparition described as being a middle-aged woman in a woolen skirt, lived in the house’s attic, and loved to look through the attic window, to study the people down below in the yard and in the street. She would smile at them. She also liked to help the family living there with the household chores and childcare.

A) One night, the family was surprised to see this matronly apparition washing their dinner dishes in the kitchen sink.

B) After her kitchen duty debut, she made herself visible to the family members many times.

C) Also, when going up or down the stairs, sometimes family members would feel her presence brush against their arms, leaving a cold spot on the place of contact.

D) While this apparition housekeeper /nanny loved the little children in this family, she had animosity toward the children’s babysitters and grandmothers, whom she considered her competition. Sometimes a visiting grandma would be firmly pushed out of the upstairs nursery by unseen hands, or the babysitter would find the children’s beds neatly remade, after she had already turned down the covers for bedtime.

E) One of the children told the parents that this nice lady would read stories to him until he went to sleep. The parents found a mysterious book in the child’s room that they had never seen before, and didn’t belong to them.

While most of the families who lived in this house found their maternal apparition housekeeper amusing, and didn’t mind living with her, one family, in 1975, was scared of her, and didn’t want this ghostly helper. They asked the chaplain to perform an exorcism. While it successfully got this helpful matron to leave the house, she simply floated into the house next door, at 20 Summer Place.

F) However, she never appeared to the family living here, but they did hear her soft footsteps in the attic overhead, and the rattling and turning of doorknobs. Cats and dogs would be chased off the second floor of this house by an unseen presence. 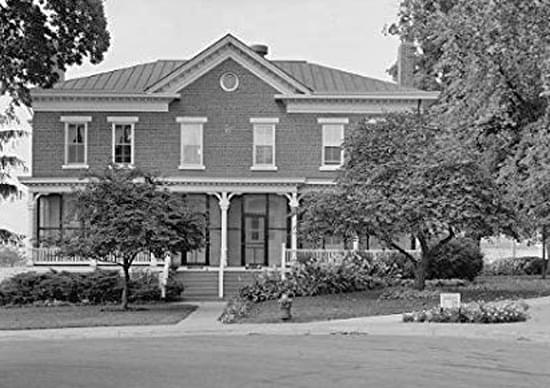 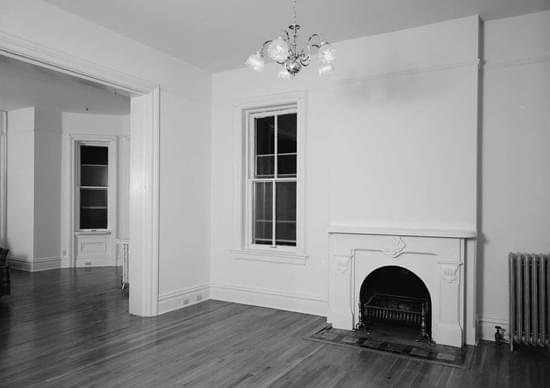 The House at 605 McClellan

located in the McClellan Officer’s quarters. This house was a large home with three stories. When a new family moved in, early in 1975, a restless spirit made itself known.

A) One night, the back door suddenly opened and then slammed shut, and heavy footsteps were heard, racing up the stairs. No visible human had been responsible.

B) While enjoying the warm fire in the fireplace, the family was gripped with fearful fascination, when an apparition of a mustached man with a goatee became visible in the middle of the flame. When the fire died out, the face of this ghostly man appeared on the back of the fireplace.

C) For awhile, the family experienced loud crashes, stomping footsteps up and down the stairs, icy cold spots and blasts in various parts of the house.

D) After a time period of peace and quiet, noises came back. Thumping, banging, and scratching noises seem to come from the unoccupied third floor. The family put a gate up to keep their pets and the family from going up to the third floor. This unhappy apparition was satisfied with this arrangement, and the house was once again at peace.

E) When a new family moved in the house, in the 1980s, new occurrences began again. One morning, the father found someone else in the bathroom; a tall, thin man with dark hair, who was shaving with an old-fashioned razor and his shaving cream.

F) Early one morning, the daughter awoke to find this same apparition in an army uniform, starring at her. He went through her closet, which at one time used to be a hallway which led to her parents bedroom.

The Rookery is the oldest house on base, and is 162 years old. Residents throughout the years have experienced sleep disruptions from noisy apparitions of an overly caring old woman, a bushy-haired old man and an angry young girl.

(Built on the site of the former site of St. Ignatius Chapel) – 632 Thomas Avenue

Father Fred was burned to death in the fire that burned down the chapel. When a new house was built on the same spot, his apparition has appeared in the house’s fireplace, in the kitchen and other places throughout the house. 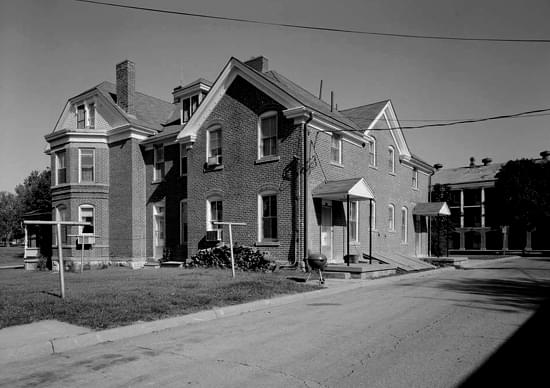 An angry, vengeful apparition of Mrs. Sheridan, the wife of General Philip Sheridan makes a pest of herself among the living. Her husband left her while she was in the process of dying to go to Chicago on business.

Other ghosts seen at Fort Leavenworth,

like to hold tea parties in the parlor of the chief of staff’s quarters, play the harmonica, and like to ride horses through the old infantry barracks.

Civil War soldiers have been seen walking through the nearby wooded area.

Catherine, dressed in a calico dress and black shawl, still looks for her lost children, who disappeared when they were sent out to find firewood in the year 1880. She is still seen walking among the tombstones of the National Cemetery and the greenery of the present-day golf course, sometimes carrying a lantern. Her voice is sometimes heard as well. 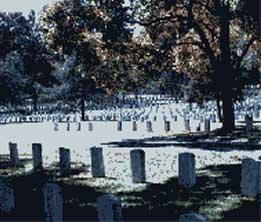 It seems that the ghosts mentioned above have all stuck around. All the houses along Summer Place still get the help of the matronly lady in black who tries to do the dishes and take care of the children. The man at the McClellan House makes an occasional appearance. Mrs. Sheridan still is annoyed, and Pastor Fred and the others as well are still haunting various parts of the base. 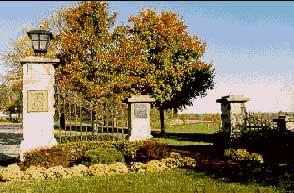