A suicide may have caused a haunting… 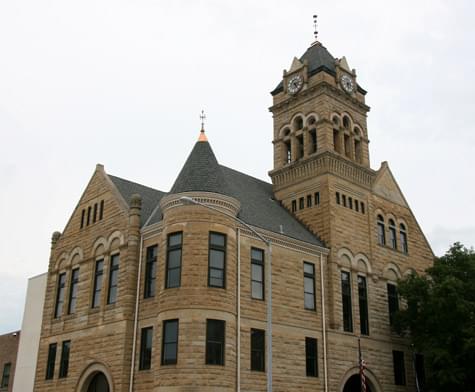 Scott City Hall was named for General Winfield Scott, who presided over the signing of the peace treaty which ended the Black Hawk War. This lovely, monumental, 4 story, sandstone block building, made complete with an impressive bell tower, was built in 1895, during the Mayoral term of Henry Vollmer. The government of Davenport at this time, were a frugal lot with its citizen’s tax money, and accomplished the building of this impressive city hall for only $100,000 dollars. Designed by the Morrison Brothers, it is in the Richardsonian Romanesque architectural style, which is rarely seen in city government structures. It is a solidly built structure, made to last!!!

This fine building is in pristine condition, as it has been taken care of throughout its years of existence. One sees a building of “great mass and visual character”, as the original building is truly glorious, with its rusticated stone, Roman arches, detailed columns, gabled ends and corner towers. The crowning glory has to be its clock tower, which surely showcases the Richardsonian Romanesque architectural style. It is no wonder that Scott City Hall was placed in the National Register of Historic Places in 1982. 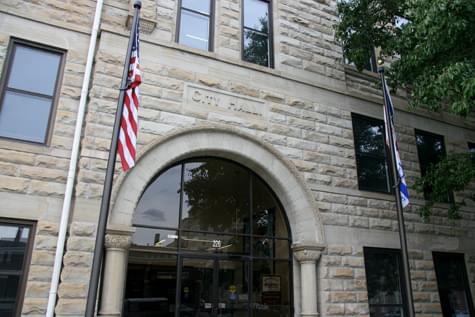 Unfortunately, the additions made on its north side throughout the years are a bit “unsightly”, described as being a “piling up of additions.” The biggest offender of aesthetic beauty is the three story addition which sports garish white stucco, clashing with the original sandstone grandeur.YIKES! What were they thinking?? The original designers must be rolling over in their graves.

Today Scott City Hall is home to the inner-structure of the Davenport City government, including the city hall meeting chamber and councilperson’s offices, along with a long list of city government offices. They make good use of his fine building. 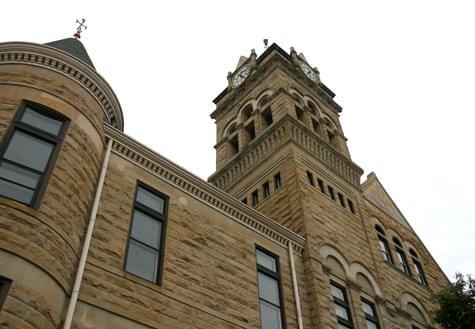 Legend says that a prisoner was illegally hung in the bell tower. There is no record of this happening here. Legal executions were carried out at Iowa State Penitentiary in Fort Madison where the most dastardly of the convicted killers had a date with a rope noose, which was not a very frequent occurrence.

A more likely event was that perhaps someone committed suicide in this tower by hanging himself there. Tall towers/tall buildings seem to attract suicidal folks who want to kill themselves.

A Davenport community government enthusiast, by the name of Harry used to come to all the city hall meetings. He even ran in a city election for a councilman spot, but lost in a landslide vote, which was very upsetting to him. This loss only hardened his resolve to be as active in city government as he could be, and continued to go to all the meetings. Harry died of a heat attack, while sitting at one of the council meetings.

Some claim, on nights lit by the full moon, that an apparition of a body can be seen hanging in the bell tower, if one looks at the back side of the tower.

The entity of Harry

The unmistakable, heavy-set entity of Harry still sits through council meetings and visits council men and council women’s offices. The unmistakable aroma of his favorite cigars is noticed at times throughout the city hall part of the building.

For years, people have seen the hanging body from the city tower.

People at the Council Meetings all have had boatload of experiences with the spirit of Harry who is still as enthusiastic about city government as he was when alive.

No hard evidence has been shared with the public concerning these two spirits.

It appears to be, according to many eye witnesses. 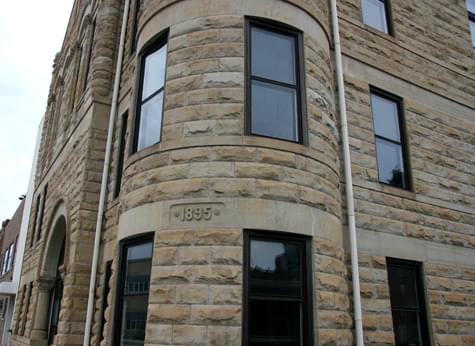 Scott City Hall can be found in downtown Davenport, on the corner of West 4th Street and North Main Street.