The original owner apparently is on the security detail.

Entity of a restless man is still agitated.

Spirit of a yellow fever victim is outgoing and sociable.

After he lost his fruit trees in a bad freeze, Philemon Nathaniel Bryan had come to Fort Lauderdale in 1895, with his wife and 7 children, with plans to start over. P.N. Bryan and his two sons, Tom and Reed, got the job of supervising 400 laborers who were putting down train track for Henry Flagler’s Florida East Coast Railway.

By 1905, Bryan had made some money to invest and start other projects. The need for a hotel was great, so at the age of 60, Philemon Bryan hired contractor by Edwin T. King to build a hotel, in a strategic spot; right across from the railroad station, and not far from the New River. This 1905 hollow cement block, well-built two story building is Fort Lauderdale’s oldest remaining hotel. Philemon Bryan called his new hotel, The Bryan Hotel, where he offered his 24 rooms to railroad men and others in town on business and pleasure.

The hotel had a nice dining room, running, in house ice water and irrigation systems, the luxury of 2 bathrooms, and lights, using carbide lamps. Florida’s governor at the time, stayed here on his visit to town on the hotel’s opening night. At some point, the name was changed to The New River Inn.

This 1905 hollow cement block hotel was a well-built, handsome structure, which pleased Bryan! The cement blocks were made of the sand found nearby. The inside was constructed of Dade County Pine. the last 25 years of his life, Bryan lived here, and ran the hotel probably with the help of his family. He died in his hotel. 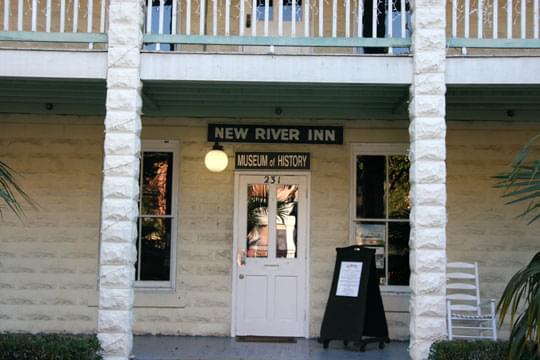 This beautifully crafted well-built two story building is Fort Lauderdale’s oldest remaining hotel building, that served as a hotel up until 1955. The once proud building had sunk into such disrepair, becoming a historic fixer-upper opportunity; a project that wasn’t economically feasible for the private sector. It sat forlornly until the city of Fort Lauderdale took it over, restored it and gave it to The Historical Society to manage. The Historical Society gave The New River Inn a new venue, turning the building into a historical museum; Old Fort Lauderdale History Museum, which is just across the way from The Old Fort Lauderdale Village. The visitor can visit some rescued homes of some of the founders, saved from the wrecking ball. The old school house is also there.

People who die before working out a problem still have unfinished business, and sometimes continue trying to solve the situation, not letting being dead be in the way! They aren’t able to let go of their strong emotions and worries.

People who love their earthly home or place of business, sometimes don’t want to leave it behind to go to the other side, and choose to stay.

Children died in accidents, and epidemics such yellow fever that swept through on occasion. Around the turn-of-the-century, Fort Lauderdale suffered from a yellow fever outbreak. The nearby river, or the railroad tracks probably claimed some children’s lives. Plus, no generation of human beings has been spared the tragedy of dumb kid accidents. 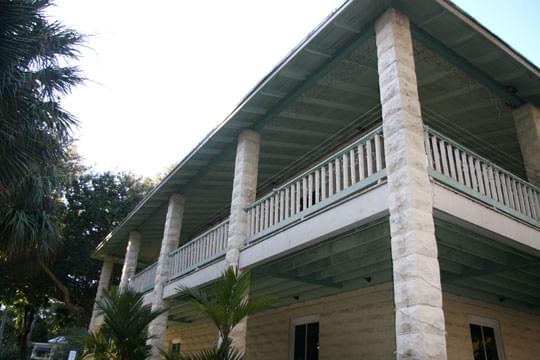 The entities residing here are most active between 11:00 PM AND 3:00 AM

Entity of a restless man

(A horseman/rancher, Texas Ranger or railroad man) dressed in a duster outfit; both the traditional hat and long black canvas or leather coat.

This entity walks back and forth on the first floor of the hotel, and the front porch, as if he is waiting for someone, or trying to work on a problem. If the living notice him, he glares at them as if to say, “What are you looking at?” and disappears. If unnoticed by this entity, people have seen him look angry from emotional thought before he disappears.

Is still enjoying his hotel and should be hired by the Historical Society as part of the evening security detail.

When the museum is closed, people peeking into the front door have seen the stern face of a white-haired gentleman, crabbily looking at them, or a hand and arm only is seen blocking the view. Pictures of the hand and arm not attached to a body have been taken.

Thought to be LuLu Marshall, a child in Miss Ivy’s first class in 1899.

She is described as having blonde, curly hair, and is about 5-7 years old, dressed in turn-of-the-century attire. She appears looking like a real child, on the second floor veranda, and also likes to play with a toy near the New River nearby. She has been seen looking out the windows of the building as well.

She has talked to people who have asked her questions. She has told the living that she lives in a two story house. Imagine the people’s surprise when she suddenly disappears.

It seems to be the home of several spirits; supported by many eye witness accounts and a few pictures. No hard evidence has been recorded by paranormal investigators to back up the eye witness accounts, though the living have experienced plenty of encounters with the spirits here. 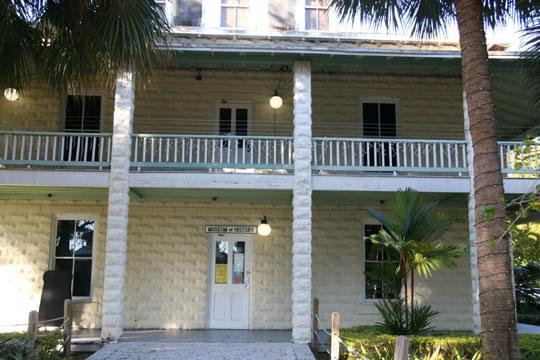