Sudden unexpected death is the main culprit for paranormal activity.

The main building is really a beautiful structure, being built with Virginia sandstone, which is painted white. The wings of the Capitol Building are made of Mass. marble. Corinthian Columns support the front and side Porticoes. Inside, one can see tile and mosaic floors, sweeping staircases, several hundred pieces of sculpture and paintings of historic events and the people who were involved in America’s history. One can get a tour by contacting their U.S. representative in the Congress or Senate, and get a pass for the desired day.

The cornerstone was laid by President Washington on September 18, 1793. The completion of the north wing was done just in time for the first session of Congress on November 17, 1800. In 1803, Benjamin Henry Latrobe completed the south and north wings. By 1813, the wings were finished and connected by a temporary wooden passageway. 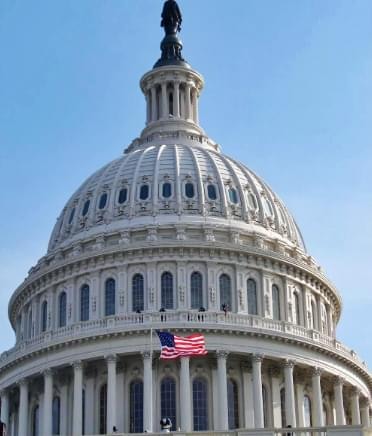 In 1850, the Capitol Building experienced growing pains because more room was needed for the number of Congressmen and Senators. Renovations and new construction used marble walls instead of sandstone because sandstone deteriorates.This effort stopped in 1861 until the Civil war was over. The work on the dome and extensions was completed in 1868.

Considerable modernization was the result by the end of the 19th century; as well as the construction of the marble terraces on the north, west, and south sides of the Capitol.

By 1959, the East side was a fixer-upper opportunity. Between 1959 and 1960, the East front extension added 102 more rooms. The stonework was also changed from sandstone to Georgia marble. since the 1970s’ the West Front has been strengthened, renovated and preserved.

Today, the Capitol Building and its outside areas cover 175,170 square feet and has a floor area of about 16.5 acres.Besides being the home of three branches of our government, it is also a museum of American art and history.

Spirits who can’t let go of the injustice done to them find themselves stuck in this world.

Spirits who were stopped in fulfilling their roles by a sudden death like to try to continue on in some way.

Sometimes a spirit can’t rest until something is made right.

People guilty of a dastardly deed sometimes are stuck at the place where it was done. 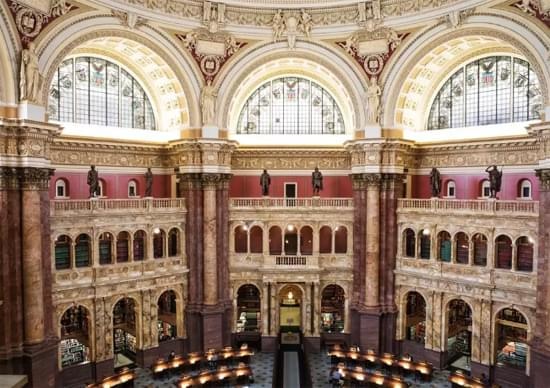 At least 15 ghosts haunt the Capitol Building. Ten of these restless entities are listed below.

He was commissioned by President Washington to design the new capitol city, which included streets that were 100 feet wide, and an avenue which was 400 feet wide and a mile long, but unfortunately went a bit too far and demolished a new manor house because it blocked the view. Washington fired L’Enfant, and Congress refused to pay him for the work that was already done.

Consequently, the apparition of Monsieur Pierre Charles L’Enfant has been seen pacing the cavernous Capitol basement, still awaiting payment for his bill, now over 200 years delinquent.

He collapsed at his desk and died in a room off this grand hall, before he could give a speech honoring the military leaders responsible for the victory in the Mexican-American War, a conflict that Adams had been against from the beginning.

Adams has been seen in the grand hall that was formerly the House of Representatives Chamber, at the exact spot where his desk used to be located.

Killed after being in Office for only 4 months.

Garfield has been seen in the halls of the Capitol Building.

The Assassin of Abram Garfield

Has been seen on a stairway in the Capitol Building.

Henry Wilson’s Vice-presidential term was cut short when he died of pneumonia, which he caught while taking a bath in facilities that were formerly in the basement.

His apparition has been seen in the Senate Wing, and has been heard sneezing and coughing by guards outside the Vice-president’s office, when no one seen was there.

Also, in the doorway of the V.P.’s office, it has been reported that the smell of old-fashioned bath soap was noticed, and a deep chill could be felt.

He is described as having a long mustache, with dark, piercing eyes, and long black hair.

The easily recognized ghostly apparition of General John Alexander has been known to appear at 12:30 AM, looking displeased, while listening at the door of the room once used by the Senate Committee on Military and Militia, a committee that he once chaired in the 1890s.

General John Alexander’s apparition also likes to poke around a basement storage room, perhaps looking for his stuffed horse that by mistake was put into storage.

Spirit of a custodian, who died at work

He has been known to help the living employees do their job. A mop was seen swishing back and forth over the marble floors, being pushed by this unseen entity.

Spirit of A Mr. Twine

During the middle to late 1800s, the Library of Congress was located in the Capitol Building.

Mr. Twine was a truly dedicated worker and can still be heard by the guards, stamping away in his office.

This co-worker died of a stroke after putting $6,000 dollars of government bonds in a rarely used library book, because he didn’t trust the banks.

He can be heard opening up books, and flipping through their pages, looking for his retirement money. No such bonds were ever found by the living.

Why is there an angry cat apparition haunting the basement? Many years ago, when the Capitol Building was infested with mice, cats were let go in the basement to take care of the problem. All the cats were then caught and given to good homes. However, maybe one cat was left behind. Oops! Sorry kitty.

It appears and scares late night workers who have to go to the deep, dark parts of the basement of the Capitol Building. These frightening appearances usually take place before a national tragedy happens and when administrations change.

This account was reported by a guard and others. It is first seen as a normal, black cat, which purrs happily as it approaches the unsuspecting human victim in the dimly lit hallway. As this cat apparition comes closer, though, its body swells to the size of a tiger, and the sweet purring turns into a vicious snarl. With its claws extended, this huge cat leaps at the human contact, and then vanishes into thin air, leaving the human being terrified, but unhurt.

These manifestations have been on-going for years and witnessed by a boatload of people throughout the eras. Many more recent witnesses have been interviewed for various ghost specials seen on cable stations.

No hard evidence that may have been caught has been share publicly. 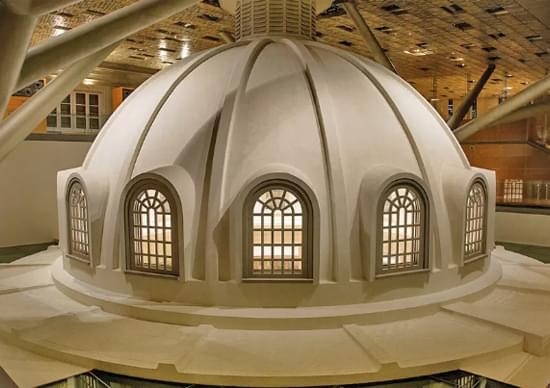 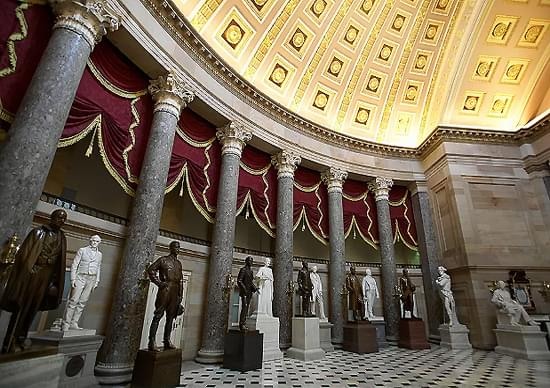 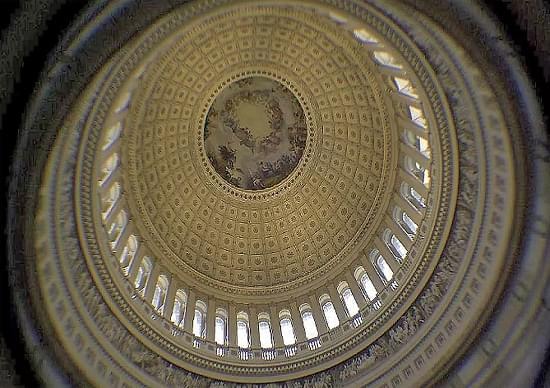 Yes indeed! Despite no published hard evidence, the many personal experiences reported for years have a lot of weight.

Washington D.C. – The Capitol is located on Capitol Hill at the east end of the National Mall. The Capitol Visitor center, the new main entrance to the U.S. Capitol, is located on the East front at First Street and East Capitol Street, NE.