Restless spirits from unexpected death and murder roam and visit. 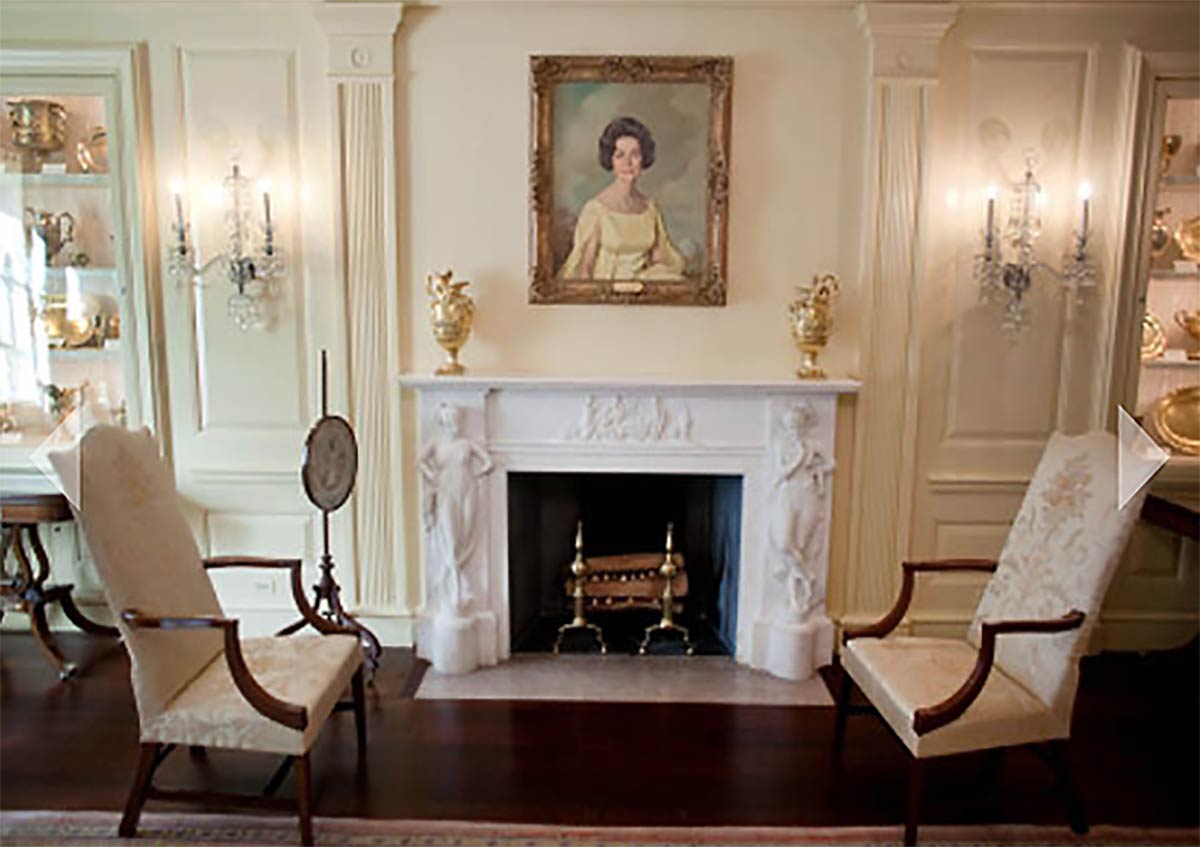 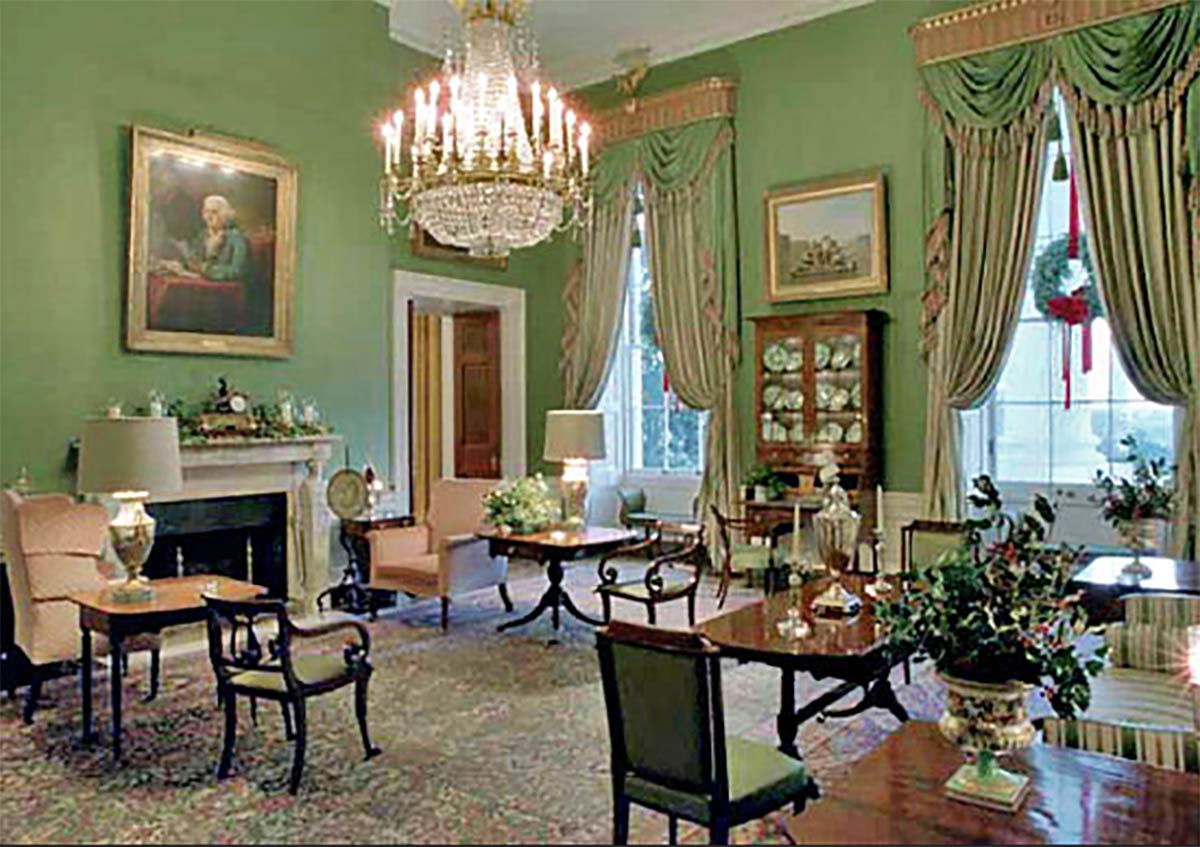 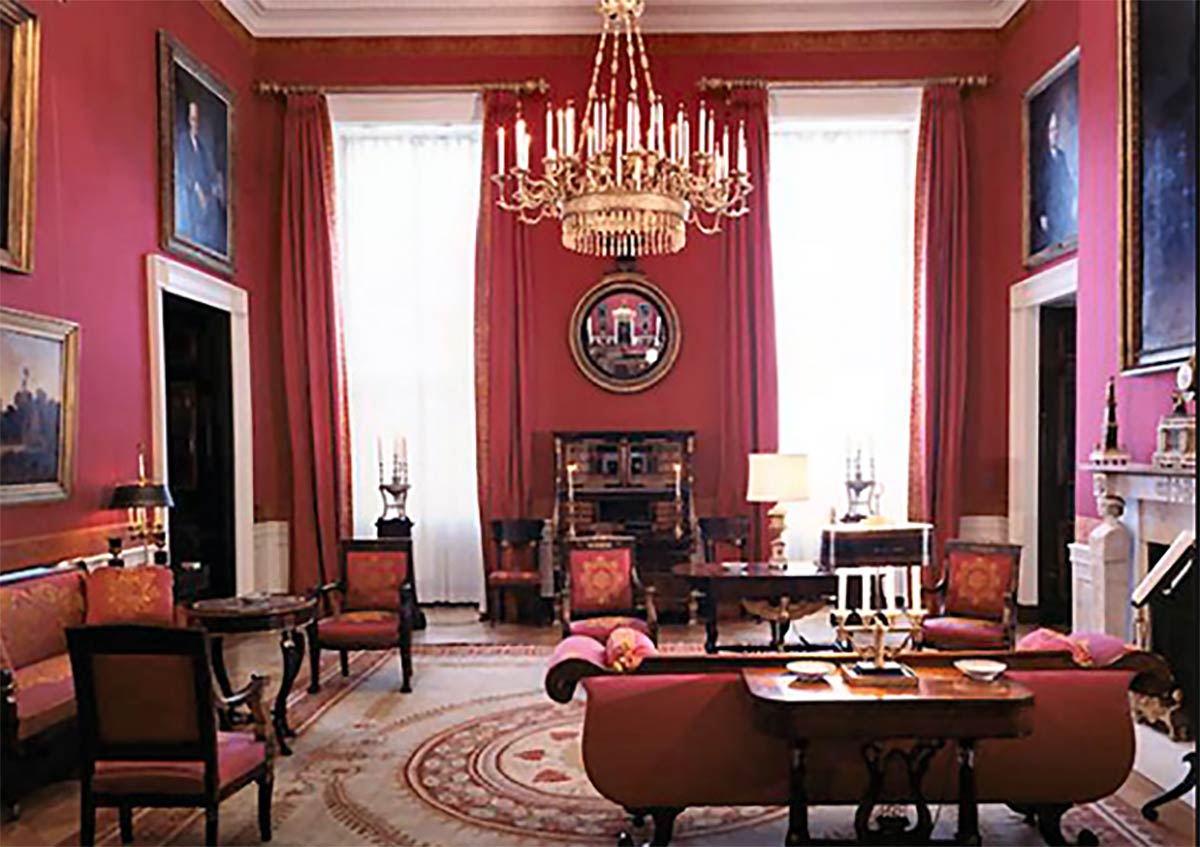 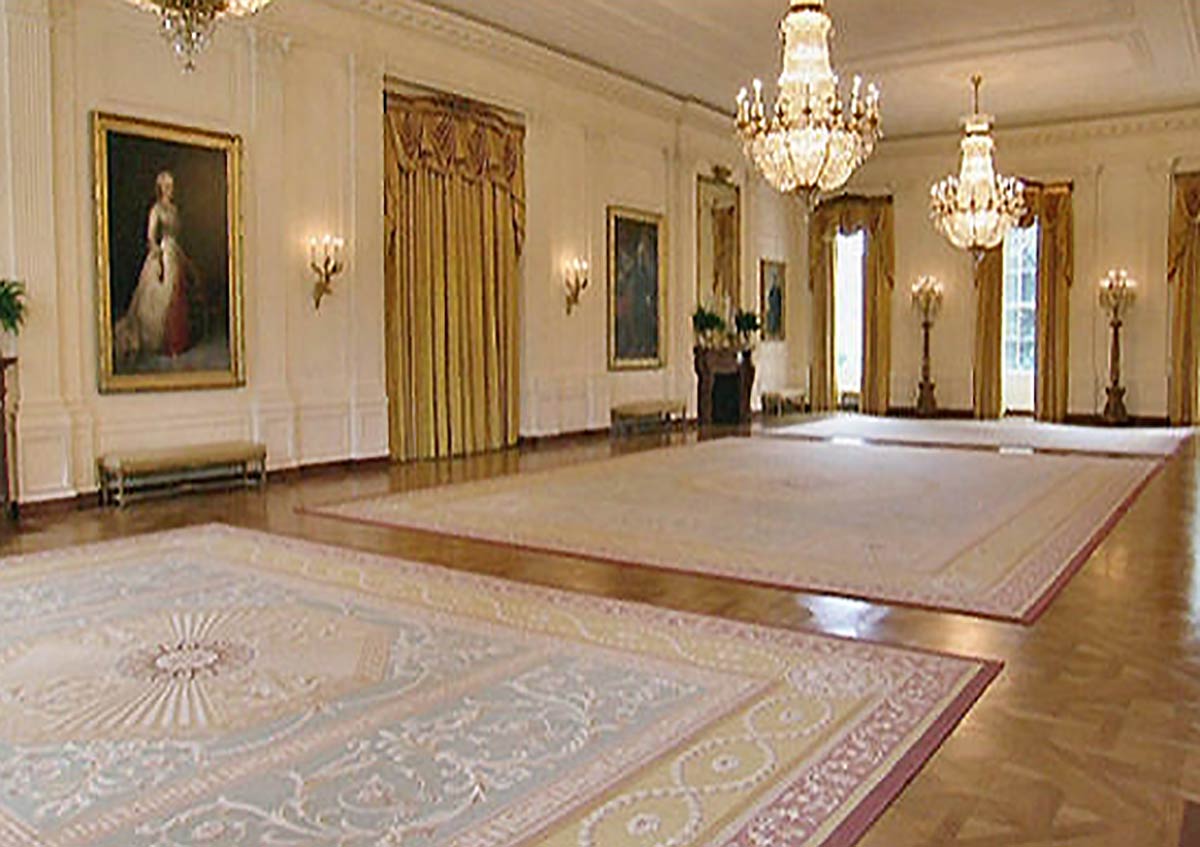 Our first President, George Washington, selected the site for the White House in 1791. After eight years of construction, President Adams and his family moved into the unfinished mansion. However, in 1814, the British soldiers burned it down during the War of 1812. They since are embarrassed about this and have apologized.

Undaunted, the rebuilding of this very important residence started in 1817, which started the process to expand the originally planned residence. President Monroe moved into this structure and supervised the building of the South Portico.

It was in President Jackson’s term that the North Portico was built in 1827.

This revered structure was carefully expanded, renovated and restored through its many years of service, to keep pace with the needs of the sitting president and the government. When it was becoming a wobbly fixer upper, President Harry S. Truman began a serious renovation/restoration of The White House and moved back in during 1952.

It has 132 rooms, 35 bathrooms, and 6 levels in the Residence. There are also 412 doors, 147 windows, 28 fireplaces, 8 staircases, and 3 elevators. The White House Kitchen is the dream of anyone who loves to entertain. They can serve hors d’oeuvres to 1000 guests and serve 140 at a sit-down dinner. 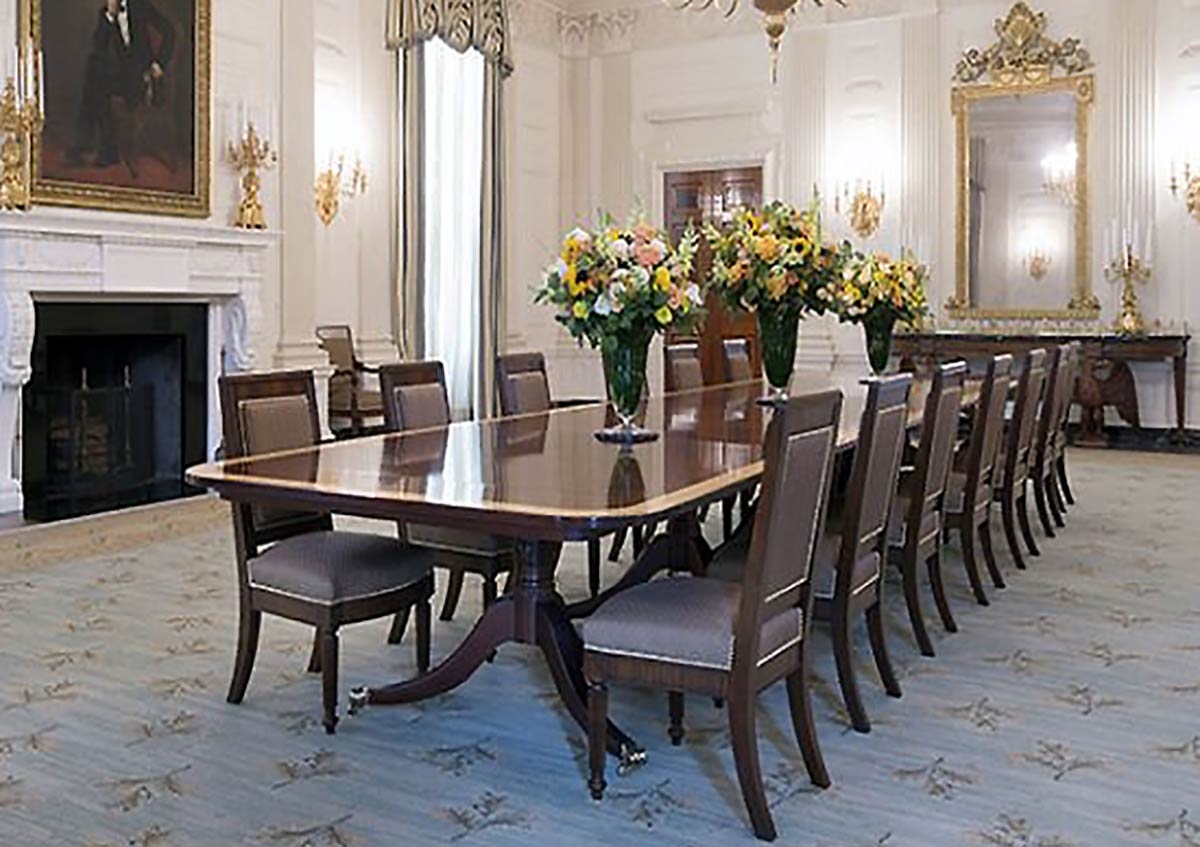 Once a spirit door is opened by spiritualist activity it can remain open allowing spirits easy access.

People who die unexpectedly with unfinished business sometimes try to find ways to find peace in this world.

People who loved living in a special place of their lives like to revisit memories or actually try to do favorite things.

The spirits of President Jackson, Abigail Adams and Dorthy Madison like to enjoy their memories by doing favorite activities 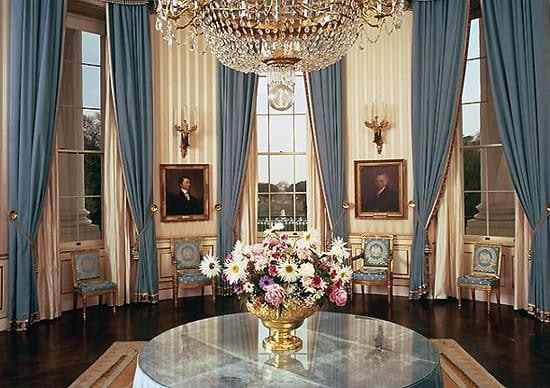 Restless spirits make their residence here, and don’t have to go through security, or have secret service people following their every move.

The most troubled, restless spirit has to be President Lincoln,

who stays for a visit during trying times for America.

During the eve of a National crisis, such as war, his spirit is very restless and his presence is felt round – the – clock, in silent support of his beloved country, the United States of America.

Lincoln was visually seen by Mary Even, who was Eleanor Roosevelt’s servant. She saw the apparition of Lincoln in the northwest bedroom, busily trying to pull on his boots.

Others have seen him lying quietly on his bed, deep in thought.

Others have seen him standing at the oval window which is located over the main entrance of the White House.

Mrs. Roosevelt felt a presence watching her when she was working late.

The late Queen Wilhelmia, while sleeping in the Queen’s room, was awakened by knocking at her door. When she opened the door, she came eyeball to eyeball with the apparition of Lincoln, and promptly fainted.

As she liked to hang the laundry in the house, she apparently still did this even in spirit form.

Members of the Taft family saw Abigail Adams walk right through the closed doors of the East Room, with outstretched arms.

Spirits of Pat and Willie, were said to have regular visits with their family.

Still loves to work in the White House Rose Garden, tending the bushes.

When people were thinking of tearing it out and moving it, the spirit of Dorothy Madison appeared and plans were dropped.

Yes indeed! While some may have moved on because of all the changes made, others still visit or stay for their own reasons that compel them to do so.

No paranormal investigations have been allowed, but seances were held by Mrs. Lincoln, which gave her some comfort seeing her sons in spirit. Boatloads of visitors, guests, staff and first families have given testimony to the spirits who stay or visit here. 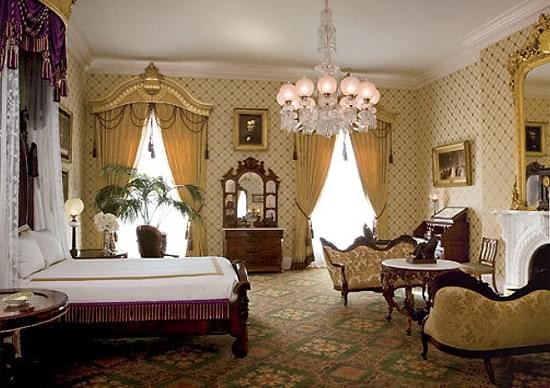 The White House is located on 1600 Pennsylvania Avenue NW, that runs between Madison Place NW and Jackson Place NW well behind on a large grassy lawn in front of it. it is well-secured though tours of the residence can be taken. Lafayette Square is just north of Pennsylvania NW. 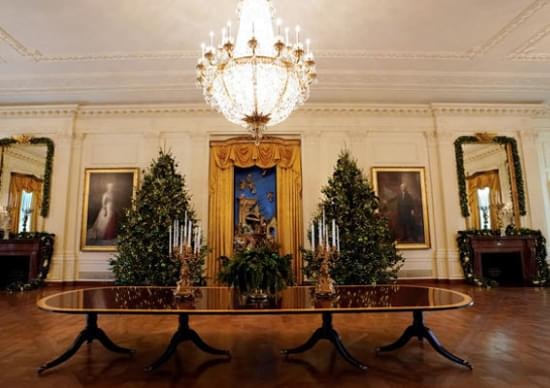