A full-of-fun entity and a ten year old, a handful, reside here. 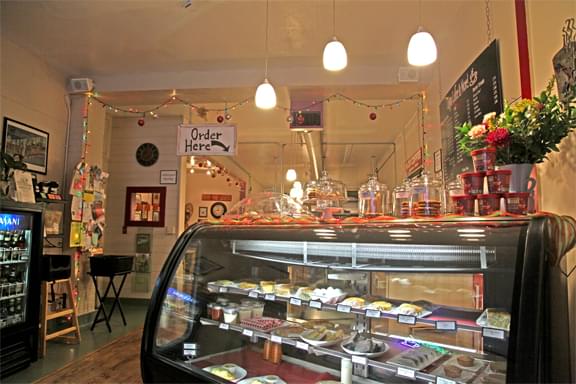 Cuppa Coffee & More is a Coffee Shop with a friendly atmosphere, located on the first floor of an older, smallish cement/brick building that shares its walls with other little Mom and Pop businesses along Main Street in Placerville; an old 1849 gold town.

While the original structure was built in the Gothic Revival style, the building has changed throughout its 150 year history, perhaps a victim of one of Placerville’s fires. Today, the outside of the structure has semi-plain walls of cement, with some light decor, and green shudders around the windows. There is a metal fire door on the outside of its back door to the space outside.

Inside, the walls are brick, and the floors and tables are wooden; nicely done and kept up. The second floor rooms are used for possibly storage, an office or a living space.

The atmosphere of the inside of Cuppa Coffee and more is airy and welcoming. It’s tasty menu and delicious coffee and tea are geared toward the Breakfast, Lunch and Afternoon snack crowd; being open from 7 AM to 4:30 pm during the week days, and from 8:00 to 4:30 pm on Saturday and Sunday.

Twelve months a year the local populous have supported this favorite coffee shop. Tom and I enjoyed a tasty lunch with a cup of delicious coffee, and were impressed with the friendly staff. Some of the tables are arranged to encourage conversation among their customers.

Their food offerings are special, not often offered in coffee shops. They also provide selections for vegans and gluten-free patrons. All pastries, breads, pot pies among other offerings are fresh; made from scratch. Marie Calendars can go pound sand! 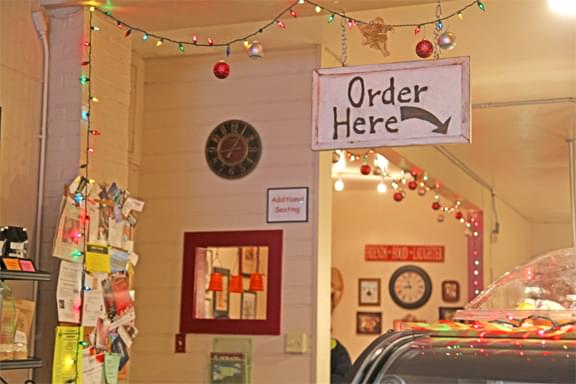 The once Gothic Revival, two story building that now houses the Cuppa Coffee & More was built during 1855 as the home of Caspar Hart and his family, from South Carolina.

Not much is known about Caspar but his name. Town records were destroyed in one of the fires that roared through Placerville, destroying the former information about the people who lived and worked here.

While the name, “Caspar” was the name of one of the three kings, in the Christmas Story, it has long been popular over in Europe and Scandinavian countries; not so much in America. American parents sort of used it, but stopped during the 1930s.

When the Civil War broke out in 1860, Caspar left Placerville after selling his house and went home to South Carolina.

For the next 150 years, many tenants or owners probably lived on the second floor while running some kind of commercial endeavor: store, bar, or eatery, etc. on the first floor.

The coffee house, “Cuppa Coffee & More”, came into being in March of 2010. When told that there were spirit residents, Owner Jill Barnes and partner chef Melissa Arcona invited a local ghost hunter in to record and check out what sort of spirits stayed there. They were told before they moved in about their spectral residents, who have taken a shine to them!

Satisfied, Jill and Melissa opened for business and won the hearts of local people as well as visitors to Placerville with all their home-made items on the menu and friendly demeanor. 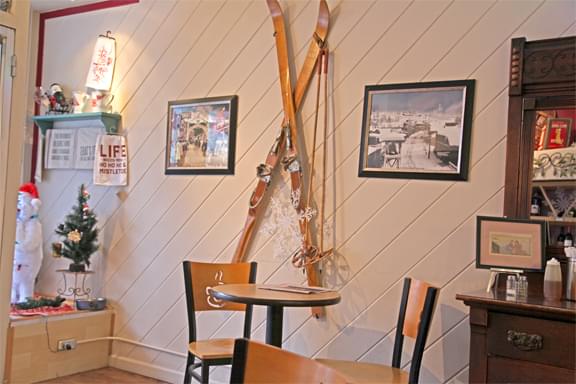 People who are killed near a structure, often decide to move into a building close by.

One male spirit, Tom, was shot dead right outside the Cuppa Cafe building, during the early days, or after 1855, or during the mid to late 19th/early 20th eras. Young men who are killed in war or violent action, sometimes get their chuckles by teasing the living. The male spirit, Tom, that stays at Cuppa Coffee & More, like to tease the staff, chef and owner. He focuses on those who are the most startled.

People who unexpectedly die in a structure, sometimes stick around and try to live their lives here in spirit form; do things they did during their lives. Personalities remain the same in spirit people; as when they were alive.

A ten year old girl entity, Amy who probably died from disease, loves to be on the first floor, especially the bathroom and kitchen; when the store is open. She must of been a handful; mischief-prone and outgoing.

The entity of Tom, who was shot, was probably a jokester when alive.

The author of GOLD RUSH GHOSTS of Placerville, Colona, and Georgetown, Linda Bottjer, theorizes that perhaps jokester Tom out-did himself in doing a prank, but picked the wrong person with no sense of humor who wound up shooting Tom.

Children who die sometimes decide to stay in this world and look for their parents at the last place they saw them. Ten year old Amy has taken a shine to chef Melissa Arcona, and they have a close relationship.

Jill and Monica have seen vapors near the ceiling and mists floating around the first floor.

Both entities like classical music and Frank Sinatra. Hip Hop and other music not on the approved music list is disrupted by turning the dial of the radio and by other odd actions not readily explained!

To get attention, she loved to play in the bathroom: unroll toilet paper, pull out all the paper towels, and run the faucets. Melissa scolded her about this behavior, like a mom would, which comforted Amy in that she has a mom-type in this world to stop her like her real mom probably did.

Entity of Tom in his twenties

He has fun pulling harmless jokes; especially on people who react so beautifully.

Turning chairs out of place in the eating area upsets the very orderly floor manager, who likes everything in place. 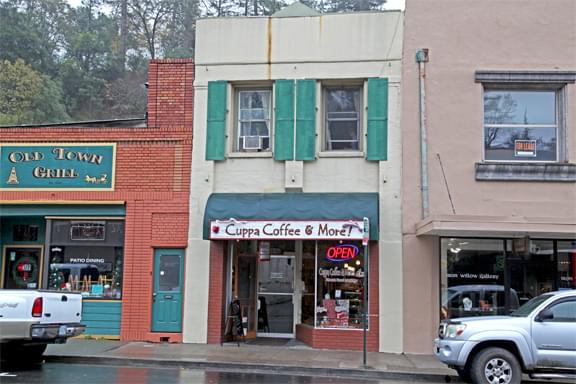 Yes Indeed! Both Tom and Amy like to have contact in their own ways with the staff, but never scare the customers, being respectful of Jill and Melissa’s business.

People in this building throughout the eras have had paranormal experiences.

These spirits were first identified by psychic Nancy Bradley who was brought in by Bakers who were opening their Bakery in 2000 in this building, after experiencing the pranks of these two entities.

Jill and Melissa invited a local ghost hunter in to investigate with his tools. He probably caught some EVPs that confirmed that two playful but harmless spirits would share the building with them, giving Jill and Melissa peace of mind to open their Cuppa Coffee & More business.

“Cuppa Coffee & More” is located in the old historic Placerville business district on Main St. between the OLD TOWN GRILL, and the rather large, two story Rood Building that has a variety of small businesses inside, and two along the street front.