A flirty spirit who can be frisky with the ladies lives here!

The spirit of a possessive grandma also resides here.

The Buford House is a two story, 1880 adobe that has been nicely preserved. It once was a bed and breakfast and may be again very soon. It has the common rooms on the first floor, and the bedrooms on the second. 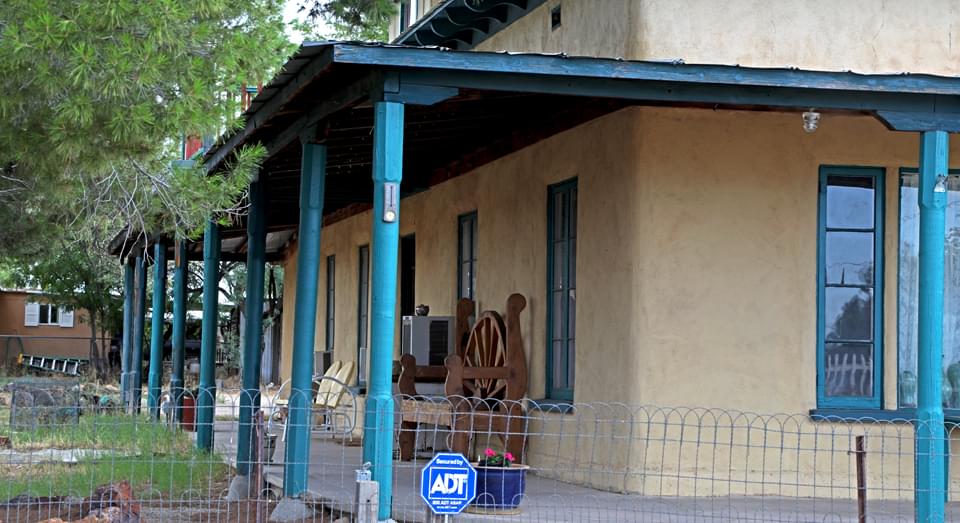 In 1880, the Buford House was built by a prominent mover and shaker, George Washington Buford. The Buford family lived there until 1888. While prosperous, Anne and George were unlucky raising children here. Out of seven children, three died from the disease epidemics that raced periodically through town.

Over the years, many families of good character lived here, adding to the very strong structure that they inherited. One such improvement was adding walls to make real bedrooms, instead of having canvas walls as dividers. More modern outside material has been added to the outside of the house, as well as remodeling the inside to meet the living standards of its owners.

It was used as both many private family homes and for commercial enterprises:Boarding house or bed and breakfast. It never was abandoned or neglected. It was never used as a bordello; mostly middle to upper class folks, who valued civilization and law-biding habits. Law enforcement folks, politicians And other folks such a businessmen lived here.

There are two spirits who reside in this house. Neither are pleasant benign residents.

People who love their homes while alive, may decide to reside there as spirits. They may claim a space or house as their own, and may not be willing to share it all the time with the living; not fully trusting the living.

A female spirit doesn’t always share well with others.

If a body is disrespected by being buried in an unmarked grave such as in the yard or hidden from the living in the basement due to foul play, spirits can be restless.

Human bones were found in the corner of the basement. If this man died of natural causes, accident, or disease, why was his body hidden in the basement, instead of the graveyard at BOOT HILL?

Betrayal in love can lead to murder and or suicide.

Perhaps this man walked into an affair, catching his wife with her lover.

Perhaps this spirit found out that the woman who he loved, didn’t love him and chose another.

Town lore tells the sad tale of George Davies, who loved his neighbor across the street from his family’s home, Cleopatra Edmonds, with all his heart from his childhood. They grew up together, bring neighbors; probably went to the same school. He went away for awhile to work in a silver mine. When he had made a nice amount of money, he came home and hoped to ask her to marry him at a gathering of friends and family.

Imagine how he felt when Cleo rejected him and went home with another man. He was beside himself and shot her in front of her house, and then shot himself in front of his father’s house, after saying good bye to his Dad. Cleo recovered and married Walter Lombardi, and they lived in the house right across from the Buford House a block and a half away from her childhood home. George never lived at the Buford House. If his spirit followed Cleo around, he would’ve been haunting the house across the street from the Buford. (Source: Haunted Tombstone, Cody Polston research found.)

When people kill themselves out of rashness and the feelings at the moment, as spirits they may regret it and try to enjoy what they did while they were alive, and try to interact with the living as best they can as spirits.

Either George Davies or some other man who killed himself or was killed by someone else may try to enjoy this world the best they can. I doubt George Davies would bully women, but the other man who belongs to the bones found in the basement, may have a rougher character. This male spirit doesn’t act like someone who committed suicide.

Negative, bullying, rough people don’t gain any new virtues when they become grounded spirits. These kinds of people can exist in any economic group.

Perhaps this spirit was an abuser who indulges his needs here and there.

People who were buried in the ground on open land, and the living build on top of the grave, the spirit can haunt this structure.

It is possible that the body of this spirit could’ve been a miner/prospector murdered by Apache Indians or a foe, and was buried on this property before the adobe was built, during the wild time of 1877-79. Someone didn’t want others to find out what happened to him. His identity was erased. I think that this scenario makes the most sense.

Spirit of a Male

Has some anger issues and needs to try to dominate the living, making Buford House a popular place for paranormal investigation groups. Perhaps he has anger against himself or another person who grieved him.

He can be spectral bully. He wants attention. His spirit doesn’t act like a bereaved suicidal entity.

Not afraid to make his presence known, either unseen or seen. He seems to have the need to be dominant with living men and women.

He has been seen in mirrors; standing behind the living person. He has directly seen in a mirror by a paranormal investigator; a quick-thinking Ghost Tracker who snapped a picture.

He flirts by stroking women guests’ hair, and rubbing their necks. He gets overly frisky with female guests on occasion.

He held down a woman who was sleeping, lying on her stomach. She woke up after feeling electricity going through her body. She couldn’t move as this spirit sensually rubbed her behind. This incident was stopped when her roommate came into the room when she heard her name called.

Perhaps the spirit of the elderly woman stepped up to the plate. Yikes.

He turns lights on when the living are trying to sleep. He knocks on walls, doors and rings the doorbell in the middle of the night.

An investigator was sleeping in one of the bedrooms. Suddenly the lights go on.

He tells the spirit to turn them off and go away. The lights turned off.

Early in the morning, the unset alarm went off.

A gray-haired lady who likes to rock in her rocking chair in her perceived room sometimes has had enough sharing her room with strangers.

On occasion, she will appear to the guests staying in HER ROOM, and yell, “Get Out of My Room” at the people sleeping in her room.

She doesn’t give up until dawn. 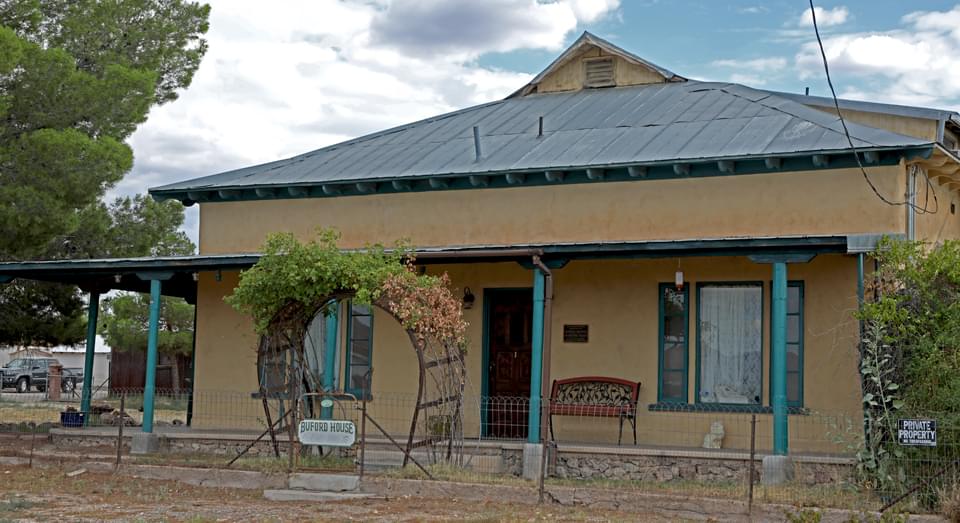 A huge Yes Indeed! So much so that the bed and breakfast has been “permanently closed” due to the unpleasant spirits who reside here. Perhaps they can make more money from paranormal investigation groups who can brave the very bold male spirit who isn’t afraid to make his presence known and get some enjoyment along the way. The grumpy former spectral home owner is rude and demanding and can be depended on to earn her space by complaining loudly to investigators.

If the owners hope to open again as a bed and breakfast, they will probably have to have a medium shaman come in and talk to both of them find out what the problems are. Perhaps if the man’s bones are moved to the Boot Hill Cemetery, buried with a ceremony, and put his name on the marker, he may find some peace. The medium may be able to hear his grievances about his death, give him some relief from his anger, and help him cross to the other side. If all this fails, he will have to be made to leave.

The spirit of the old lady could also be given a voice by talking to a medium. Perhaps a compromise can be met. Maybe her room won’t be used for guests, or the times someone comes to stay can be limited. Or perhaps she could be given the ultimatum; either gracefully share your room because the owners need to have income, or you can be made to leave.

For a long, long time, guests and residents have had these paranormal activities listed above.

This property has drawn many paranormal groups who have had boatloads of personal experiences, and actually caught images and spirit blurry manifestations in this haunted property. To name just a few: Ghost Tracks , Tombstone’s paranormal group, and even the Southern ghost Hunters Association whose main goal is to come up with alternative natural phenomena, not to prove paranormal activity. They are the ones that got a direct picture of a clear vision of the spirit in the mirror, who was looking right at them. That is one in-your-face spirit!

The Buford House is located one block north of E. Fremont Street on Safford St, neat the corner of N. 2nd Street and Safford Street.