More than one entity calls The Washington Opera House their after-life home.

The strongest spirit was a dancer who died before a performance.

The strongest spirit wants respect, but also tries to be helpful.

Being located right across the river from Cincinnati, Ohio, has made The Washington Opera House a popular place to be for those active in the performing arts. Many tours of a variety of performers, made it a point to perform here in this acoustic-friendly theatre throughout the years. 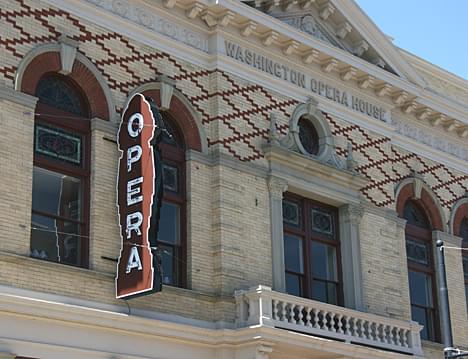 Historically, the local populace has fully embraced and supported its theatre, which is the fifth oldest performing arts theatre in the United States. This two story, handsome, solidly built, brick Washington Opera House theatre was built in 1898, right on the spot of the old opera house which had stood there since 1851 before burning to the ground on January 30, 1898. The Washington Fire Company lost no time in rebuilding this fine community asset, at a cost of $24,000. The Washington Opera House continued throughout the years, promoting not only the fine arts/films to the citizens of Maysville, but also provided a place to gather for community meetings and events, such as: school activities, patriotic rallies, and political debates.

Being located right across the river from Cincinnati, Ohio has long made The Washington Opera House a popular place to be for those active in the performing arts, including film since 1908, though it is now mainly a stage theatre. In 1962, an enthusiastic, long established thespian group, The Maysville Players, took over The Washington Opera House, leaving the theatre in the good hands of people dedicated to the arts and to the upkeep of this beautiful building. They are having their annual fund raiser on June 14th, 2008, Maysville Uncorked, which will be a wine tasting event, with entertainment provided by the talented Peter Oprisko. 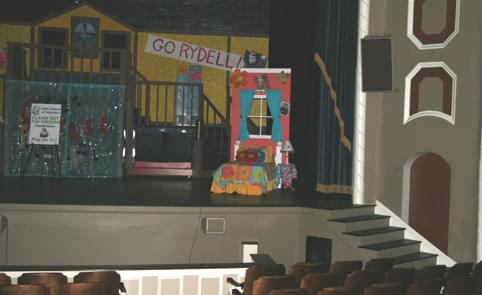 Maysville is also the hometown of the Clooney family. Though both Rosemary and George Clooney went on to become well known in TV and the movies, they both had a love for The Washington Opera House. In March of 2008, George Clooney held his movie premiere of The Leathernecks in this special theatre, with Universal Studios providing the technical equipment to turn this showing into a first class venue for this occasion.

The Washington Opera House, in 2005-O6, went through an extensive $2.9 million dollar renovation and restoration, reopening on Saturday, November 25th, 2006 with a sell out crowd in attendance. Tom and I visited The Washington Opera House one Sunday morning in May, 2008 on a road trip to gather pictures for our stories, and it is indeed stunning, looking much like it did in its prime, with a few modern renovations to meet the current building codes. The production of “Nunsense” was the theatrical presentation on stage. Currently, according to their website, they are auditioning youth from 6th grade and up for the upcoming summer musical presentation of SEUSSICAL JR., to be seen by the public on July 31st, August 1-3, 2008.

Many performers have enjoyed expressing their talents in this grand theatre, and it seems that many have decided to hang around or periodically visit this beautiful brick building of the performing arts, which has brought many fine productions and concert events to its enthusiastic audiences. More than one entity is thought to call The Washington Opera House their after-life home. 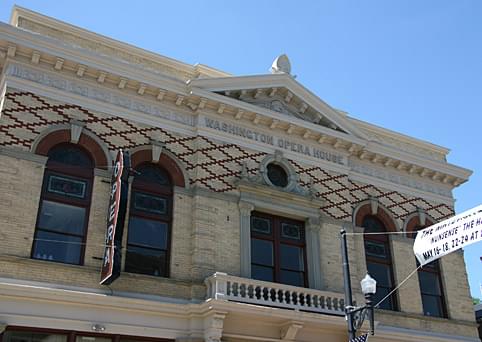 Though many of the entities which live there in The Washington Opera House are unknown, one is thought to be the spirit of Loretta (Laura) Stambo, a talented dancer in a traveling performance group of various performers, in the late 1800s. It seems that this group of performing artists had made it a point of traveling through Maysville probably once a year, when they went on tour, as Maysville is located in a convenient spot, so close to Ohio.

The story goes that The Washington Opera House was one of Loretta’s favorite places to dance on stage. On the night of one such scheduled performance, Loretta, who was suffering from a bad case of pneumonia, followed her heart instead of her head, and tried to dance her part in the show, but collapsed on stage before she could do so. She died later at her hotel room. Her dying request was honored, and she was buried in the dressing room, located right under the stage area.

Karen Laven, in her book, Cincinnati Ghosts, and Other Tri-State Haunts gives the reader some fascinating stories about the haunted spots which are found in Maysville. The Washington Opera House is one such place. To read the full stories and details, and incidents not covered here, buy this interesting book!

A picture of Loretta was painted on the wall of the lobby area. The eyes of this picture seemed to connect with some people, leaving them feeling a little uneasy. Several times it was painted over.

Each time, the picture came through, with the eyes of Loretta in this painting seemingly becoming angrier and angrier. It was finally painted over for good so far, so it is thought.

The entity of Loretta has been known to be helpful, ever the dedicated theatre enthusiast.

A woman who was working on scenery for a play asked a co-worker to bring her a nine foot long piece of plywood which was leaning up against the wall.

Slowly the wood in question floated down, defying gravity, and softly landed within reach of the woman, who thanked Loretta.

The entity of Loretta and/or one of the other entities have been known to watch over the performers on stage.

During a dress rehearsal, a wooden beam which was tied to a tier above an actress, came loose and normally would’ve hit the young woman, but was caught by unseen hands and glided to the floor – perhaps a group effort by the resident entities!

The entity of Loretta or one of the other entities like to get their chuckles on occasion, especially if the living stay after 12 midnight in rehearsal or in preparation, when they want the building to themselves.

Two people who were closing up one evening got a scare after seeing a long piece of rope, hanging in mid-air, not being tied to a rafter beam. A coldness in the air was felt.

A woman’s footsteps have been heard going across the stage area. 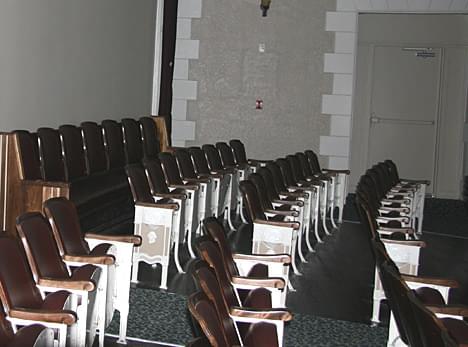 Many people have given witness to these manifestations throughout the years. Karen Laven did her homework and found some witnesses who actually experienced these occurrences. 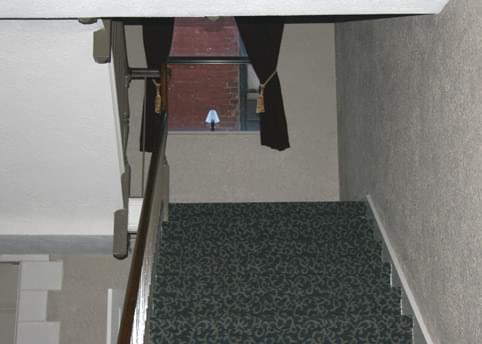 Maysville is located off the 62 /68 HWY, on the shores of the Ohio River, near the Simon Kenton HWY, which crosses over into Ohio. Second Street runs through the heart of old downtown. The Washington Opera House proudly sits on the corner of Grave Street and second Street. 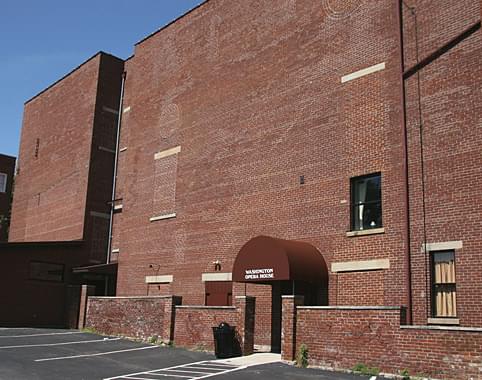 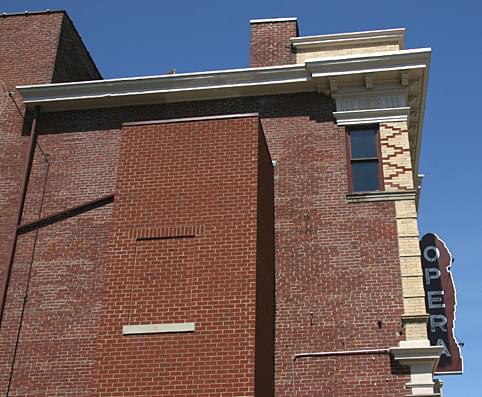