The Kehoe family spirits share their home with
the living, letting their true personalities shine.

The William Kehoe Historic Inn is a huge, four story, 1892 Victorian; basically Renaissance Revival mansion which also has a blend of other architectural styles creating a truly glorious mansion! Nice touches were added such as “Corinthian columns, decorative use of red brick and terra cotta moldings, and Italianate ‘eyebrows’.” Its most distinctive and unique feature is the “exclusive” use of cast iron for the exterior trim.

The William Kehoe house was made roomy enough to house a large family, and now provides 13 rooms for guests of the current William Kehoe House Historic Inn. The second and third floors housed the bedrooms. It is listed on the National Registry of Historic Places.

This glorious mansion was renovated and restored to its former glory and turned into a gracious bed and breakfast inn in 1992. In 2003, Kehoe House evolved further into a 4 star luxury inn as it joined master hotelier Richard Kessler’ s high class hotel family, who renovated this grand mansion further “to enhance its charming features and update amenities and decor for the select guests.” The inn has acquired unique antique and period furnishings as well as “state of the art conveniences in a casual relaxed atmosphere.”

The Inn has acquired unique antique and period furniture as well as “state of the art conveniences in a casual relaxed atmosphere.” 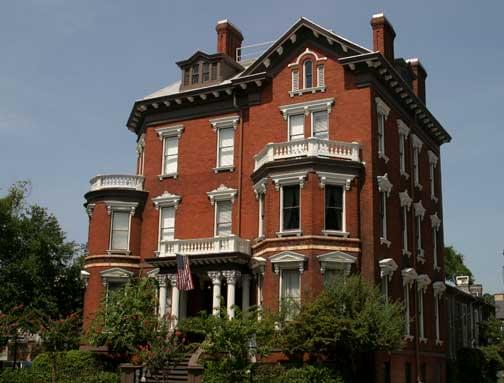 William Kehoe came from Ireland with his family when he was 10 years old, and grew up in a poor but loving, God-centered family. At a young age, he fought for the South in the Civil War. As a young man he apprenticed as an iron molder, worked his way up the ladder of success until he owned his own Iron Foundry. He made his fortune by his keen business sense, his skill, his pleasant personality and character, his ability to work with others and his hard work.

He married the love of his life, Annie, at the age of 26, with whom he had many children, 10 of which survived. Unlike many people in the well-to-do class, William and Annie didn’t let money ruin them and kept their values and belief in God, the giver of all gifts and blessings, front and center.

For most of the 20th century, Kehoe House was used as a mortuary. Sometime along the way it became a private residence. In 1980, famed football player Joe Namath bought Kehoe House for $80,000. Joe thought for a time about turning Kehoe House into a night club and disco, much to the horror of his Columbia Square neighbors. He changed his mind but held onto the home, fixed up the place until he sold it in 1989, for $530,000! 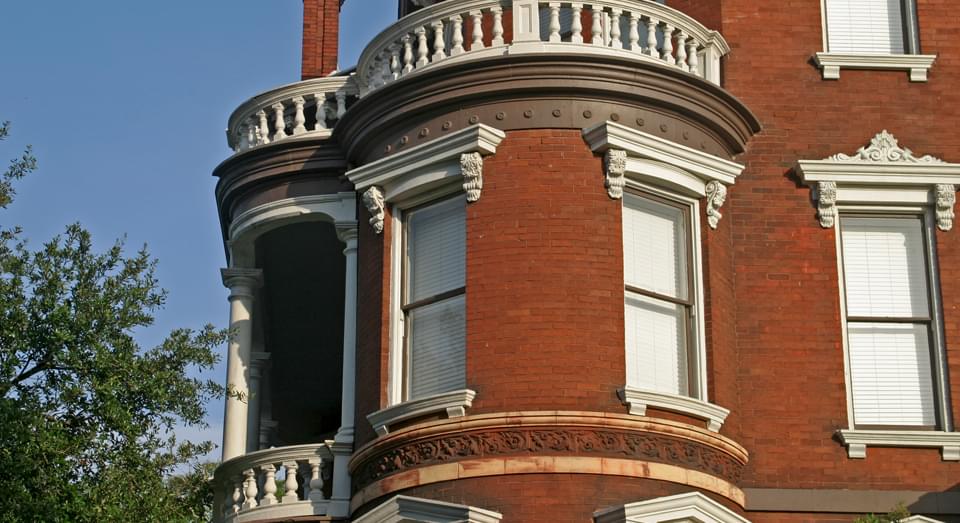 Annie Kehoe and William loved their house, a place where they raised their large family, enjoying a lifetime of fond memories.

William had his own study, up in the rafters in the room with the cupola, where it was quiet and peaceful, his special place to meditate and read.

The Kehoe’s master bedroom was on the second floor, while the children stayed and played in rooms on both the second and third floor. Instead of letting a nanny put the children to bed, Annie was the one who went up every night, heard their prayers, read to them and kissed them good night as they lay in their beds.

No one knows how many other Kehoe children not counted in the 10 which grew up, died as infants or young children through illness or other causes. It is reported that William and Annie’s twin (4-5) year olds, (probably boys, who must have been a handful), are said to have died in a dumb kid accident, while playing in one of the chimneys. The chimneys were consequently blocked up and decorated with angels.

The Kehoe home must have had not only their children, but the friends of the Kehoe children from the neighborhood. 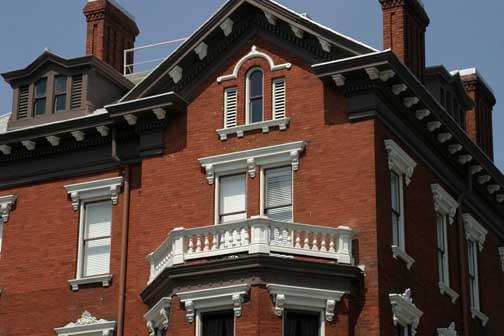 The entity of Annie Kehoe likes to visit the living in rooms 201 and 203.

A sweet, friendly female presence sat on the bed next to a sleeping guest in room 203.

The apparition of Annie has been seen sitting at the desk, writing in room 203.

The strong scent of roses has been noticed by guests.

The apparition of Annie has been seen going about her business in this room.

Annie Kehoe sometimes makes her rounds on the third floor around bedtime.

This entity gently, lovingly kissed on the cheek a former owner who was spending the night, laying in his bed in one of the bedrooms found on this floor.

Her apparition has been seen by the living on the third floor and her friendly presence has been felt on both the third and second floor.

William Kehoe’s presence is sometimes detected up in the study in the home’s room with a cupola.

During the evening hours, an unexplained light is sometimes seen in this unused room, which is far away from the noisy living, not to mention noisy ghost children! The entity of William still is enjoying this quiet time.

William Kehoe comes to visit, sometimes through the front door, perhaps to check up on the manners of the living.

The concierge was sitting at the check in desk, when she heard the door bell ring. As she could see through the lovely cut door glass that no one living was there, she ignored the door bell three times. To her surprise, not only did the front door unlock itself and open by itself, but all the outside doors in the house on all the floors opened as well!

The entities of the twins are pleasant little fellows, if a bit noisy, who have made themselves known to the living.

A woman was sleeping in the bed with her husband in room 201. She slowly woke up as she felt little hands softly stroking her hair and cheek. When she opened her eyes, she saw an apparition of a little boy, eye to eye and up close, who quickly disappeared.

The sound of little feet running up and down the home’s hallways have been heard by guests and staff.

Children’s voices have also been heard when no children were staying as guests.

One person reported on tripadvisor’s reviews web site: “We even got to experience the ghosts of the children on the night of a full moon! We heard them running and playing in the second floor hallway.”

Sometimes the voices of a group of children have been noticed by guests staying on the second and third floor.

The entity of Anne Kehoe is as gracious and kind as she was in life. Her little children show the same qualities of this kindness as well as exhibiting child-like behavior. William Kehoe also likes to pay the living a visit, perhaps to check up on the living on occasion, and enjoy his special room up under the cupola of the house. 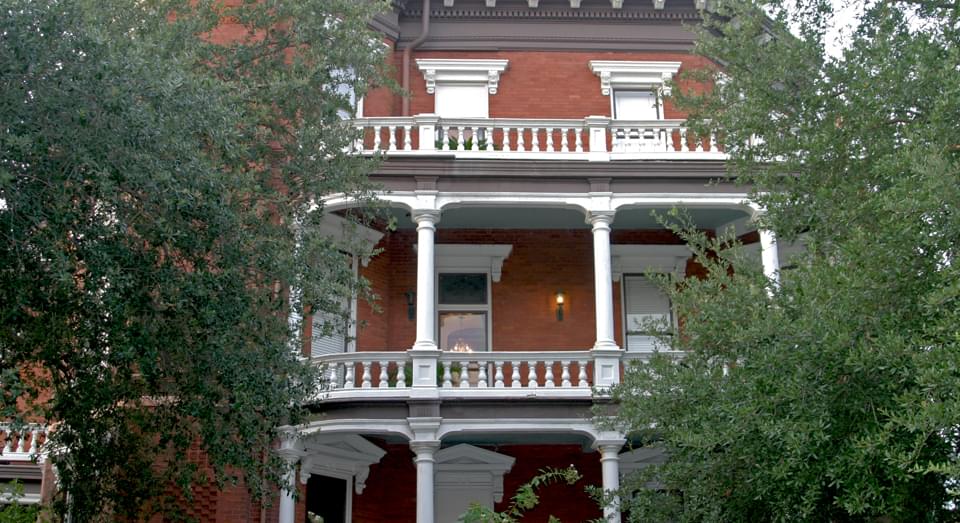 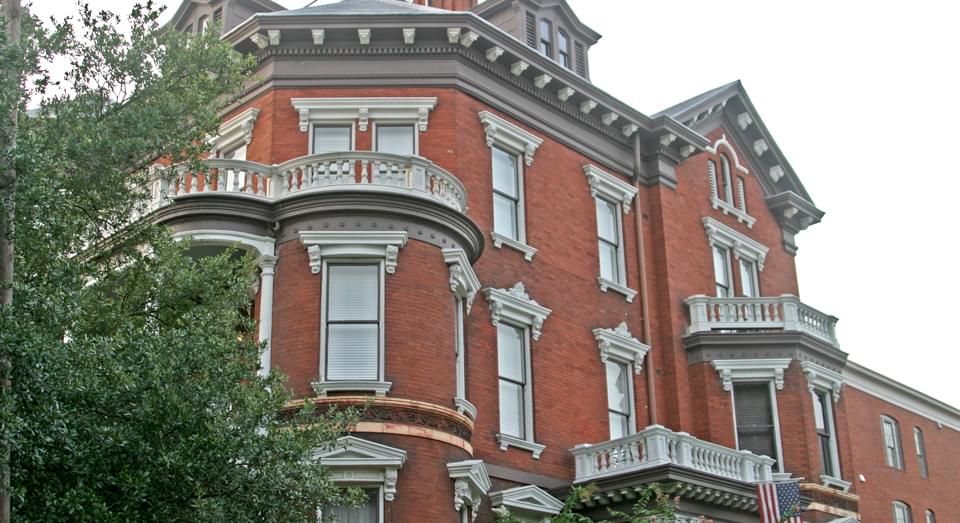 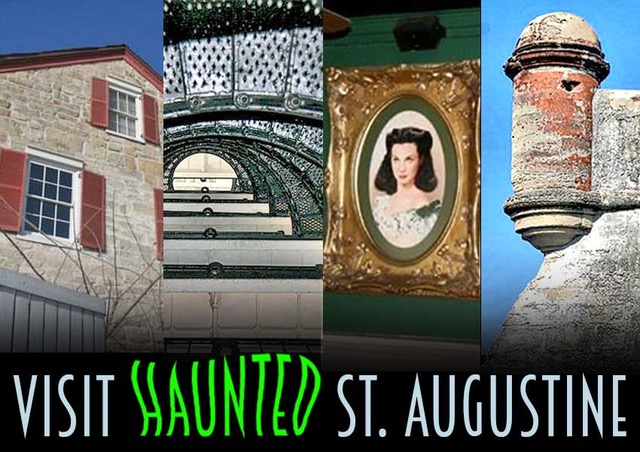